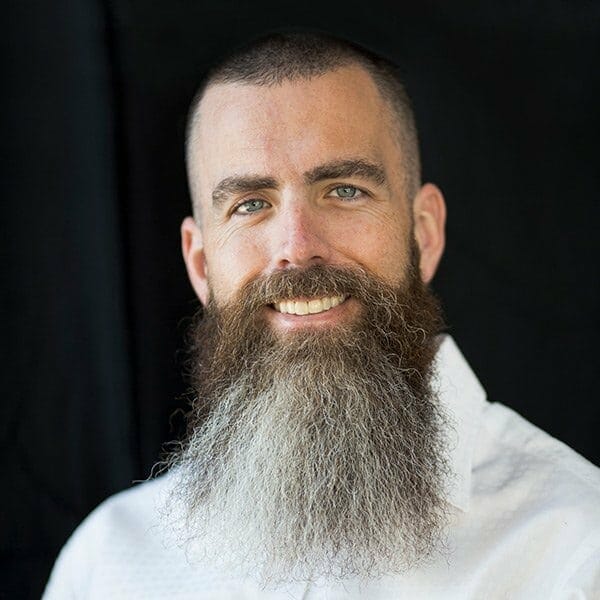 No matter what challenge I’m about to face, I will be able to overcome it, no matter how insurmountable they first appear.

Nate Lind is a seasoned entrepreneur based out of Corrales, New Mexico that has started several successful businesses and communities. However, success doesn’t come easy. It requires hard work, dedication, and personal sacrifice.

As one of the most invested and hardworking entrepreneurs, Nate is not letting his success breed complacency. In fact, Nate is already working on a new project, called Legendary Man – a community where men can express what it means to be a man in the modern world.

Where did the idea for Legendary Man come from?

Legendary Man came from getting together with a group of other entrepreneurs many years ago. We became friends. And that friendship turned into a trade show, a trade show called ADSUM, which happens in Aspen every year. I wanted to build the same friendship and brotherhood I built in ADSUM for the customers of my grooming products, I want a deeper relationship with them than just shipping products, I want to create a brotherhood where they can feel accepted, respected, admired and inspired. That’s how the idea for Legendary Man came to be.

I live life like every human being on the planet. I get up, brush my teeth, kiss my wife, go to eat some breakfast, get in the car. I mean that’s pretty much a day-to-day thing, but that’s my present reality. And in the reality of Legendary Man, we’re both in the moment and embracing it, but also every day looking for new ways to expand our offering and to expand our outreach, because I want to make sure I can touch every person who feels alone in this world and wishes they could go back to that innocence of childhood, and innocence of the teenage years with their buddies, and having a great time. And so, there’s nothing more productive to me than spending my life thinking about how I can help other people and what I need to do to do more of that.

How do I need to expand my outreach? Is it connecting with artists in other places who have their own followings and spreading the message? Whatever it is, that’s productivity to me.

Well, I suppose the same way everybody does. If I have an idea, obviously, it inspires me. I’m very visual, so because of that and that I have a background in art, and graphic design, and video, and websites, I’ll express the idea in a visual way and seek feedback. Feedback from my community, like authors writing a book, I’ll share with my friends, employees and family. So I’ll share with them my idea, and get their feedback and begin to refine it. I then make changes to it until it’s solid. Then I’ll introduce it to the broader community or our customers. There’s nothing unique about it. The only unique thing about me is I’m not afraid to fail, because I’ve failed so much I don’t give a shit about it anymore. Failure to me is just a challenge. Every bad day for me is a great opportunity to learn a lesson and kick ass the next day.

You know it’s such a strange time in our world right now. There seems to be so much negativity and awfulness all around the world. But what is exciting to see and provoking, is a trend that I’m really excited about: it’s the awakening of consciousness some call it mindfulness. We seem to be in a period of where people are more mindful than ever before.

People are expressing themselves and being open about their feelings without fear. And so, it’s a really exciting time to be in a grooming industry, because it means that if a guy wants to grow his beard out and wants to take care of it, he’s proud of it. Because there’s more people courageous enough to uniquely express themselves in this world. He doesn’t have to hide who he is anymore. And I love that about where we’re at right now.

Grooming my beard. Every morning I get up and I stand in front of the mirror, and I use my own products. And as I’m doing it I think to myself, “Nate, you’re taking care of yourself first. You’re looking out for something that’s important to you. And you’re gonna go take care of everybody else the rest of the day but you always have to make sure that you’re okay because if you’re not in good shape and you’re not feeling good about yourself, you’re not going to be of any service to anybody else.”

So to me, it starts with my beard. And that’s the best, most productive habit that I’ve ever had. Because in the past it was all about everybody else but me and I never really was able to live up to it because I never took care of myself first.

I would tell myself that I’ll be “alright.” I would assure myself that no matter what challenge I’m about to face, I will be able to overcome it, no matter how insurmountable they first appear. That climbing whatever that “mountain” is begins with taking the initiative and charging forward. I’d also tell myself to listen to my instincts, that when I’m drawn to people, partnership, friends, to embrace them and when I’m turned off, repulsed by pessimistic or hateful people to leave them “on the trail”. I’d also tell myself to take care of myself first and grow out my beard. I waited until I was 36 to start, it’s such an inspiring journey and expression of myself, plus it’s an amazing ice breaker with men and women alike.

That the Hulk grows strong and angry when people offend his integrity not when they pick on him.

See answer to number five, take care of yourself first and grow a beard (applies to men only!)

I listen to my community. Asking for community feedback is critical to success. It doesn’t mean you do everything they say, but you have to be receptive to their criticism and acknowledgments and recognize them for it.

I’ve always looked at failure as the feedback mechanism to allow me to grow. I embraced failure because failure is an opportunity to learn and grow. To me, oftentimes in my past, I looked for where I would fail because that’s how I would avoid not getting what I wanted.

I love this question! I always thought that someone should sell a really good canned baked beans. I mean really good! The options in the grocery store now are pitiful, my grandma has a recipe that she gave me and I perfected it over time but never did anything commercial with it. There is a sauce that actually comes from the creation of it as well that is amazing. I’ve been told I should make it into a sauce and sell it commercially. If there’s someone out there in the world that knows how to mass produce baked beans or sauces, hit me up, I’ll hand over the recipe (maybe for a small royalty? 🙂

I have two young boys that didn’t know how to swim, so my amazing wife and I spent about $100 on swim gear for our two boys. We bought them life vests, swim suits, goggles, swim caps, and a ton of pool noodles (not all of the noodles made it to the pool though, we turned about half of them into lightsabers using duct tape and electric tape for handles).

What was so great about this was the swimming experiences that came later for the boys and it armed them with fun stuff as they started swimming lessons. It’s just like what I do to prepare for a journey, get together all of the necessary gear and then go forth and explore. So it was fun getting them excited about something they were a little scared which is totally natural.

We’re all a little scared of the unknown, whether we admit it or not and whether we are courageous or not what separates the boys from the men. I’ll never forget an image of my boys running around the house wearing those swim caps, it was like those swim caps granted them some super power, they wouldn’t take them off.

Without a doubt, LimeLightCRM.com, it is the engine and brains behind our ecommerce and is a integrated with so many other systems it makes running a ecommerce company so much easier. They have amazing reporting which really helps the ecommerce owner understand not only what is selling, but if they are making any money or not.

No More Mr. Nice Guy by Dr. Robert Glover. I’m a recovering Nice Guy. It was life changing for me. It is the Bible on how men can look at their own lives, putting themselves first, and it gives them practical application to build their own communities and live their life so much fuller than they were before.

“Success is walking from failure to failure with no loss of enthusiasm.” — Winston Churchill