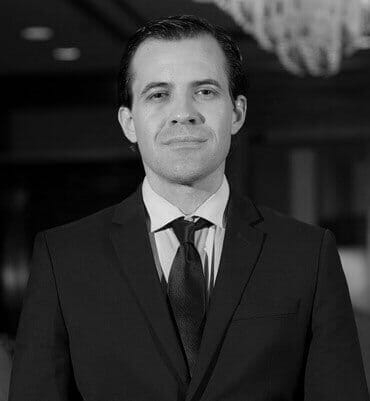 Treat everyone equally and with fairness and respect. It’s cliched but true.

Life moves fast in Las Vegas. And not always in a proper direction. From a mob-heavy history to the recent “Las Vegas shooter,” day-to-day living for residents can be very different than what tourists see.

Growing up in an environment where he saw the ‘good, the bad and the ugly’ mix and blend, Nicholas Wooldridge noticed something about the justice system at a young age. There are two measures of justice. One for the white and wealthy and one for the rest of us.

Now, a top-echelon criminal defense attorney in Las Vegas, Mr. Wooldridge has developed a law firm focused on providing a voice to those without a voice. With years of experience, combined with an aggressive courtroom approach, Mr. Wooldridge has successfully defended defendants across the numerous layers of society.

Built on the idea that “justice delayed is justice denied,” Mr. Wooldridge opened his law firm and remains focused on one concept: “truth and justice for all.”

Mr. Wooldridge has been acknowledged for his achievement on the local, state, national and international levels simultaneously — a feat not accomplished by many. From representing global criminals to petty crooks, Mr. Wooldridge has combined his expertise and experience with compassion forged from witnessing all of life’s trouble and trials.

A dynamo in the high-stakes legal world of New York City, Mr. Wooldridge decided to return home to Las Vegas. His reputation grew as he treated each client with respect. Mr. Wooldridge is as comfortable in a corporate boardroom as he is at the corner restaurant as he works with clients from all backgrounds, occupations and income levels.

Growing up in Las Vegas I noticed quickly there were two dispensaries for justice — one for white, wealthy people and one for everyone else.

The supposed scales of justice were heavily tipped towards one group and away from the other. I felt that as a criminal defense attorney I could help rebalance the scales.

My family, as I was growing up, weren’t wealthy. I had to struggle financially to afford college and law school where most attorneys rake up debt over $100,000. I was fortunate, worked hard and managed to get through law school — with honors — and no remaining obligation.

I defend individuals who have been charged with violating a law or statute. My clients come to me from all backgrounds. I’ve defended persons accused of international cyber hacking and white-collar crime, and I’ve supported local individuals charged with petty criminal acts.

How long did it take for you to become profitable?

Great question, but first you would have to define “profitable.” If you’re talking about when I first saw more cash flowing into our law firm than out, well, that took a couple of months.

I moved back to Las Vegas after practicing law in New York City for a decade. Opening a law firm means a lot of “hidden” costs which have to be paid, but aren’t always included in the final tally when budgeting.

Opening a law firm is costly. Licenses have to be obtained, resources collected and advertising must be handled. I’ve been fortunate though. Many attorneys find it may take years before “turning a profit.” For me, it was just a few months.

When you were starting out, was there ever a time you doubted it would work? If so, how did you handle that?

Not really. I’ve never doubted “it” would work. Remember, I had already practiced law in New York City for a decade before returning home to Las Vegas, so I had that cushion of experience.

But with that said, there are different dynamics at work when you’re one partner out of dozens in a large, established and respected law firm than when you are the partner, manager, and counsel.

How did you get your first customer?

Through a referral. A friend who I had gone to high school with knew someone that was facing some problems with law enforcement. Obviously, I can’t give details — client confidentiality — but I met with the potential client, and the case screamed unfairness.

After months of delaying tactics by the prosecution, the case was eventually dropped. That client went on to refer several of his friends.

What is one marketing strategy (other than referrals) that you’re using that works well to generate new business?

Treat everyone equally and with fairness and respect. It’s cliched but true. Word of mouth is the best form of advertising.

If you see an attorney in a commercial bragging about their success rate, well, that’s one thing. But when a friend — someone you’ve known and trusted — suggests a particular attorney, that carries weight.

What is the toughest decision you’ve had to make in the last few months?

Probably moving back home has been the toughest decision even though it’s been more than the “last few months.”

In New York City, I was part of a firm established by Arkady Bukh, an internationally recognized criminal defense attorney. Arkady and I enjoyed more than just a standard “boss/employee” relationship. We were — and still are — good friends.

While it’s seldom easy to pick up and move across the nation, there’s a certain sense of thrill and accomplishment — mixed emotions, you understand.

What do you think it is that makes you successful?

Doing the right thing every day. Treating each person that comes into my office the way I would like to be treated if I were in their shoes. Understanding that good people make mistakes and providing the best legal counsel and advice I can.

Being a success isn’t always measured by dollars and cents. Often cash flow is the least accurate measure of a man’s success.

What has been your most satisfying moment in business?

Not “moment” but moments. More than one. More than a few. Each time we succeed in winning a case which could have gone a different direction is satisfying.

There’s a certain ethereal satisfaction in watching a client’s physical reaction when they are found ‘not guilty.’ It’s a though a weight has been removed from their existence and an observer can see that.

What does the future hold for your business? What are you most excited about?

Who knows what the future holds? While we are planning for sustainable growth, we are also realistic and understand that there can be many twists and turns in the road tomorrow.

The possibilities and potentials excite me. With the current administration in Washington, people are starting to feel that constitutional rights are being trampled and tossed out. The opportunity to work with — and for — those seeking equal treatment under the law will probably grow, and that’s a good thing. More people are becoming aware of how fragile Americans’ rights are.

We’re at the forefront of the fight as we’ve already positioned ourselves to speak for those who do not have a voice in the justice system.

What business books have inspired you?

While not a “business” book per se, I enjoy reading and re-reading anything by Wayne Dyer. He’s dead now but the books he authored carry a truth in them that go beyond any of the typical “business books.”

Anyone can write a book on accounting or how to manage a business. But it takes a person with a special something inside their soul to spell out, in plain, simple English, the mystery of the ages which defines inspiration.