Author of "The Minds Behind the Games" Series 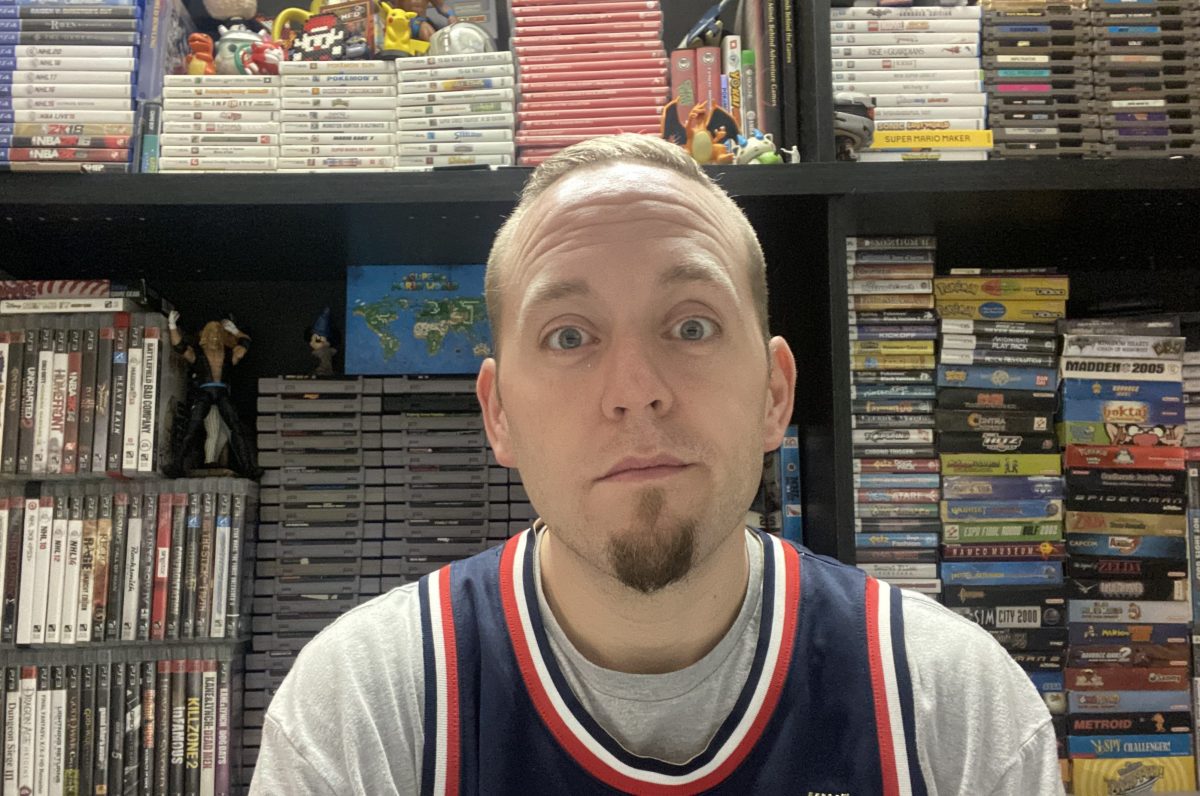 Patrick Hickey Jr. is a full-time Lecturer of English and Assistant Director of the Journalism program at Kingsborough Community College and is the Founder and Editor-In-Chief of ReviewFix.com. He’s also a former News Editor at NBC Local Integrated Media and National Video Games Writer at Examiner.com where his work was mentioned in National Ad campaigns by Disney, Nintendo and EA Sports.

Hickey was also the Editor-In-Chief of two College Newspapers before he received his BA in Journalism from Brooklyn College. Hickey’s work has been published in The New York Daily News, The New York Times, Complex, The Hockey Writers, Yahoo!, Broadway World, Examiner, Bay Currents Newspaper, where he served as the paper’s Sports Editor, the Brooklyn Papers, the Wave of Long Island, Brooklyn Free Press, Blasting News, Tri-Games.net, The Lo-Down, the Brooklyn View, NYSportsday.com, NYSportScene Magazine, ProHockeyNews.com, GothamBaseball.com, The Syracuse Post-Standard, BBallCentral.com, PlayLikeAGirlSports.com, NYCityWatch.org, Scout.com and the official sites of the Brooklyn Aces and New York Islanders.

In addition to journalism, Hickey Jr. is a voice-actor, having starred in the 2018 indie hit and 2019 Switch, PS4 and Xbox One release, The Padre (also serving as English language Story Editor), from Shotgun With Glitters. A sequel, The Padre: One Shell Straight to Hell is currently in development and Hickey is back as a Story Editor and Lead Voiceover performer. Hickey is currently writing the story for the upcoming game, KROOM, where he will also be performing voice-over duties. Hickey also plays the role of Rex in the upcoming indie game “Relentless Rex,” and served as the narrator in “The Kaiju Offensive,” which hit Steam in 2019.

Where did the idea for The Minds Behind the Games come from?

I was 33 and my wife was about to have our first child. As a journalist for over a decade, I had never written a book. I knew I may only get one shot, so I combined the two things I loved the most (away from my family) video games and journalism. The end result was The Minds Behind the Games book series. Interacting with so many video game developers has since opened up doors for me as an Editor and Voice Actor. As of this writing, I have written four books and am finishing two more and done editing, writing and voice over on six games, over the past- in three years. To say it’s been insane over that period would be an understatement.

I wake up early because I have two children under three, and I go to bed late for the same reason. Whenever I can, I am sending e-mails and pitching- sources for books, sources for pieces for my site, ReviewFix.com and for the magazine I work for, Old School Gamer Magazine. I am also a full-time College Professor, so there’s always classes to teach and papers to grade. Whether it’s at home, on my phone, or on the bus and in my office (before COVID), I’m always making the most out of every second. I’m writing the answers to these questions, as I work on two articles before bed haha.

With passion. I haven’t met any of the video game developers I interview for my books, so I have to come across knowledgeable and passionate. Without that, I’d have nothing.

People caring about history. People wanting to read more. COVID has affected our lives in a myriad of ways, but I think it’s made us want to know more about everything. Luckily, as a historian of the video game industry, that’s exactly what I do.

I don’t make excuses and I’m absolutely not scared to be annoying. I’ve been told by sources before that I am pushy, but they understand my mission. That’s all I could ask for.

To not be scared to piss people off a heck of a lot earlier in my life.

I say this knowing that there are plenty of people who agree with me on, but so many just don’t get it, yet. That video games are more than fun and games.

Make lists daily and don’t go to bed until you get everything done.

Social Media Outreach. I decided at the start of COVID to post A LOT MORE on Instagram. Sometimes up to 50 posts a day. Almost like a stream of consciousness. Super geeky and fun. A lot more than the three or four posts a day I did before. Since March I’ve doubled my following.

I don’t like to look at anything I’ve done as a failure, more like a learned lesson. I just think that at 37, I haven’t been successful at anything to the point where I can call myself a success, even though I’ve done well enough to earn a living and support a family doing things I love. Success and failure to me are “end” terms to describe a journey that has concluded. I’m not even close to being finished yet, so I can’t gauge where I’m at. All I can say is that I am consistently moving forward.

An App that reminds you every few hours to repeat a phrase. One that you select beforehand. I often find myself tired and grumpy. It’s during those times, I look at my children and tell them I love them and I remind myself that I want a nice house for them and for them to not have to struggle through life and then that’s when things get done. Sometimes having a reminder to keep my eyes on the prize would be even more motivating a factor.

I bought an RG350. It’s a handheld retro video game emulator. It allows me to play over 20,000 games whenever and wherever. For a video game historian, it’s the ultimate research device.

Instagram. It’s a haven for ideas for me. I love connecting with people. They constantly give me ideas for stories and things I want to incorporate into my books. It’s a huge part of what I do.

Flowers for Algernon. It’s a story about a man no one expected could do great things. Once he does, the world around him changes dramatically. When he reverts to his old self, the world changes, but it’s not the same as before. It’s a lesson. The climb up and down the mountain- how you handle yourself throughout both processes, that says a ton about you as a person.

“True success is you, being you, with the volume turned way up,” Stone Cold Steve Austin.