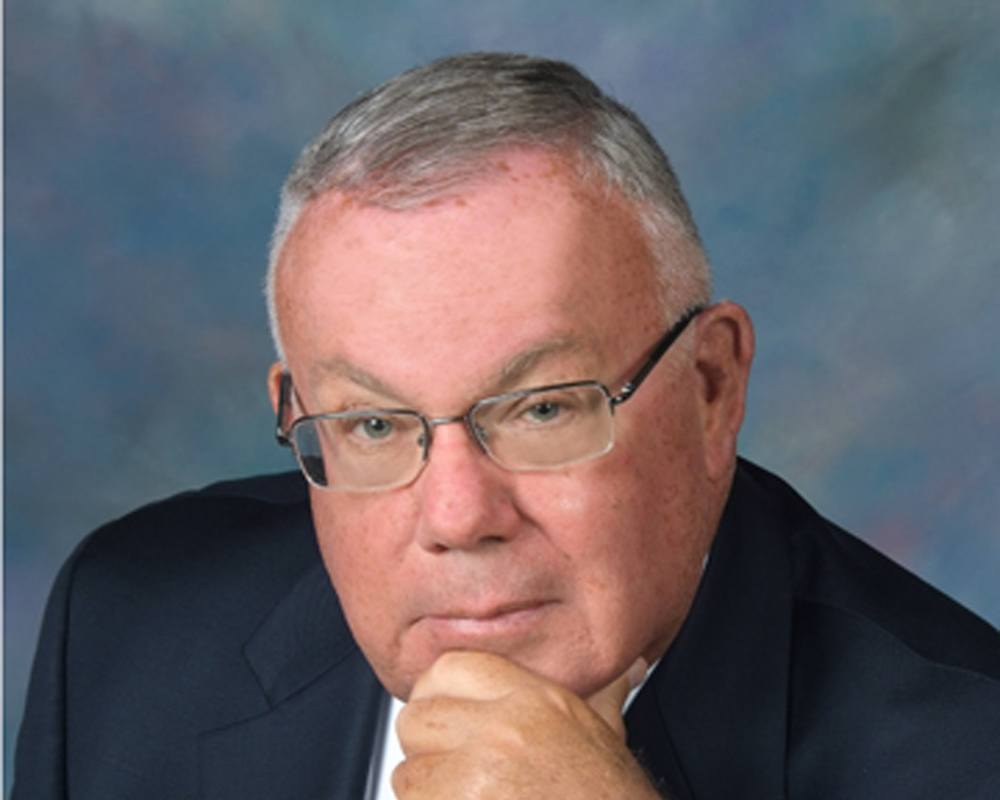 THINK BIG. Often times, the only limits that you have are the ones that you place on yourself.

Paul A. Dillon is a Certified Management Consultant with more than 42 years of experience in the professional services industry. He is the president and CEO of Dillon Consulting Services LLC, a U. S. Department of Veterans Affairs certified Service Disabled Veteran-Owned Small Business, based in Durham, NC and Chicago, IL, which provides services to veterans who want to start their own businesses. Paul is the creator of the concept for a veteran startup incubator in Chicago, called Bunker Labs, as well as the creator of the concept for a veteran entrepreneur support organization in North Carolina, called VetStart, which was recently rebranded as Bunker RDU.

His articles and quotes on veterans’ issues have appeared in Forbes, Crain’s Chicago Business, the National Federation of Independent Businesses newsletter, eLearners.com, We Are The Mighty and USAA Magazine. He is a sought after commentator on national veteran matters on numerous radio programs and podcasts.

An avid distance lap swimmer, Mr. Dillon’s interests range from business ethics and governance to the media, the last of which stems his 14 years as the supervisor of elections to both the National Radio Hall of Fame and for the Chicago/Midwest Chapter of the National Academy of Television Arts & Sciences for the Emmy Awards.

A U.S. Army Reserve veteran, he served in Vietnam as a 1st Lieutenant, and was awarded 2 Bronze Star Medals.

Where did the idea for Dillon Consulting Services LLC come from?

I retired as a consultant from the Chicago office of the McGladrey accounting firm in 2006. Upon my retirement from McGladrey, I reinvented myself by starting my own firm in Chicago, which is now devoted to helping veterans who want to start their own business. I am a former U.S. Army Reserve 1st Lieutenant, who fought in the Vietnam War. I was the creator of the concept for an incubator in Chicago for veterans who want to start their own businesses, called The Bunker, which has been recently rebranded as Bunker Labs. See my op-ed that started the whole thing in Chicago:

There really is no typical day. Somedays I’m working with entrepreneurs. Other days I’m researching a potential project. It varies—and, I like that.

Before I even consider how they might be implemented. I try to examine the “down side” of any idea, and talk to as many people as I can about where my “blind spots” might be, exploring as many reasons as possible why an idea wouldn’t work. That way, I try to avoid making mistakes that will prevent an idea from coming to fruition.
If it still looks like a good idea after doing all of that, then I might start to take the first steps toward implementation…but, not without a lot of careful thought first.
Ignatius Loyola had a mantra, “Action should be balanced with reflection.” I think that he was right.

There will be increased support for the 25% of younger veterans returning from the Iraq and Afghanistan wars, who indicate that they want to start their own businesses.
After World War II, nearly one-half of all returning veterans started their own businesses—but, by 2012, that rate had dropped to less that 6%. Even more important, just over 7% of all current veteran-owned businesses are started by veterans under 35 years of age. The rest are started by older vets.

I have unquestioned integrity and honesty. If you can’t trust someone in business, little else matters.

THINK BIG. Often times, the only limits that you have are the ones that you place on yourself. It’s better to beg for forgiveness than for permission.

It isn’t that people don’t agree with this; It’s that people don’t think of this enough, or at all:
All of the beautiful things that we have in this life will one day pass away. The only thing that remains is how much we have loved others—the only thing that matters is how much we have dedicated ourselves to improving the lives of our fellow human beings.
It’s much bigger than accumulating a lot of “toys”.

Think before you leap. You gotta’ be careful out there.

Practice “servant leadership”. If you dedicate yourself to the interests of your employees and customers or clients first, profits will come. Don’t put profits before people.

My business didn’t start out with the idea of helping veterans. I started out thinking that I was going to provide project management and business development services to companies in the service industry. But, that didn’t work out. I had to “pivot” several times, before I found a niche that worked.

HERE IS WHAT I LEARNED FROM THAT CHALLENGE: Be flexible! And, find an area or industry that is under served where you can add value…then go for it! Don’t take no for an answer. If you meet with rejection, get up, brush yourself off, and try again. There is always more that one way to skin the proverbial cat.

For years now, I have read or heard about how entrepreneur support organizations, such as incubators and accelerators, have created X number of businesses, with Y number of employees, and with Z amount of value. And, since these are very good people running these organizations, I am sure that they are trying to estimate these success metrics as best as possible.

But, if I was a sponsor or funder of these entrepreneur support organizations, I think that I would have more comfort if there was some sort of independent, third-party attestation of these numbers.

Accounting firms provide these types of attestation services all the time for many different types of businesses. Providing an independent verification of the value metrics created by entrepreneur support organizations might open up a whole new line of business for the accounting industry.

Buying educational toys and games for the grandkids. Can you think of a better way to spend a hundred bucks?

I use LinkedIn and Twitter extensively. I was an early adopter of technology, with my own web site in 2003, and my own blog in 2004—long before having these things became fashionable.

There are two, actually:
Start-up Nation: The Story of Israel’s Economic Miracle— September 7, 2011– by Dan Senor (Author), Saul Singer (Author)–a look at how another nation leveraged its resources to become an entrepreneurial leader.
A Common Struggle: A Personal Journey Through the Past and Future of Mental Illness and Addiction– October 5, 2015– by Patrick J. Kennedy (Author), Stephen Fried (Author)–a true “profile in courage” in how someone overcomes obstacles to lead a productive life that contributes much to society.

“The unexamined life is not worth living.”

Tell us about one friend or acquaintance of yours who we should interview on IdeaMensch. Who are they, what are they doing and what’s their email address?

There are two, actually:

Marc Schulman is the president of Eli’s Chicago Finest. Marc is a true entrepreneur, who has been successful in creating one of Chicago’s signature products.

Laurel Delaney is the founder and president of Globetrade.com, a highly successful international trade consultancy and advisory firm.