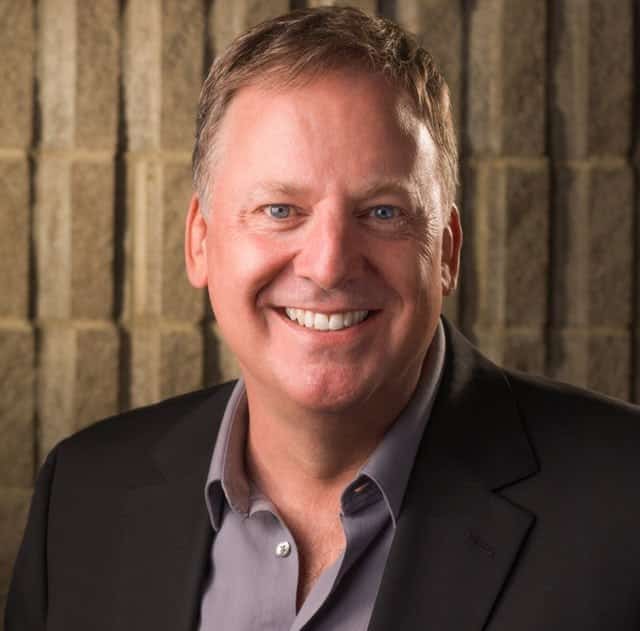 Listen to your critics. In fact, go out of your way to find people who aren’t like you, who don’t see things as you do, bring them into the fold, then argue with them.

Starting as a salesman at Xerox, Paul moved up through different sales and technology roles, with multiple sales and special awards to his name. He then applied what he had learned about sales and leadership to the world of securities trading.

This led to the establishment of a successful capital markets software company, Alberta Market Solutions, followed by a second venture, BIDS Trading, which has been a tremendous success and is now a significant part of the U.S. equities market. Now, with his talented team, Paul is working on a new start-up, bbotx, addressing the challenges and opportunities of the Internet of Things at the enterprise level.

Where did the idea for bbotx come from?

On June 22, 2010, I woke up from a dream where I was trying to open a lock with no keyway or combination dial. Reflecting on it, it occurred to me: open the lock with a Bluetooth® phone.

Geoff Kratz, my partner in BIDS, was developing smartphone apps at the time. He became the co-founder of bbotx. We took the idea beyond a simple padlock – it became clear that the abstraction behind the concept was a secure infrastructure for connected, state reporting devices. This is the Industrial Internet of Things – secure infrastructure shared by enterprise users and supported by manufacturers of connected, reporting devices.

Our focus is bWare, a platform for multiple enterprises’ Internet of Things infrastructure with the highest level of trust, security, simplicity and contextual awareness. Our concept is a secure infrastructure for connected, state reporting devices.

Some of the best ideas come from a misunderstanding that gives a new read on a situation. It can be funny, or it can be effective. I play with a new idea, if I like it, I try it on other people. I look for a combination of recognition and interest – “I get it, and I get why”.

I don’t really pay attention to trends, I tend to go cross grain. I’m really interested in the risk and complexity that our highly connected environments present. I think the next big challenge we have to tackle is simplifying technology. Humans can make something as complex and difficult as climbing stairs while talking and not spilling a cup of coffee seem easy, we have to do a better job of making technology work the way we do.

I try to not do things I don’t like to do. I have discovered to my astonishment that many dread the things I find easy, and the things I dread give joy to others. Let them do what they enjoy, I minimize what makes me despair, and we all get more done.

I worked in a warehouse when I was 15. It was dreary work, long periods spent unproductively. The following year I worked in a sawmill in northern Quebec. I learned a lot in the mill; the work was physical, I had to learn French, lived in a bunk house with older men. The comparison was important – there was little to learn moving pallets around, but the mill gave me the chance to test myself in a new and fairly alien environment.

I learned an important lesson at Xerox, I wish I had known it sooner. I watched as people less able were given supposed promotions, and it bothered me. It was silly because they were not jobs I wanted. I learned not to resent not being offered prizes I didn’t want, and choose the ones I did want.

Listen to your critics. In fact, go out of your way to find people who aren’t like you, who don’t see things as you do, bring them into the fold, then argue with them. Nothing will cause a venture to fail faster than groupthink. Having said that, you need congruent goals and values. Fight over ideas, not principles.

Get good people to join you, and then don’t give up. There will be no end of reverses, setbacks, delays, critics, doubters, and reasons to give up. Good people will persevere and overcome.

I got involved with a friend’s business and I helped him move it along, but even though I doubted the underlying proposition, I kept it alive longer than I should have. In the end my help only increased his losses. I should have pulled out sooner, which would have killed it sooner, but I didn’t even though I knew at the time it was a lost cause.

A doorbell that tells people to “go away.” That would be a big seller.

I’m pretty public. I like driving my old pickup while smoking a cigar.

It is hard to argue with the convenience of cloud services, especially email and storage. For the small business it makes retention, changing machines, and sharing very easy. I missed all that each time I started something new until this go round.

I’ve been in software for over 30 years. I find it useful, but hard to love.

A Bridge in the Jungle by B. Traven. It is a book that makes you deal with the world from a different perspective. We all get to complacent and comfortable with the truth of our world view.

As a businessperson my father gave me the most important insight – “All variances are negative”. He meant that things seldom work out better than we expect.

Chester Carlson made one of the greatest fortunes in history from a single invention, then gave it all away. He came from humble beginnings, and never got caught up in himself.