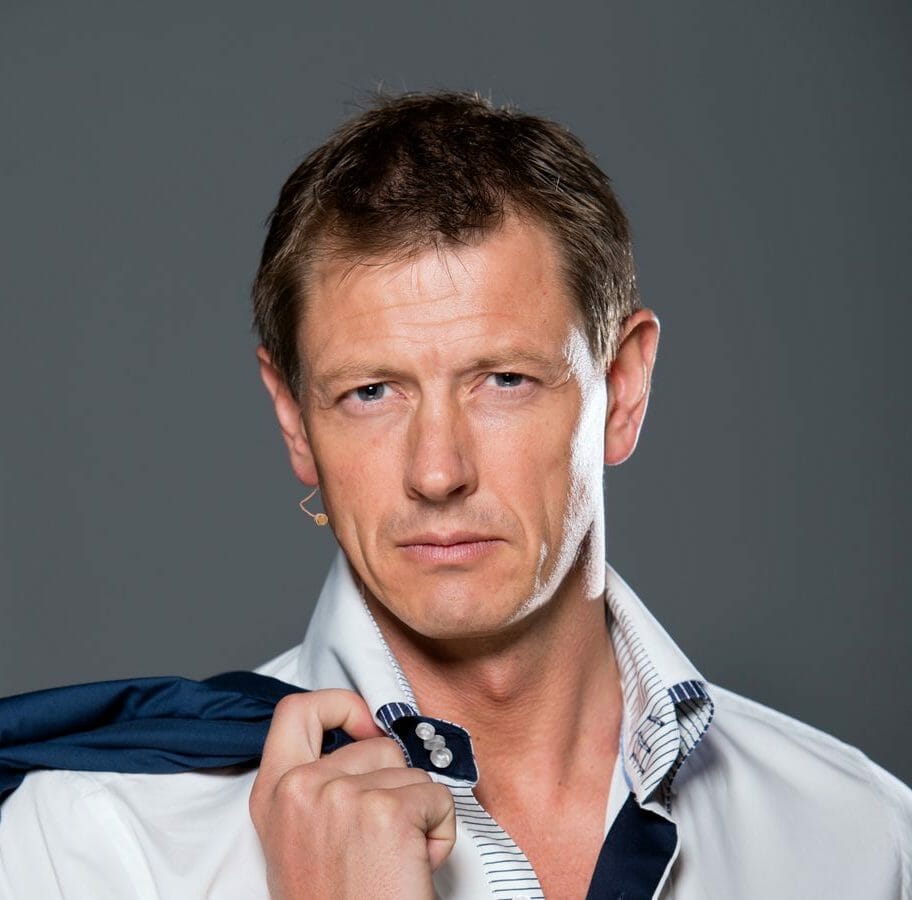 See the idea as it has already been done.

Peter Sage, Chairman of The Sage Academy, has been an entrepreneur all of his life. He is an author, a teacher, and a philosopher. He has inspired people from all walks of life to reinvent themselves and become the best version of themselves.

Peter grew up in Leicester in the middle of UK. His family lived in government housing. Not wanting to continue the legacy, he learned how to make money while he was still in school. It laid the foundation for all that was to come. He always knew that he was not willing to work at a job where someone would pay less than what you were worth. He always knew he would be an entrepreneur.

Peter left school at the age of 16. By the time he was 17, he had his own business selling toys at flea market and car booth sales. Soon after, he got into the personal growth industry. He found this industry intriguing because it was an industry that taught success. A path to success is not taught in any school. He became fascinated with the industry. He immersed himself in self-education and self-growth. Much to the benefit of thousands of people, it was the path he chose for his journey through life.

Peter Sage turned over his first million at 22 and since gone on to build over two dozen companies in various different industries, for most of that time he saw himself as an entrepreneur first and a teacher and an author second. Recently, he swapped roles and has become more of a full teacher and author, and has now turned that into his business. The gift he has is to inspire others. According to Peter “My business is not to tout my work but to hold up a mirror so that others can see their greatness.”

Where did the idea for The Sage Academy come from?

Essentially, it was born out of monetizing my passion for wanting to share my lessons, journey, and insights that I picked up over the last several decades.

I am up at 5 a.m. I make my Ginger shot. I have a meditation room at home and I spend two hours each morning meditating, journaling and reading. I then take my dogs out for exercise while I ride for five to ten miles on my bike. I go to the gym. When I get home, I make myself a juice. I meet with my virtual assistant between 9 and 9:30 to go over the previous day’s report and set up all of the delegations for the day. I then focus on the most important productive thing that I have to do for the day. After that, it is a bit of a crap shoot as life takes over. I try to sleep 6-7 hours.

Action and vision. By seeing the idea as it has already been done. By accepting that the concept is already a fact. Then you get excited because you already see it and believe in it. Because if you can’t believe in it neither can anyone else. Ideas are like strings on my heart. Enthusiasm brings other people into the deal.

It is the trend of getting off the hamster wheel of accumulating stuff and getting on a tract of self-actualization. People are starting to wake up and realize that we are not playing the game of who can accumulate the most stuff before we die. We can’t take it with us. The Egyptians tried that, and we dug it up and stole it! I am excited about people waking up and not trying to see how much you can die with and seeing how much you have left in the bank.

Self-discipline and focus. Knowing what I want and knowing what is important. You have to train yourself not to be distracted. The millennial generation has grown up becoming experts in the art of distraction. There have been brain scans to prove it. They are hard-wired to check their phone, no matter what, even if it hasn’t pinged. They cannot miss a beat. They cannot sit and have a conversation for longer than the average goldfish. So, learning how to focus and learning how to be disciplined with your time is critical. Also learning how to say no. People are afraid of rejection. So, you say yes to everything trying to be everybody’s friend. That is a fast track to a heart attack. Thus, the answer is focus and discipline and the ability to say no is what separates me.

Swing the bat! Failure is the fastest way to success. If you know the first five girls you ask out are going to say no but the sixth one will be your dream date, what would you do? Stay single your whole life or say how fast can I get through the first five? It is the same with business. Go out and fail, but fail fast. Enjoy your failures. They will be great stories for the grandkids one day.

Life is a growth-centric experience. The physical reality is virtual. Digital physics will demonstrate unequivocally that the outer-world is a simulation. It is a computer program. Consciousness is the computer and what we believe to be an outer-world is nothing more than a subset of something more fundamental which has its purpose in consciousness. So, we are here for a reason because virtual realities don’t create themselves. I believe we are here to learn how to grow up. Everything in evolution demonstrates that. We evolve into more complexity which means we learn how to cooperate. We are here to learn how to be more loving. It has nothing to do with the survival of the fittest. So, we learn how to grow and contribute.

Morning routine. Set yourself up to win. Meditate and detach from all the craziness.

Surrender the fear of failure. It’s really the fear of failure of whatever it is that you are scared of, that’s the genesis of procrastination. People don’t understand that. Procrastination is really your friend as it is trying to protect you from doing something and failing at it. Far better to have the excuse that you didn’t do it because then you can still say if you did do it then you would have been successful. Procrastination shows that it is not that you are not good enough, it is just that you didn’t get it done. Surrendering to your fear of failure is the fastest way to succeed in your business and grow it. You will not have anything that will kick back at you. You will break free of your shackles.

I invested in a company that would provide clean energy. I invested everything including my house, and I had friends and family invest as well. Ultimately, we couldn’t make it a success. So, I learned from my mistakes. What I learned is not to take another person’s money to invest if they were not willing to invest on their own.

The key to overcoming that was to be authentic and let them know that it was not what we had expected. Sometimes life doesn’t go the way we want. That’s just life

Find out what lights you up. Look for a company who is having pain, position yourself as an expert and monetize your skill set and give your gifts to the world. Let them pay you for getting rid of their pain.

It was on natural health products. Collagen, B3, and colostrum. I am trying to heal bones in 30 days so I can take my clients to Africa.

Slack is great for communications for the company. We use Zoom for our virtual team.

The Inside Track: An Inspirational Guide to Conquering Adversity. The reason why I would recommend it is that it is by far one of the most inspiring and impactful manuals for dealing with adversity that you will ever come across. It provides a tool-set for life. It is not a theory.

“Every adversity carries with it the seed of the equivalent or greater benefit” by Napoleon Hill.

• Attitude is everything. Never let anyone say that you can’t do it.
• Fail Fast: Being afraid of failure is like wanting to ask somebody for a date who will only say yes. It doesn’t happen.
• Know your value. You have gifts that you can give, that people will pay for. Own them, exploit them and monetize them.
• Always be willing to invest in yourself. Formal education may help you make a living, but self-education will help you create a fortune.