Phil Simon – Author of The Age of the Platform 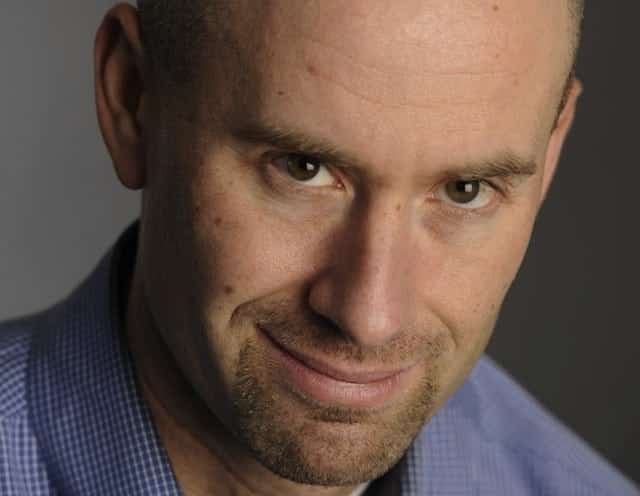 [quote style=”boxed”]Build a platform. Don’t be known for only doing one thing.[/quote]

Phil Simon is the author of 4 management books. His fourth, The Age of the Platform, is his most ambitious yet. A recognized technology expert, he consults with companies on how to optimize their use of technology. His contributions have been featured on NBC, CNBC, Inc. magazine, BusinessWeek, The Huffington Post, The Globe and Mail, Fast Company, the American Express Open Forum, ComputerWorld, Technorati, ZDNet, abcnews.com, forbes.com, The New York Times, ReadWriteWeb and many other sites.

I’m doing promotional work for my fourth book, The Age of the Platform: How Amazon, Apple, Facebook, and Google Have Redefined Business, as well as some speaking gigs. I’m also in the midst of publishing 2 books through my publishing company and designing a few websites for clients.

Where did the idea for The Age of the Platform come from?

I thought about how 4 companies have not only been enormously successful, but how they’ve essentially created a new business model. Plus, as I’ve discovered over the last 3 years, I’ve built my own platform by launching different planks, as I call them in the book.

I get up early, usually before 6:00 AM. I just don’t need much sleep. I check email and bang out some posts or articles for clients. If I’m working on a book, I get to it. “Get it down before it gets away” is one of my favorite writing maxims from Neil Peart.

I have to get away from the computer at some point. I have a sedentary job and, much like a shark, have to keep moving or I’ll die. I hit the gym regularly, play tennis or go golf. I love my 15-minute afternoon power naps. It’s like rebooting your computer.

And, I have to read. I go through at least 1 book per week. Feeding my mind is essential. I love to learn.

I tend to have an inordinate number of opinions and try to choose my projects and clients wisely. I’m not too afraid of failure; I’ve learned much more from my missteps than my successes. In the words of Jeff Bezos, “I have built a regret minimization framework.”

Only one, huh? I’m particularly excited about the erosion in power of traditional gatekeepers: publishers, record companies, movie studios and the like. More than ever, “amateurs” can create incredibly professional content quicker than what “the establishment” would allow. Radiohead, Prince, Seth Goin and other creative types have shown us the power of disruption.

Only one, huh? It’s a tough call, but I worked on many projects that informed my first book, Why New Systems Fail. I remember one project that was so poorly run that I’m still convinced that I’ll see the inside of a courtroom one day. I decided that I would manage my own career from that point forward–even if it meant taking on more risk.

I would have gone independent in 2002 with more of an established client base. But in a way, I’m glad that I ripped the Band-Aid right off, to paraphrase Jerry Seinfeld.

Experiment. Try new ways of doing things. Statis sucks. We’re always finding new and exciting ways to be more productive. Try them. People who believe, for instance, that email represents true collaboration are missing out–big time. There’s a reason many entrepreneurs can get so much done.

What is one problem you encountered as an entrepreneur and how did you overcome it?

I didn’t always brand myself as a tech and management expert. Until my mid-30s, I was the very definition of a niche consultant. In 2008, I had my best year ever, but I knew that things would never get any better. So I started writing books, doing public speaking, taking on paid writing assignments and the like. Now, I do many different things and I’ve mitigated my risk. I encourage all other entrepreneurs to do the same.

Build a platform. Don’t be known for only doing one thing. Amazon, Apple, Facebook and Google are successful because they have embraced the platform as the center of their business models. Many companies are following suit. You don’t need to employ thousands of people and generate billions in profits to make platforms work for you.

Only one, huh? I’m a big techie and spammers, virus-writers and other people up to no good really bother me. I wish that I could write a piece of software that eliminated malware, viruses and all of that crap. Imagine what those smart but misguided folks could do if they put their talents to productive uses rather than causing destruction.

In 1994, I formally applied for, and was rejected from, the New York Knicks’ head coaching job. I was a twenty-something recent college grad with zero head coaching experience but too much free time and a pretty good sense of humor. My resume and cover letter made me laugh for hours. I was nowhere near qualified, but I know that they both made the rounds. I still have the rejection letters with the Knicks’ masthead.

What are your 3 favorite online tools or resources and what do you love about them?

Wow. There are so many.

Only one, huh? The Long Tail by Chris Anderson is on my short list for best business books of all time. It explains so much without being tactical. I’m a huge fan of big-idea challenging and disruptive texts.

So, I’m really going to tick off a bunch of people. I recently purged my Twitter followers because it had become virtually unmanageable. Now, I pay more attention to individual tweets than I did a year ago when I followed more than 2,000 people. Dunbar’s number still applies.

Yesterday I was watching some clips from The Big Lebowski. I have seen that movie at least 25 times, but it still cracks me up.

Only one, huh? Neil Peart, the drummer and lyricist of Rush, has remained a fundamentally humble man, despite achievements that which would make most people pretty arrogant. He’s also overcome tremendous adversities, as he details in the book Ghost Rider.

Why move to Las Vegas?

I used to live in New Jersey, but last spring I decided to move here. People always ask me why.

First, because it’s Vegas. Second, New Jersey was expensive. I knew that I could save a great deal of money. With fewer expenses, I can be pickier about the types of writing, speaking and consulting engagements that I choose to take. Taking on better clients and speaking gigs means more personal satisfaction. Period.

Third, on a personal level, I like warm weather. A 6-month maelstrom of record-breaking snow, winds and rain has left a bad taste in my mouth. While Vegas can be oppressively hot, I suppose that I’m willing to trade 3 months of heat for 5 to 6 months of “unhot.”