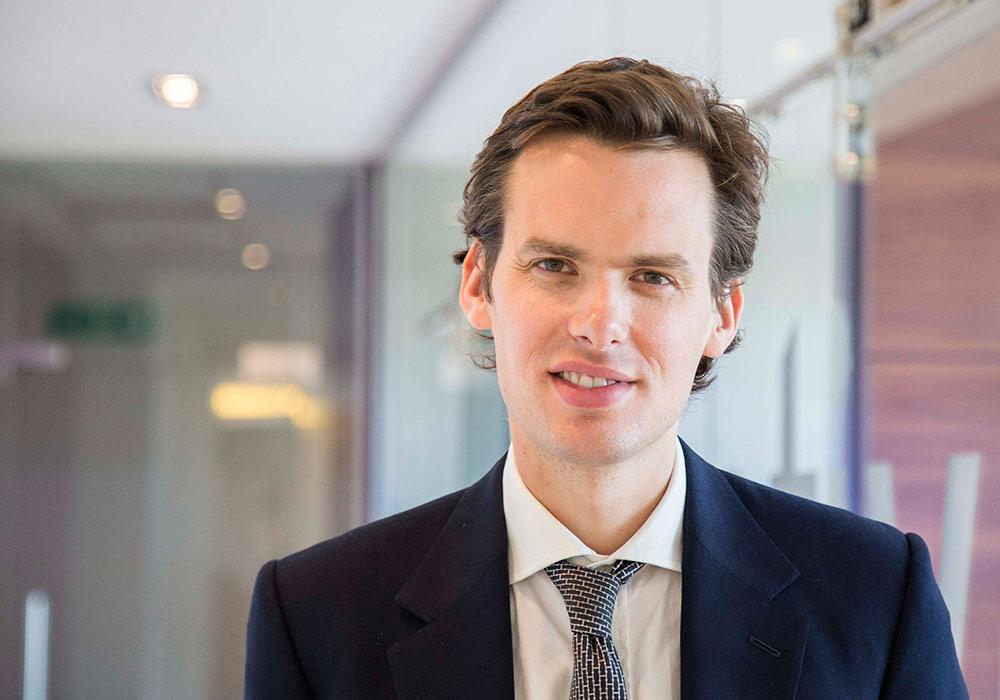 I would take more risks and I would have left my previous employer sooner rather than spending 10 years there in an environment which was not fun and became very political.

Raoul Fraser is a co-owner and Director of Alf Burn Hydro, in Inverness, Scotland. Alf Burn is a 100KW/H hydro scheme that was commissioned in January 2015. Raoul is also a director of Glassburn Hydro, which is currently undergoing construction which is expected to be commissioned next year.

Additionally, Raoul is the director of 3 ground mounted solar farms in England totaling 14.5MW and has been instrumental in the development of a further 50MW. His role has encompassed liaising with banks to get financing; hiring suitable EPC Contractors; working to tight deadlines to get the projects built and commissioned in time to qualify for government subsidies. One of his projects is a 52MW solar farm based on an old RAF base in Norfolk, England and this was recently featured on British television.

Raoul is active in the financial markets having developed a keen interest in them since he was a teenager. He worked for a large US financial institution for 10 years in wealth management running one of the largest teams in EMEA and responsible for several billion dollars of client funds.

Pragmatism is a key part of Raoul’s success thus far. He maintains a strict schedule to stay focused. He is able to do so by keeping all meetings, if necessary, to the early morning so that he has the rest of the day to focus on the work at hand. His work ethic and dedication comes in part from his parents. They instilled in him the importance of hard work and appreciation of money.

Raoul Fraser looks forward to growing the number of renewable projects in the UK and abroad. He is actively looking at countries like the US, Australia, and continental Europe.

Where did the idea for Alf Burn Hydro come from?

I had done a small hydro scheme in Scotland and thought that the returns and risk were very attractive. I therefore approached another entrepreneur and we decided to set up individual SPV’s to reflect each project. Typically developers will come to us looking for equity partners and we will charge interest on the debt and end up owning between 50 and 75% of the equity in the projects. We have developed over 74MW of ground mounted solar in the UK and are looking at further opportunities both in solar and other renewable technologies for example Wind and Hydro.

I arrive in the office before 8am and unless I have a list of tasks, I find that I can get distracted by unnecessary things. I try and keep meetings to a minimum and rarely have lunch or dinner meetings. If I want to meet clients, I prefer breakfast.

It involves working with a lot of people; forming a judgment on their characters and making sure that people deliver on what they promise. This is probably the hardest thing in our roles because people always seem to over-promise and under-deliver.

The future of renewables is very exciting. The cost has dramatically declined over the past 10 years while the efficiency has massively increased. I am not surprised by Elon Musk’s recent comments over his Solarcentury deal and think that batteries when they become economic will revolutionise the industry. It is very sad that the UK government has chosen a different path and I hope that they will re-consider.

I am very noisy and therefore as a result like to know what is going on and making sure that people are delivering.

Where do I start? As a teenager, my parents always wanted me to work in the holidays and so I did a whole host of jobs including working in a water bottling factory from 6pm until 6am; cleaning the streets of the local village or dressing up as bugs bunny in the local DIY store. All of these roles had some benefit for example it installed in me the importance of hard work and it taught me to appreciate the value of money.

I would take more risks and I would have left my previous employer sooner rather than spending 10 years there in an environment which was not fun and became very political.

I make sure that my outstanding tasks are completed and don’t let things drift for too long.

Explaining simply to our partners our pricing structure i.e. unlike banks who take a long time to do the necessary due diligence and have numerous fees attached to projects, we make quick decisions and we want everyone to know where they stand.

One of my first renewable deals was with an old acquaintance who I liked and respected. Unfortunately we used a sub-contractor that he recommended highly with the result that the project became unprofitable. If we hadn’t had security in place i.e. through a share charge and pledge over the company shares, it would have been a very difficult situation for us. We fortunately were able to recover all of our potential losses.

Corporations are looking to buy their power from renewable sources, however, there is still not a simple way to deliver this to them. If developers and corporations had a simple platform which matched them together, this would be very powerful.

A subscription to the Financial Times because it enables me to see developments in the industry and to be able to talk about current affairs sensibly.

I really love Twitter because I find that the news is so up to date and it’s the best way to get information on my industry by following important people in it.

Good to Great by Jim Collins because it provides some very helpful advice to entrepreneurs growing their business.

I am particularly interested in Michael Liebreich who is the founder of Bloomberg New Energy Finance. If you want to understand better the revolution which is taking place in energy, there is nobody better.