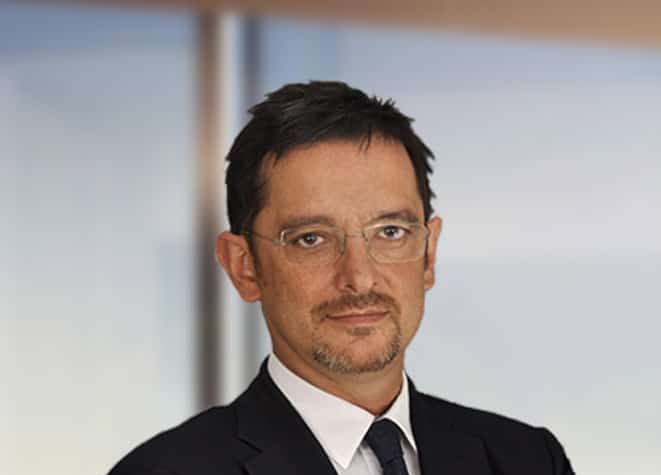 The unanswered questions to many of our challenges today are certainly the trigger for curiosity, imagination, inspiration.

He was born in Cagliari in 1962. After graduating in mining engineering, he joined Eni in 1988 as a reservoir engineer. He started working in Italian oilfields before moving to West Africa as Chief Development Engineer. In 1997, he returned to Milan as coordinator of business development for Africa and the Middle East.

After being the headquarters’ Project Technical Services Manager, he became Middle East Project Director on a large-scale gas project in 2001.

From 2004 to 2005, Roberto Casula held a number of managerial positions in Eni E&P including the role of CEO of EniMed SpA before being appointed Managing Director of Eni in Libya in 2005.

In July 2007, he became Senior Vice President of operational and business activities in sub-Saharan Africa, and in December 2011 he has been appointed as Executive Vice President of Eni E&P Division, thus extending his responsibilities to the whole of Africa and the Middle East, including the programme for the development of the Mamba and Coral discoveries in Mozambique.

I want to focus specifically on the Eni – Development, Operations, Technology department. Until mid-2014, the company was organized in three divisions plus our corporate offices. As typical in these cases, they were 3+1 silos. We decided to abandon this organizational model to enhance our focus on the full integration of our businesses and to avoid duplication of staff functions. The overall result has been an extraordinary cost efficiency, more synergies across the value chain and the effective integration of all technical expertise. In particular, for what is concerning the organization, I led my team and I was also able to design a new operating model and to restructure the entire R&D strategy and activities to better align with the future of an energy company.

There really are no “typical days” in a major energy company, as business and operational matters or emergencies often dictate the agenda of the day. I start my working day as soon as I wake up by reading all emails I have received at night from executives based all over the world.

While heading to the office, I phone my collaborators both to know how they are doing and to be informed about any issues, results, plans related to their activity.

Once in the office, I review short-term, mid-term and long-term goals and commitments and I look at the meetings scheduled for the day to make sure that I have all the elements for effective participation.

More generally, the first half of the day is usually devoted to control and to supervise progress, costs and time of operational activities, whereas the second half is more focused on new business and ideas.

Curiosity is key. And curiosity pops up anytime and anywhere (such as books, contacts with academia, discussions with friends and colleagues, golf). The unanswered questions to many of our challenges today are certainly the trigger for curiosity, imagination, inspiration.

Technological trends are amazing and among them the development of IoT excites me even more.

Before sleeping, I figure out what to do the next day and I think about the most pressing issues of the day.

Develop as many as good relationships you can. Be kind and honest with everybody. Help others, every day. When you will be facing difficult times and you will feel alone, at that point there will be at least one of those people ready to offer his or her hand.

Dark Energy makes up 68%, roughly, of the universe and mankind will find the way to harness its power.

I always challenge the way and process we do things. Sometimes we are reluctant to abandon our comfort zones. Instead, it could result in great rewards.

Changing the contractual strategy for our projects was a great success. Instead of awarding a single turn key lump sum contract we decided to break down the scope of work into several smaller packages by keeping full control over engineering, procurement and project management. This has led to lower overall costs and to shorten the schedules.

Failure is any deal, that despite best efforts, did not materialize. The only possibility to overcome failure is to keep going and to make use of the lessons learned for future opportunities.

A Construction Simulator Software for industrial plants. This is not a pure scheduling programme, but a real-time simulator linked to engineering deliverables, supply chain, manpower mobilization, typical stand-by, etc. The simulator will show 4-D images of what your plant looks like at any time during construction activities. In case of any difficulties or delay, it is able to develop the most convenient looking forward construction scenarios to mitigate their impact. With this tool, there will be no more unnecessary discussions, complaints, etc. between the contractor and the client.

I bought two tickets to see the Holiday Pops at Boston Symphony Hall with my daughter. Amazing! A very impressive performance that was full of Christmas atmosphere.

The TED web platform and TED Talks are a continuous source of inspiration and ideas.

“Genius lies in seeing opportunity where others don’t.”