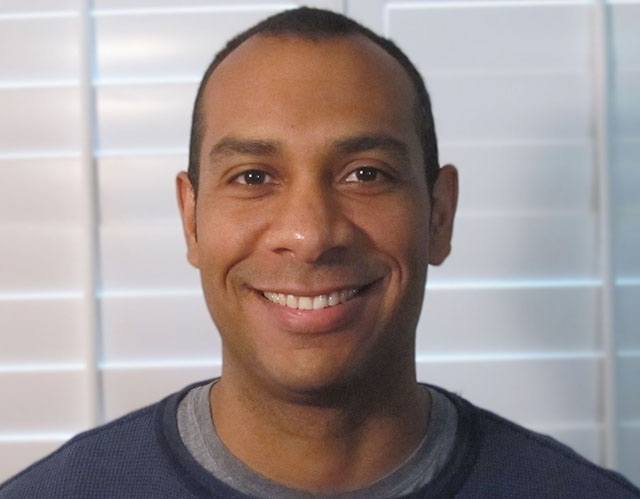 [quote style=”boxed”]By far, the best thing I do for my productivity is not check email first thing in the morning. I’ll put aside 30 minutes to an hour, to get the most important task of the day done.[/quote]

Ruben is the founder of Bidsketch. Bidsketch is a web application that helps people create professional looking client proposals in minutes. Originally a software developer, Ruben bootstrapped Bidsketch while working full time and was quickly able to grow it into a profitable business. He spent several years working for a billion dollar payroll company. There he helped build and manage a custom proposal system that was used to regularly win seven and eight figure deals.

After learning about the psychology behind closing large deals and helping friends with their client meetings, he decided to make it his mission to take away the pain from the proposal process.

Best way to get in touch with Ruben is on Twitter: @earthlingworks

Where did the idea for Bidsketch come from?

I was actually working full time when I came up with the idea for Bidsketch (an online proposal application). Right around that time, a friend of mine asked me about client proposals. He had never written one and a company wanted him to submit a proposal to bid on a web design project.

I searched for templates online and found a product that allowed web designers to create proposals. Unfortunately, it was an old-school downloadable software plugin for MS Word. I looked for similar products and didn’t find anything web based. This led me to do some keyword research and I found that there was some demand, so I decided to build the product.

I generally don’t work many hours in a day. Typically I’ll wake up around 9am and ease into the day. I start work around 10am and work for one to two hours. Then it’s lunch for an hour (or more), and I finish off the day by working one or two more hours. I regularly use music and work in short 30 minute sprints to keep myself productive. Also, if I’m having a tough time I’ll start using the “focus” feature on a product called RescueTime. It blocks entertainment related sites and email for 30 minutes and helps me stay on track.

By far, the best thing I do for my productivity is not check email first thing in the morning. I’ll put aside 30 minutes to an hour, to get the most important task of the day done.

The best source of ideas are customers. I’m often talking to customers about the problems that they have with their business. Listening to people talk about their struggles it’s nearly impossible not to come away with lots of ideas.

That said, I don’t work on most of these things. The next step involves making sure these ideas are inline with my goals, and being very careful about setting priorities. I have a limited amount of time so it pays to be extremely selective.

I love seeing people work remotely. Things have been moving in that direction for a while and they’ll continue to do so. Sure, there’s value in having a team work in the same physical location but there’s also a price. It’s much easier to interrupt people when you’re in the same place. Plus, no one likes sitting in traffic an hour (or more) each day to get to work. Not to mention that it limits who you can hire to people in that area.

Everyone in my team is remote and we love it. It’s easier for everyone to have a flexible schedule this way and we’re much more likely to stay focused on work.

I constantly evaluate what I’m doing and remove or outsource tasks that I shouldn’t be focused on. Everyone knows you should focus, but it’s not easy to do. The one habit that helps me with this is to spend my first hour doing the most important task of the day. I don’t check email, Twitter, or anything else during that first hour.

I did telemarketing for a month or two. We were selling septic tank powder by cold calling people. It was terrible and I wasn’t very good at it, but that’s where I started to learn about sales. The psychology of sales was (and still is) the most interesting thing about it.

In the early days there was a lot of learning that was taking place so it’s tough to say. I would probably have talked to customers more. There were conversations in the early days, but it was too superficial. We didn’t go deep enough into their processes and specific struggles. The best stuff comes from listening to customers give detailed accounts of how they struggle with something and what they’re thinking throughout that process. It’s hugely valuable.

Exercise. I don’t exercise every day but it’s pretty close to daily. It’s really the best way I know to keep my head clear and ensure I have enough energy throughout the day. I also meditate but meditation has a more subtle impact. Both are great though.

Building relationships with people has been a big help in growing my business. It’s helped in everything from finding advisors to doing cross promotional deals. One of my favorite ways of doing this is by starting small and providing value first. No matter how busy or important the person you’re trying to work with is, there’s probably something you can do to help them out. Repeatedly provide value in small ways and you’ll soon find people wanting to help you out, without you needing to ask.

I’ve had a lot of failures as an entrepreneur. Early on when I was building Bidsketch I kept having trouble with developers I had outsourced work to. In fact, the first agency I hired switched out the developer I interviewed for someone else (on the first day) and tried to pretend that it was the same person. I let that other developer work on the product (mistake) even though I knew they weren’t telling the truth. I should’ve fired them right away but I had to learn that lesson the hard way. Eventually I fired them and went through a couple more developers before I found the right one.

Easy; it’s a thing I keep hearing other entrepreneurs struggling with all the time. It’s something I struggle with. Marketing automation from visitor to customer and beyond. More specifically, email automation that is aware of your customers (and allows segmenting) from the moment they hit your site as an anonymous visitor, all the way through the entire customer lifecycle. Most either handle marketing emails (like MailChimp) or the customer side, but there’s a lot that’s lost by not having them both integrated. Infusionsoft comes close to this, but it’s designed for offline businesses.

I started learning English when I was about 10 years old (even though I was born in NY). People are surprised by this because I don’t have an accent. Spanish is my primary language and while I speak English with most people I know, Spanish still feels more comfortable to me.

I regularly use and love KISSmetrics, Qualaroo, and Balsamiq Mockups. Balsamiq Mockups I love because it lets me design and think through product features faster than any other method I’ve tried. It’s amazing.

KISSmetrics is an analytics app that helps me accurately measure my sales funnel. I love how it actually knows people, even when they’re initially anonymous users on my marketing site and can later merge all of their activities they perform as customers. It’s also invaluable when it comes to creating split tests because I get to see the impact of changes all the way down the funnel (not just the next step).

Qualaroo is a really addictive way to learn about your customers. It’s a microsurvey tool that I run on my marketing site, blog, and web app. It’s one of the best ways of figuring out why people aren’t doing something (like signing up) and coming up with a plan to fix that.

I would recommend the book by Rob Walling called “Start Small, Stay Small“. The ideas that he talks about in the book are one of the main reasons why I’ve had some success in business. It’s 100% actionable and full of concrete examples. There’s no fluff in that book.

I’ll start off with Rob Walling since he has been since a huge influence (and still is).

Peldi from Balsamiq is easily the best product person I know (and one of the nicest).

Noah Kagan continuously surprises me with how much growth he’s able to achieve in pretty much anything he does.

Hiten Shah continuously challenges me to think differently about things and I come away with tons of ideas after spending even a few minutes talking to him.