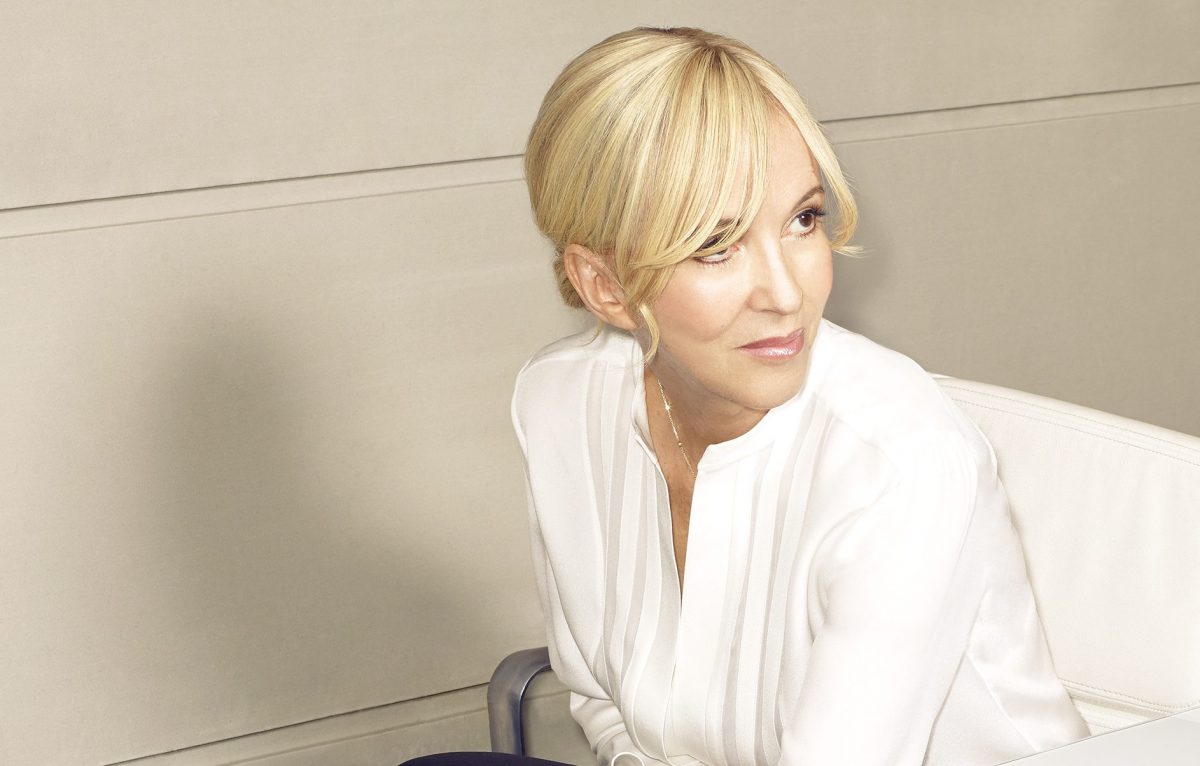 Listen to others – listening to your team is key for any successful leader. Listening is very important and none of us listen enough.

Sally Greene has established herself as an entrepreneurial figure within the arts scene by founding and supporting various creative endeavours. She has received an OBE in recognition for her work in the arts, both for charitable organisations and other notable achievements, such as being a Trustee of the Old Vic Theatre Trust.

Sally Greene’s passion for the arts led her to prevent the closure of the Richmond Theatre in 1986, which was her first venture into the industry. Following on from her work on the Richmond Theatre, Sally went on to lead the refurbishment of the Criterion Theatre in 1992, where she created a charitable trust. Shortly after the renovation of the Criterion Theatre, Sally formed a production company in 1993 under the name Criterion Productions PLC, which provided the West End with innovative and exciting productions. The company attracted some 200 investors, with productions featuring in the West End, around Britain and on Broadway.

The Old Vic Theatre was on the brink of closure in 1998, but Sally Greene stepped in to save the institution. Through forming a charitable trust, Sally managed to raise half of the £3.5 million purchase price in four months. Within two years the funds were raised, and the charitable trust gained ownership of the playhouse. Through Sally’s evident love for the arts, and the trust’s reputation, Sally was able to convince Sir Elton John to take over the Chairmanship of the organisation in 2002. The work Sally has done for the Old Vic Theatre, spanning 16 years, has led to it being hailed as one of London’s most eclectic venues.

In 1999, Sally Greene relaunched Criterion Productions under the name Old Vic Productions (OVP). The company has co-produced or partnered in over 100 productions, however, in 2016, as OVP parted with the Old Vic Theatre, Sally re-launched it again as Greene Light Stage. Sally was instrumental in the creation of Greene Light Stage’s most successful production, Billy Elliot. The show was given an incredible 14 industry awards in its first ten months; it also went on to win a further 8 Helpmann Awards, and 10 Tony awards.

In 2005, Sally became the owner of the world-renowned Ronnie Scott’s Jazz Club. Her purchasing of the club is further evidence of her belief in restoring and improving iconic establishments around London. The jazz club has seen some of the biggest and best artists, including Prince and Nina Simone. Sally Greene also owns the Chelsea eatery No. Fifty Cheyne, which has been voted restaurant of the year by Harper’s Magazine.

Sally has dedicated much of her life to charitable work, both in the arts and also other worthwhile causes. She is a major supporter of the FULL STOP campaign, the Elton John AIDS Foundation and a continuous supporter of Cancer Backup. Sally is a trustee for the Ronnie Scott’s Charitable Foundation and the London Music Fund; through her work for these artistic organisations Sally has also been a recipient of a Montblanc Arts and Culture award.

Where did the idea for Old Vic Productions come from?

In 1999 I re-launched Criterion Productions, renaming it Old Vic Productions plc (OVP). OVP co-produced or partnered in more than 100 productions in the West End and on Broadway. In 2016, to mark the end of OVP’s partnership with The Old Vic Theatre, it was time to re-launch the company and I worked with the wonderful Domenic Lippa from Pentagram to create the new identity, which became Greene Light Stage (GLS). I feel that it encompasses everything you need from a name; a sense of what it is, what it does, and how it does it.

There is no typical day but it’s a constant balancing act between the businesses. I’m a night owl, and being involved in the theatre/music and restaurant worlds, I am unlikely to ever be home before the early hours on any given night. I start my day with my personal trainer to get the blood pumping and make me feel alive and ready for the day ahead. We are currently working towards the 60th anniversary of Ronnie Scott’s at the Royal Albert Hall, so I spent this morning in meetings to discuss the line-up and making calls to the Rolling Stones on tour to remind them to put the date in their diary! I am then heading over the bridge to Waterloo for an Old Vic board meeting before heading to my recently opened restaurant, Fifty Cheyne to host a dinner for the fundraising board of Cancer Research. They say “variety is the spice of life” and mine is overflowing with flavour!

Through perseverance. I never take no for an answer. If it’s an idea I believe in, I will knock on everyone’s door until they come on board!

Watching jazz come back into the spotlight. The tickets for the Ronnie Scott’s 60th celebration at the Royal Albert Hall sold out in a morning which was brilliant to see and I think reflective of the fact that the genre is becoming more popular with the younger audience.

The ability to survive on very little sleep. I read an article that said researchers have discovered that a gene variant allows some people to function normally on far less sleep than is recommended. I was definitely blessed with the “Thatcher gene” – much to the chagrin of my team and my family.

“Sally Greene you need to be tough and resilient but it will all be worth it. And don’t take no for an answer. Just look them in the eye and say to yourself I can and will do this!”

Medical research purports that you need 7/8 hours sleep a night which obviously I disagree with – despite the fascinating book by Matthew Walker – Why We Sleep.

Philanthropic endeavours. Safeguarding the creative future for young people is an absolute priority for me. Since 2012 The Old Vic have worked with PwC to set up the PwC Under 25s Club to make theatre accessible to the next generation and inspire a new audience. The scheme has been a huge success with over 60,000 tickets being sold and so, in 2015, it was broadened and became PwC £10 Previews – making theatre accessible to all and inspiring to an even wider audience. The Old Vic doesn’t receive an Arts Council funding, so a huge part of my time is spent fundraising. We just had our annual gala and raised £650k which will help to build a new £12m annexe at the 201-year-old theatre, which will run education and talent development programmes for the community.

Drive is absolutely fundamental to success. You have to be capable of driving yourself beyond the limit that most people can go to and surrounding yourself with the right people is key. In 2000 I formed a board to save The Old Vic consisting of Lord Attenborough, Michael Bloomberg, Sir Richard Eyre, Stephen Daldry CBE, Lady de Rothschild and Dame Judi Dench. They helped to reinvigorate one of the most famous theatres in the world.

Working in theatre is a tough business. You have to take risks on shows and some sadly don’t make it. It’s a rollercoaster but it’s worth the ride. My first play that I produced lost a fortune but I learnt from it and went on to produce Billy Elliott which was my first big hit and it paid back its investors in 13 months and is still winging its way round the world.

Someone needs to put hand sanitizers on public transport. And use them!

I have just sponsored Ben Elliot to cycle 500kms for The Felix Project – A great charity with a mission to address the mismatch between the huge excess supply of good quality food and the need for it by those living on the margins of London. He is amazing and it’s a great charity.

I travel to NYC regularly, so it’s important I keep abreast of what’s going on with the shows on Broadway.

Churchill: Walking with Destiny by Andrew Roberts. What a hero. And what a mind. I think he kept our country safe and managed to have some of the best one-liners.

“Live life as if everything is rigged in your favor.” By Rumi.

• Ambition – without ambition you’re not going to make it.
• Believe in yourself – Believe that you can do it regardless of what anyone says or where you are in life.
• Listen to others – listening to your team is key for any successful leader. Listening is very important and none of us listen enough. If I had listened at the beginning of my career to the people who knew the business, I might have not made so many mistakes.