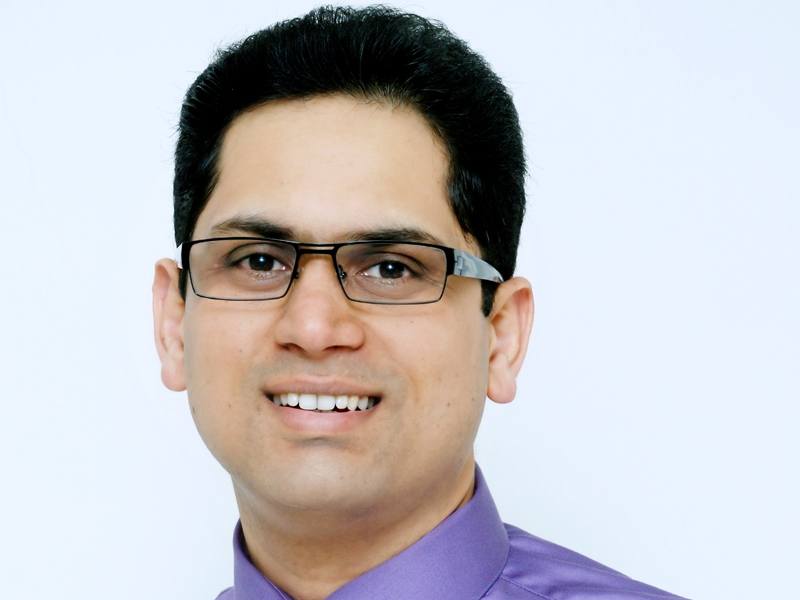 I believe in finding business ideas that you are passionate about, rather than finding something unique, and focus on bringing them to life.

Sandesh Joshi is the President and co-founder of Indovance Inc. Prior to founding Indovance, one of the leading CAD and drafting outsourcing service providers in the world, Sandesh worked at SolidWorks Corporation as a senior R&D member. He has a bachelor of mechanical engineering from the Indian Institute of Technology, Bombay, India, and a Master of Science from North Carolina State University in Raleigh, N.C., with a specialization in CAD.

Where did the idea for Indovance come from?

My passion is setting up teams to achieve a goal or vision. While working at SolidWorks, who revolutionized the CAD (computer-aided design) industry by launching mid-range software, I started to see many companies embracing it. I saw a lot of potential from the software, and the companies who needed it. I decided to expand on that idea. India has a pool of rich engineering talent which I knew I could access to facilitate US companies’ need to be globally competitive and productive.

The most important part of my day is meeting with and motivating my team members. Keeping them continually aligned with the strategic, long term vision of my company is the main aspect of my job. My role is to identify and put together teams of the right people, and inspire them to be the best they can be. Your company is only as good as the people in it.

Execution is the key to any idea. Ideas are a dime a dozen, but bringing your ideas to life is true success. The key to execution is planning and monitoring. The magic formula is to get the right people on board and to have the appropriate system and processes in place to bring those ideas to life.

What’s one industry trend that really excites you?

Truly, we live in a global village where there are no boundaries. The trend now is that we can, and should, be more connected than ever. There is more opportunity than we think for everyone to be involved. Today, more and more companies and people are really embracing doing what they do best internally, and outsourcing anything that is not core to their business to an external source. It’s all about teamwork and collaboration.

Successful delegation and teamwork. For me, delegation is the key to being a successful entrepreneur or leader, as it will increase your productivity exponentially. I strongly believe in the Aristotelian quote; “The whole is greater than the sum of its parts.”

I don’t think in terms of worst and best jobs. I ask myself, “Does this job align itself with the business at hand or not?” If it aligns, then it’s an important task that needs to be done. If it doesn’t align, then it does not need to be done. My motto is “eat that frog first”! This means I do what I need to do – but don’t want to do – first.

Indovance was a successful company before the country went into economic crisis in 2008. That event exposed some weaknesses in our infrastructure, and I wondered for the first time if we would make it. I saw that my business was good but not great. I was forced to rethink how I did business. So, I began reading and talking to different people. This led me to reinvent Indovance and rebuild a great team. I learned to never underestimate the importance of having the right people – a value that will always far outweigh the cost.

Think big. Vision is key to growth. To aim low is a crime. Think bigger and bigger every year, but realize even then there is still room to grow. The bigger you think the greater you achieve.

I incur failures every day. Entrepreneurship is an ongoing journey, but failure is momentary. As an entrepreneur, the key to success is to continually learn from your failures and not make the same mistakes again.

Business ideas are overrated. With over 8 billion people in the world, the concept of a unique or novel idea is extremely rare. And even then, success is in the execution rather than the idea itself. I believe in finding business ideas that you are passionate about, rather than finding something unique, and focus on bringing them to life.

For a long time, I had been thinking about the idea of hiring an executive assistant. Recently, I decided to do it and I hired someone. I was surprised to find out how important that role is and how much I value the support. It has truly helped me focus on where I can add the most value to my business, and increased the overall growth and success of my companies.

What software do you use at work? What do you love about it?

Mac by Apple. I’m hooked on it! I love its simplicity, performance, and clean look.

What is the one book that you recommend we read and why?

Good to Great by Jim Collins. This is a very relevant book for any leader or entrepreneur. Collins writes about what propels good companies to become great companies. He provides a useful model and formula that brings all his theories together in a meaningful way. Throughout his work, he stresses the importance of the role of the CEO in putting together a winning team.

My father. He is my mentor in both business and life. When he decided to leave a 20-year job to start up a business of his own it was a decision that changed my life as well as his. Without him, I wouldn’t have been able to scale the heights that I have.

Aside from my dad, Elon Musk, Bill Gates, Jack Welch, and Warren Buffett are my four greatest influencers. Musk inspires me to think bigger than anyone else; Gates is a master at executing; Welch was able to turn around one of the largest companies in the world (GE); and Buffett understands business like no one else.