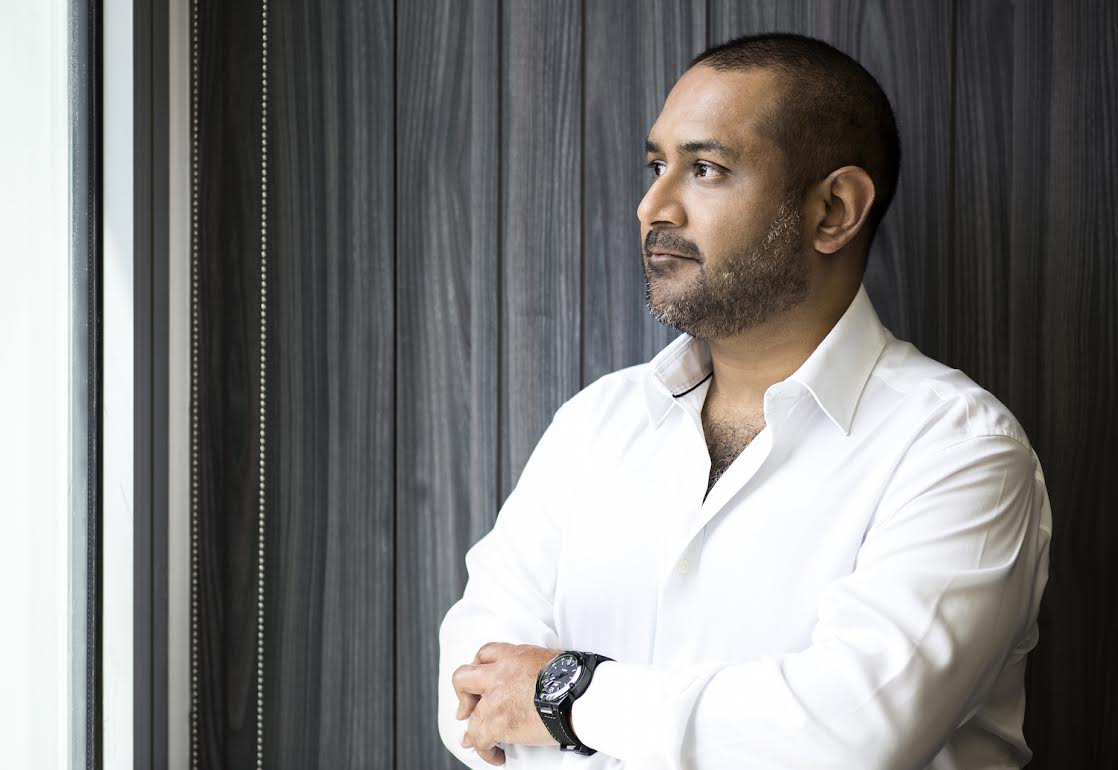 Each morning, remind yourself what your long-term goals are, and revisit how you’re going to achieve those.

Sanjay Shah is a serial entrepreneur and philanthropist who lives in Dubai with his family. Born and raised in London, he spent more than 10 years working his way up the City’s cutthroat high-finance ladder before relocating to Dubai and pursuing his charitable work full time.

Shah’s core project is Autism Rocks, an innovative charity that blends Shah’s greatest passions: sharing the gift of music and strengthening the bonds of family.

Shah founded Autism Rocks in 2014, shortly after his own son was diagnosed with autism. His vision for the charity is as ambitious as it is generous. Autism Rocks partners with some of the biggest names in pop music, including Nicki Minaj, on a permanent concert series with a simple goal: raising as much money as possible for autism spectrum disorder (ASD) research.

The inspiration for Autism Rocks grew out of a chance encounter between Shah and Snoop Dogg. Within weeks, Shah had lined up the late, great Prince for an invitation-only inaugural performance at London’s Cafe de Paris. Despite the club’s limited capacity, the show raised over $300,000.

In the years since, Autism Rocks has hosted more than a dozen shows in London and Dubai. Recent performances have featured Minaj, Guns ‘N Roses and Bryan Adams. Collectively, the performances have raised over $1.2 million and tuned thousands of influencers into the young charity’s game-changing work.

Autism Rocks is currently holding performances at the provisional Autism Rocks Arena, a purpose-built space that’s standing in until 2018, when the permanent Autism Rocks Arena is set to open nearby. The facility will hold more than 20,000 people—spacious enough for the biggest names in rock and pop.

Shah is also working to launch the Autism Support Centre, a sorely needed asset to be located in Dubai’s growing Healthcare City. Shah’s vision for the Autism Support Centre is heavily informed by his family’s trying experience with their son’s diagnosis, when they scrambled for answers across two continents and gained firsthand experience with the city’s under-resourced autism support network. Dubai’s insurance system does not reimburse for autism treatments, putting lower- and middle-class families at a severe financial disadvantage.

Where did the idea for Autism Rocks come from?

When my youngest son was diagnosed with autism at the age of 2, I decided that I wanted to become more involved with the work that is being done to study and understand autism. After spending an afternoon with Snoop Dogg in December 2013, I realized that I could use my love for live music to raise money and awareness for autism. In early 2014, I persuaded Prince to perform for autism awareness at an invitation-only venue in London, which led to the launch of Autism Rocks. Since the charity’s creation, Autism Rocks has hosted concerts in London and Dubai with the likes of Prince, Michael Bublé, Drake, Lenny Kravitz, Ricky Martin, Mark Ronson, Nile Rodgers and CHIC. By inviting some of the most famous names in pop and rock, we have been able to successfully fund research and develop awareness of autism in a short space of time.

I have a strict policy about not mixing family time and work time. After the morning school run, I head to the office and catch up on emails—the less email I receive, the better my business is being managed. I tend to have a couple of meetings in the morning too. I prefer meeting in coffee shops to meeting in the office, as the atmosphere is more neutral and relaxing. In the afternoon, I like to pick up one of my three children from school and spend some one-on-one time with them. It is important to me to pass my thoughts and values onto my children. Due to the time difference between Dubai and Europe, where some of my business interests are, I set aside an hour each evening to deal with calls and emails that I receive from Europe in the afternoon. I believe my day is more productive if I know what I need to achieve on a given day and manage my time strictly.

Once I have decided an idea makes sense financially and logistically, I get to work assembling the right team. I draw from a list of experts in finance, law, IT and so on—people who have worked with me in the past or come highly recommended. I only start a project if I have the conviction that it will work. Occasionally I am proven wrong, and usually this is because of a misconception at the research stage, never the talent of the team working on the project.

Bitcoin and so-called cryptocurrency is, I believe, the future of finance. The concept and the technology challenge conventional thinking and practices in banking. In the current climate of banks suffering hacking attacks, I believe consumers will have more confidence in controlling their transactions themselves—like storing cash under the mattress.

I have found I am more productive when I focus on the big picture and don’t get involved in details. Each morning, I remind myself what my long-term goals are and revisit how I am going to achieve those. I leave details to my employees and advisers. That’s their responsibility.

In my younger years, I had an expensive lifestyle (big house, nice cars, lots of vacations). If I could relive those years, I would be more careful with my expenses. It is surprising how much small savings can impact the bank balance.

I strongly believe that the education system doesn’t make sense in that it doesn’t prepare children for adult life. The system used today is little changed from the Victorian era. Having three children in the system, I can see from the outside that essential life skills are just not being taught. Globally, parents, children and schools are obsessed with exam results. A creative child can’t and shouldn’t be expected to excel at non-creative subjects like mathematics, and vice versa. I recall my own childhood, and very little I learned at school was relevant to adult (“real”) life. A child will learn more from a trip to the park than spending that time in a classroom.

Every morning, I read all the news I can get. It is very convenient having all the news I need available on my iPhone. I remember the first thing my father would do was to pick up the daily newspaper from the doormat and read it from cover to cover. I try to read as many news sections as time permits, not just the headlines. This allows me to follow stories as they develop over time and sometimes gives me business ideas. Reading the political headlines allows me to form an opinion on any foreign exchange trades I may wish to carry out.

I have always hired people more qualified and talented than me. Each expert, whether they are a lawyer, accountant or developer, brings something to the table that I would not be able to. I alone have the big picture, which helps me protect my intellectual property.

I have lost money investing in businesses that I didn’t understand completely and let virtual strangers manage on my behalf. The lessons I learned were stick to what I know, and always stay in control.

The secure ticketing of live music and sports events still hasn’t been cracked. Event organizers, performers and fans are constantly frustrated by scalpers profiting from the demand for tickets vastly outstripping supply. Technology and not legislation will eventually solve this problem.

I took my 13-year-old daughter for a meal. Having one-on-one time to talk without using our smartphones was a great way to spend time.

I don’t think I could manage my business and personal lives without WhatsApp. Is is used by everyone I know to communicate rapidly. I particularly like being able to send and receive photos, such as a shopping list.

Stephen Covey’s “The 7 Habits of Highly Effective People”. I refer back to this book frequently. Rich Dad, Poor Dad by Robert Kiyosaki is also a great resource.

“Life isn’t about finding yourself. Life is about creating yourself.” —George Bernard Shaw