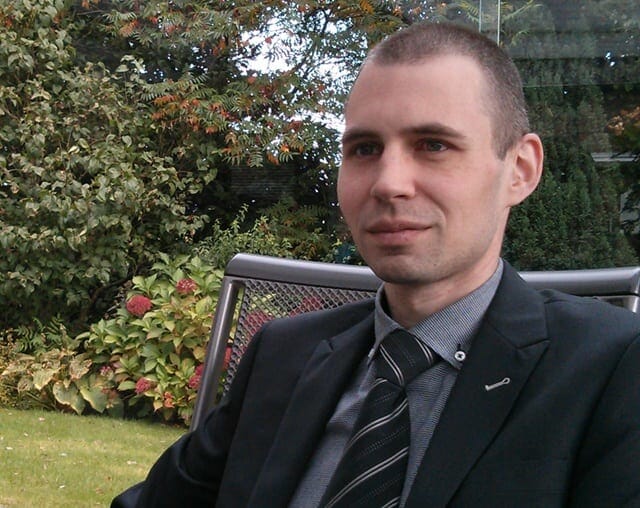 [quote style=”boxed”]See lots of problems. I’ve been called pessimistic by many, but I resent that. Only by anticipating and identifying problems can I really think in solutions.[/quote]

Steven co-founded two small IT companies in the Netherlands in the early 2000’s and is now working to build a third, which he hopes will bring about a small revolution in business-to-business relations. In his spare time, he created TinyCert, a service that hopes to bring some security to the countless unprotected admin-panels or test-websites on the web.

Where did the idea for TinyCert come from?

If it wasn’t clear before, the past year has been a wakeup call: the internet can be a very dangerous place where little if anything you do is truly private or secure. Unfortunately, there are still far too many places where encryption is not used and that makes it almost trivial for information and passwords to fall into the wrong hands. In many places, this risk can be decreased by using so-called “self-signed certificates” and I installed those in quite a few places over the years. I found it to be a cumbersome process and by the time I needed a new certificate or one had expired after a year, I’d pretty much forgotten how to do it. My primary intent was to make things easy for myself and I figured others might benefit as well.

Like many people in IT, I am very much a night owl. You won’t find me in the office early in the morning, nor doing complex tasks. Processing my email and doing the small and sometimes boring little tasks is what I do before lunch. I spend almost half my working time working from home, where I can concentrate on the task at hand without being interrupted or distracted, often late at night. For me, that is the most productive time where I actually get things done.

As I work alone most of the time, I’ve noticed there are two major problems that seem almost unbelievably trivial: starting and seeing it through to the end. I often need to force myself to go from planning and thinking about a project to actually starting it. Many challenges and insights only present themselves during the work, and I find it important not to fuss too much about making changes to even my most basic assumptions. And then the second problem is actually finishing something. When you work on something that doesn’t have the strict deadline of contract work, it becomes all too easy to give up or abandon an idea when things get boring or slow down. In order to ensure that my idea sees the light of day as something that actually works, I try to stick with it and keep my interest up by alternating the challenging and interesting tasks with the menial, boring ones.

The increasing awareness of how distrustful governments have become of their own people and how far they’re willing to go to control those people. Things like Wikileaks and the Snowden and Manning cases are incredibly fascinating. It’s scary and exciting at the same time.

I take breaks. Being productive is not about working as much as possible. If anything, that reduces efficient and productive use of your time. When I’m in the zone, I really go for it, but ideas and solutions often pop up when I least expect them to. A quick walk around the block, a chat with a coworker about something not work-related, maybe even watching a funny cat video on YouTube, taking my mind off things gives me a fresh perspective.

Sorting garbage off a conveyor belt. Even though it was something I did for only a few days, I learned quite a few lessons. One is to have a great deal more respect for the people we rarely notice, doing all the menial jobs we tend to think are beneath us. Another is that you have to speak up if you want your working conditions to improve, as sometimes you can’t even rely on people to give you a simple, much-needed filter mask until you ask for it.

For TinyCert, not much as it is a solo project which went pretty much as I expected it to go. Learning from my business ventures in the past, I have resolved to take a more active interest in sales and/or marketing when I start something new with others. Even though I am a tech guy through and through, it pains me to see an idea fail not because it is a bad idea or badly executed, but because it never meets its intended target audience.

See lots of problems. I’ve been called pessimistic by many, but I resent that. Only by anticipating and identifing problems can I really think in solutions. Very little is impossible and if you put your mind to it, you can find a way to make it happen. Seeing the problem areas in advance means you won’t be surprised by them or can avoid them altogether. Perhaps not so much increasing productivity as it is decreasing the amount of ultimately useless work that you might otherwise end up doing. It is an immensely valuable skill that is developed through experience.

I’m a terrible salesman and I rely on others to manage that aspect of the business. That has not always gone well, so even if I don’t get directly involved, I certainly intend to keep a closer eye on things. The old adage “if you build it, they will come” just doesn’t ring true to me. The important thing is letting the right people know what you’ve built. Otherwise, nobody will come. With TinyCert, it was easy for me as I myself am part of the target audience. That is the kind of people I know how to reach.

There have been several and while it is difficult to give a specific example, I think in most cases they can be traced back to my being very reluctant to step out of my comfort zone. I failed to see (or recognise the importance of) certain things that were outside my direct area of expertise. I’ve been extremely close to bankruptcy because of that, several times. I can’t claim to have truly overcome those situations, but I intend to keep on trying.

You know how there’s an app for everything? Like millions of people, I carry around a smartphone, or more than one, and I get tons of notifications. While getting a WordFeud notification during my lunchbreak or when relaxing at home is all well and good, it is a distraction if I’m at work. The app that reminds me to take out the trash because it will be collected the following morning will still do so even if the GPS can tell that I’m in a hotel on the other side of the country. When I’m at work, I’ll often set my phone to silent or vibrate, yet I’d still want it to blare out the reminder to take my medication on time as though it was an air raid alarm. If someone can come up with a way to handle those notifications intelligently, delaying or muting them or giving them priority, they would certainly have me as a customer. Bear in mind that a notification coming through that shouldn’t is better than an important one being missed. I will forever hate Facebook for its “Top Stories” feed that thinks the birth of my nephew is not important, and that a picture of a friend’s holiday dessert is.

Oddly enough, I despise talking to people over the telephone. Talk to me face to face or send me a text or email message.

Two pieces of software that I use more than any other: Sublime Text may be “just” a text editor, but that may be the best $70 I ever spent on software. It does pretty much everything right, with the exception of it not having the ability to print. And Firefox is the browser for me, because it is the one that annoys me the least. As for web services, I can hardly imagine a world without the convenience Dropbox any more, which is such a major time saver. And finally, there is CloudFlare, who do amazing things for speeding up and securing the web.

“The Logic Of Failure: Recognizing And Avoiding Error In Complex Situations” by Dietrich Dorner. The Logic of Failure explores what it is that makes even smart people make basic, yet major mistakes that can even result in catastrophic failure. To me, it was both fascinating and an eye-opener. I think it should be required reading for politicians and for decision makers in business.

I wish I could link to my very first business partner, who was a major influence and had more ideas before breakfast than some people have in a lifetime, but he passed away recently without leaving much of an online presence. Someone else I truly admire for his insights is DuckDuck Go founder Gabriel Weinberg, at