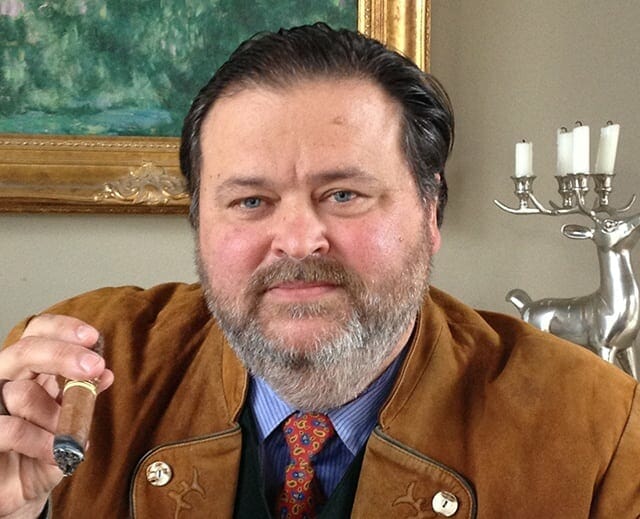 [quote style=”boxed”]You have to see it to understand it and you have to meet the people involved.[/quote]

Ted Drauschak is a graduate civil engineer and a thirty year professional specializing in project development, program management and project execution. He began his career in the late seventies in power industry as a construction engineer with Bechtel Power Group, San Francisco Power Division, constructing Nuclear Power Plants in the US. Following his time with Bechtel, Ted Drauschak undertook a senior consultancy position with RTKL Associates, Inc. living and working primarily in Germany for NATO where he managed significant military master planning and construction programs throughout then Western Europe. He then returned to the US to develop and build commercial real estate on behalf of private investment groups.

In 1991, Ted Drauschak integrated his engineering and project management background into the financial services industry and co-founded a start-up construction surety company. The surety went public in 1994 and was sold to Zurich Financial Services. Most recently, he was the President of Broadlands Financial Group, a specialty construction program and risk management firm operating both in the commercial construction and renewable energy space. Broadlands provided consultancy services on billions of dollars of construction projects and managed the disbursement of over $6 billion of project funds.

Utilizing this broad and deep renewable experience, Ted Drauschak has now formed, along with C. Gage Kellogg, a new investment management company, G2Spectra LLC which will focus on the acquisition, development and life-cycle management of global renewable assets on behalf of a large institutional fund.

Where did the idea for G2Spectra come from?

In 2005 my previous company, a specialty financial services and program management company called Broadlands Financial Group, was approached by a Financial Services Group out of Chicago, called Mesirow Financial, to assist them with developing and financing the largest solar energy plant built in the US since the late 1980’s. The plant, called Nevada Solar One, was to be a concentrated solar or thermal solar power plant located on 400 acres in Henderson Nevada. I personally took on the project and over a year of hard work, assisted with the on time and on budget construction of the facility. The plant is hugely successful and represents what solar can do in the future power mix of this country. It was then I knew solar would be an important part of my professional future. As the president of Broadlands, we spent the next 6 years working on renewable energy projects around the world including Europe, North Africa, India South Africa and Canada and the US. We had become r ecognized experts in what is called “project execution” or getting it done on behalf of the owners and investors.

In 2011, due to the near collapse of the US financial markets and banking system, construction lending and the depression in construction, the surety company that owned Broadlands went in to receivership (losses exceeded capital) and Broadlands was closed. I had been approached by a business consultant I had met in India about representing a large institutional investor in the renewable energy sector.

Several meetings occurred and G2Spectra LLC was born. Our task is to invest in and develop performing renewable energy assets in the global marketplace. Our canvas is the entire world or better put wherever energy is relatively expensive, the sun is relatively intense or the activity is isolated from the electrical grid infrastructure.

That is a tough one because there is no typical day. I travel to look at opportunities around the world a lot. “You have to see it to understand it” and you have to meet the people involved. Besides that it is the typical deal with lawyers, engineers, investment managers, banker stuff. Definitely not boring.

With knowledge and hard work. Working oversees in almost any foreign environment is difficult. It requires time to get to know the market including the legal system, local capabilities: technical and manufacturing, labor and material costs but most importantly: the enforceability of contracts. Without proven contract law business is impossible. Just ask people who try to do business in China or Africa. The other basic fact is time. Everything tends to take longer than it should. You have to plan on that. Really the basic answer is hard work and persistence. Americans are fantastic at persistence. We do not give up, ever!

Sustainable design that is cost competitive with current electrical distribution technologies. Solar power (PV) has come down in cost over the last 3 years by 60%. We can compete with lots of energy producers and suppliers using fossil fuels. In ten years distributed solar power will be widely used in the southern hemisphere and latitudes. It is inevitable and THAT is exciting.

Have a well thought out and researched plan. When I develop real estate I spend a lot of time studying the market and the demographic trends. Today, for example, Millennials (ages 24-35) don’t want the big family home that comes with a big family mortgage. They want sustainability, lifestyle and to live life to live not to work. We baby boomers created this generation and it will impact the real estate market for years.

So my answer is: “Study your idea”. What if ideas are not enough? Make a plan and ask people you trust to give you an opinion. I have a new idea for a business every single day. I have a friend who is very successful (net worth of over 250 million) who was once asked what his IQ was? He answered by saying 250 million: Good answer.

When I was 16 I worked for a local contractor who installed or repaired sewer manholes. My job was to go down in to the manholes (some 30 feet deep) with a flashlight and a 90 lbs. jack hammer to hammer out a pipe hole in the concrete manhole. I learned that I really loved construction and engineering and I also learned that I did not want to be the guy in the manhole!

I would probably finish my Master’s degree if I had the chance. However, I learned much more by doing. I took my first company public at age 34. That was the biggest learning experience I ever had. I love projects and traveling and I found a way to do both.

The other obvious thing I would have done differently is sell my last surety company 2 years before the end when we had several legitimate offers to buy the company at a sound profit to the investors. Greed and fear of change is a bad thing in capitalism. The signs were there we just didn’t read them.

Follow your passions and find people like you who can provide guidance and capital for your hard work and ideas. The US is the greatest economy in the world in which to raise capital. Wealthy people don’t make money putting money in a savings account. Our system greatly rewards entrepreneurs. Also a golden rule is “Don’t take “No” from someone who cannot say “Yes””. Always keep asking.

Keep your overhead low. You don’t need an exotic office space or a personal assistant when you are starting a company. Investors are more impressed when they see frugality than when they see extravagance. Spend your capital wisely and set goals for the expenditure in both revenue and profit. Know your business key metrics. Every business has key indicators that demonstrate success or failure, usually well above the profit line on the P&L. Investors may want to know what they are but they will fully expect you to know what they are at all times.

As discussed above, the big failure I have had as an entrepreneur was with First Sealord Surety. The failure was the result of management’s inability to deal with several outside influences

Lesson: Learn from your mistakes and stick to the plan. If you study entrepreneurship you will see that failure is often a part of greater success. J.C. Penny went bankrupt 3 times before his large success in retail. All successful real estate developers have bad projects.

Entrepreneurs never give away good business ideas. The original business plan my partner and I wrote contained a detail plan for 5 companies. 3 of those companies have as yet not been consummated. Remember, stick to the plan!

I went to law school after obtaining my engineering degree. Although I did not like it, I did learn a lot during my time in law school about torts, civil procedure, contract law etc. Very useful stuff for any entrepreneur.

I am an old timer when it comes to technology. Although I was a trailblazer in the early 80’s with my Data General portable compute, I have been spoiled over the past 20 years with assistants and analysts doing most of my heavy work. I do use email and the usual Microsoft stuff. My favorite application that I use frequently in Chile is the GPS App on my iPhone. Google Earth is also godsend for engineers and entrepreneurs.

“Getting to Yes” a book about negotiation by Roger Fisher and William L. Ury. It’s a critical skill for ALL entrepreneurs

In the early years it was always the real estate developers like Trammel Crowe, Simon Properties, Trump (regretfully), and others who set trends in office, retail and residential design and development. Lately, the oil guys seem fascinating like T. Boone Pickens and Armand Hammer. I am also beginning to develop a real interest in mining.