The Single Coolest Most Important Trend In Mobile Marketing 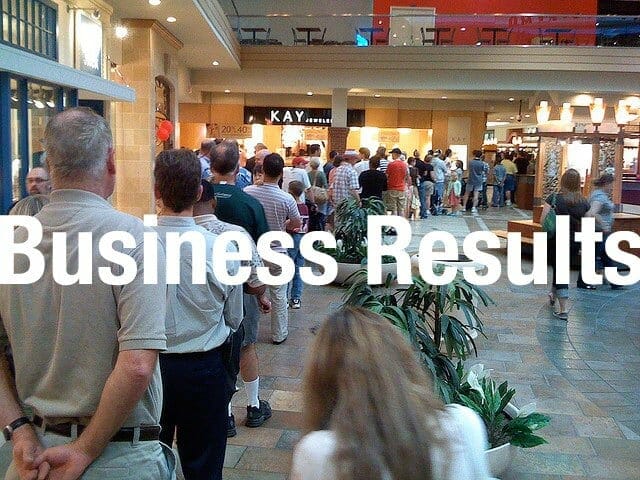 [box type=”note” border=”full” icon=”none”]Today’s guest post is written by one of my good friends, past colleagues and mobile expert Jeff Hasen. Jeff is the Chief Marketing Officer of Hipcricket and Co-Creator of the Mobile Marketing Association’s Certification Program. You can follow him on Twitter via @JeffHasen or check out his blog at jeffhasen.com.[/box]

David Armano, EVP of Edelman Digital and one of the most influential marketers on Twitter (more than 40,000 followers @armano), recently asked tweeps for the “coolest” thing happening in mobile.

My response to him was, of all things, a Ford program that uses the unsexiest of mobile modes – text messaging.

Why did I answer the way I did (beyond the fact that the initiative with Ford and its dealers is being run by my company Hipcricket)?

The service has generated a 15.4 percent lead conversion rate through calls to action in print and television advertising.

For example, customers watching a Ford Fusion television commercial can text “Fusion” to a short code to receive local offers. They are then prompted to text their zip code and applicable incentives are sent to the customer. Customers are then given the option to text their name if they would like to be contacted by their local dealer. Those who submit names are sent to the local dealer for follow up.

Armano subsequently called it a “terrific case of blocking and tackling”. I agree. Another way of saying it is that wise brands are using mobile techniques that, pardon the pun, drive business results.

Some mobile products and services mainly drive buzz – which is fine if that’s what you want. But most businesses need more. Often, it’s not the fancy, sexy, potentially expensive stuff that drives the best results. It’s the tactics that give you reach (like the ubiquitous text messaging) and are inclusive for all your customers and prospects.

What else is cool or not?

For me, the most interesting check-in of the summer was done by the Pew Research Center.  According to the highly-respected organization, 28 percent of mobile owners use phones to get directions or recommendations based on their current location— 23 percent of all adults.

A much smaller number (5 percent of cell owners, equaling 4 percent of all adults) use their phones to check in to locations using geosocial services such as Foursquare or Gowalla. Smartphone owners are especially likely to use these services on their phones.

Despite the hype, the check-in numbers call into question the short and long-term value of Foursquare and the like.

I have the Foursquare iPhone app and twice have told myself to get committed to the activity. But there just hasn’t been enough of a pull for me either time.

I’m all for deals and believe relevant offers delivered via mobile is only going to get more important for brands.

But I’m like most who can’t – or won’t – do everything. Foursquare hasn’t made my cut.

Nor has it made the cut for most of the more than 300 million mobile users in the U.S.

Atop my list of mobile best practices is the need to stay current on consumer behavior and interests. This summer has brought fresh data that has ramifications for all of us conceiving and executing mobile programs.

Let’s take several of them one by one:

The average Android consumer in the U.S. spends 56 minutes per day actively interacting with the web and apps on his or her phone. Of that time, two-thirds is spent on mobile apps while one-third is spent on the mobile web (Nielsen).

The ramifications? You’ve likely heard notable analyst Mary Meeker’s prediction that more will access the web via mobile than via PC by 2015 . But this is 2011 and it would be foolish to spend exclusively on the web on Android devices. Instead, consider a mix of app and Internet. You have time to worry about 2015.

29 percent of cell owners turn their phone off for a period of time just to get a break from using it. (Pew Research Center)

The ramifications? There are the super-connected who have mobile as a vital part of their lifestyle. Others view their phones as an unwanted tie to their jobs and to the busy world they wish to ignore in downtime. I would’ve guessed a high number here. For marketers, it’s important to factor in high use periods, like evenings for tablets.

27 percent of smartphone owners will look on a device to check inventory elsewhere if a store is out of stock. (Joy Liuzzo of InsightExpress)

The ramifications? If you are a retailer, some of your most important decisions leading into the holiday season involve product selection and stock on hand. Few of you are the only game in town – your shopper has never been more educated nor had access to more information that could cost you a sale.

There is ample free information out there to make informed decisions about mobile. We’ll continue to offer sources in future columns.