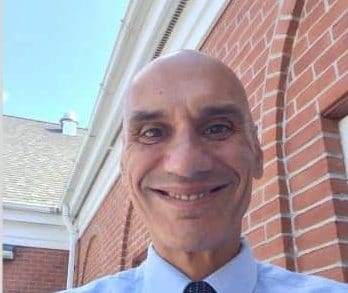 Born and raised in Long Island, New York, by his grandparents, Tom Gionis became interested in the television industry after seeing Johnny Carson on The Tonight Show. At the time, the television and broadcasting industry was relatively new and there were no formal courses through which to study it, which was exciting for Tom. It was a brand-new practice.

Tom Gionis attended New York University and obtained a BFA degree in film and television production. He went on to complete his MBA at Hofstra University, achieving his degree by completing his thesis “Television Programming and New Media Technologies.”

Tom Gionis fought for his place in the television industry before and after graduating. His persistence led him to an internship at ABC, which in turn allowed him to find a contact at NBC. He spent most of his free time after classes at 30 Rock, absorbing information. He then worked for Satellite News Channel, a 24-hour news organization, before it was bought out by CNN. Based on the relationship he had built with NBC, Tom was granted paying assignments with the organization, working on programs including The Today Show, The Macy’s Thanksgiving Day Parade, and various sporting events. He eventually was named as associate director and then director later on. Tom worked for NBC for 12 years. The organization was eventually bought out by GE. He moved on to help build the Fox News Channel.

Today, Tom Gionis is seeking his next opportunity, exploring the ever-changing mobile media industry. He acts as an adjunct professor at Fairfield University and Hofstra University and is involved with the morning news team at WPIX.

I was really inspired to get into live television after my father took me to see The Tonight Show live at 30 Rock. At the time, Johnny Carson was the host and I was amazed by the sheer production of the show. There are so many aspects that go into live tv that a lot of people watching at home don’t realize. How do you capture audience reactions at the right time? What if the hosts or guests go off-script? How do you capture the experience so that it is as exciting for the wider audience as it is for those in the actual live audience? I decided to go for it and I haven’t looked back since. The media and live television in general are changing every single day, so it’s an exciting industry to be a part of.

I’m up early every morning to go for a walk before I start my day. When I get home, I’ll make a cup of coffee and make sure that I’m up to date on the latest daily news and developments. There are always new ways to tell stories. I’ll take notes on anything unique that I come across that I can use to teach my classes.
If I am teaching class, I will have those in the late afternoons. When I get home, I’ll typically go for another walk before cooking a healthy and nutritious dinner. Usually I’ll look over the evening news before taking some time to read or go over any upcoming travel plans.

Before I end the day I have a series of song pages and pages of dialogue for end it by taking a shower at the gym recap your day self editing and manage song books.

I absorb news not just for the content, but the context. I’m always on the lookout for new and improved ways to tell stories. If I see a tactic I like, I will usually try experimenting with it on my own before bringing it forward as a general practice to my daily work and my team. For example, I recently travelled to Greece and documented the experience using YouTube.

The fact that the media is becoming a handheld practice. In the old days, news reporters on scene would always have a camera man and even a boom operator at times. It’s a lot different today. Many reporters just go out and film themselves on their cell phones and can even make live videos on social media. It’s changing media as an industry by bringing content to an even wider audience.

I would say that the most vital habit that makes me productive is persistence. I take pride in the fact that I broke into the television industry and didn’t have any contacts to help me. I had to work for it and prove myself based on my passion and work ethic alone. They always say it’s all about who you know and when you don’t have someone in the industry vouching for you, it can be hard to get in. And it was. Eventually, I landed an internship with ABC and the rest is history.

I’d tell myself not to be discouraged. While my persistence ultimately led me to where I am today, it didn’t come easy. It was challenging to break into the industry and it took a lot of time. When you feel like all you’re seeing are slamming doors, it can be difficult to keep motivated and there is a lot of self-doubt. I would just tell myself to keep going and that it will all work out.

The media is the most powerful thing in the world, more powerful than any government or any country. It can sway public opinion one way or the other and in this way, it impacts daily life to an immense degree.

Always seek out your next opportunity. You never know when you’ll need to pursue it.

Always seeking out additional opportunities and side projects has never steered me wrong. Two networks I worked for were bought out and I felt like my dream world was gone. But because I had always been accepting side projects, my name was already out there and one project led to the next.

I don’t like to look at experiences as failures. Rather, I strive to think of them as lessons learned. One of the lessons I’ve learned is to always anticipate the next step and to accept change, no matter how drastic it may be. Industries are always changing and the media landscape is no exception. There is a lot of competition and networks have to do what they can to maintain and grow their audiences.

A business kind of like Crime Stoppers, but for news. You can call in with a news tip but can do so anonymously and then news organizations can purchase a subscription for the business and follow up on any tips they choose.

It was more than $100, but recently I upgraded my phone to one with more memory and a high-quality camera. It has allowed me to experiment and explore the ever-evolving mobile media industry and the money was definitely worth it.

I’ve recently started using a mobile app, PowerDirector. It allows you to easily make professional videos on your phone instead of uploading the files to your computer. You can make videos on the go and it takes a lot less time!

Stranger Than We can Imagine: Making Sense of the 20th Century by John Higgs. It breaks down the history of and ideas of the 20th century and what makes this time period so unique.

“All of us who professionally use the mass media are the shapers of society. We can vulgarize that society. We can brutalize it. Or we can help lift it onto a higher level.” – William Bernbach