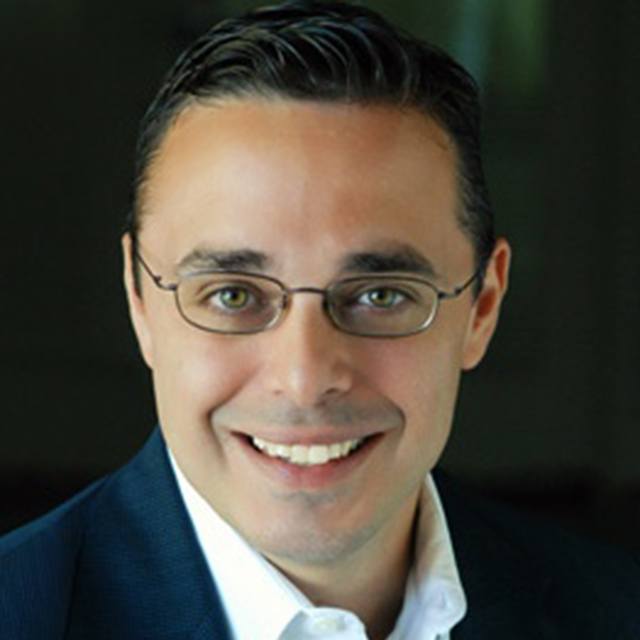 [quote style=”boxed”]Focus. Focus. Focus. There’s always more to do than time and resources to do it. [/quote]

Tony is an entrepreneurial executive with significant experience in software sales, product management, marketing, strategy, and operations. Throughout his 18 year career, Tony has successfully built companies, created high performing teams, and launched new products. As Co-founder and Chief Executive Officer of Intellinote, Tony is responsible for the company’s strategy, products and sales.

Before Intellinote, Tony was Senior Vice President of Sales and Marketing at Clarabridge, where he took Clarabridge from pre-revenue to the 7th fastest growing SaaS software company in the US. At Clarabridge, Tony drove global operations, had 45 direct reports, and negotiated multi-million dollar contracts with numerous Fortune 500 customers. Prior to Clarabridge, Tony was responsible for all software products and marketing at a large subsidiary of Monster Worldwide, where he grew SaaS revenues 300%. Before Monster, Tony held senior management positions in product and IT consulting services at American Management Systems.

Tony has a BS in Systems Engineering from the University of Virginia. While earning his MBA in Entrepreneurship from the Anderson School at UCLA, Tony worked with Intel’s marketing and venture capital organizations.

Where did the idea for Intellinote come from?

Myself, Bill Welch and Gene Sohn were all former executives at another SaaS software company. After years of frustration trying unsuccessfully to deploy and utilize existing tools and applications to get work done within and across teams, we thought of the idea for Intellinote. We realized there was a unique opportunity to help individuals and teams avoid the mess of paper-based notes, emails, phone conversations and endless meetings that bog down productivity and efficiency, so we created an application that allowed users to capture, collaborate and complete their work from one place.

A typical day begins with planning. I review my list of short and long term goals, inbound messages, appointments and commitments. I then allocate time to moving forward on each of them. By making a list, organizing, prioritizing and delegating discrete chunks of work, I can be as productive as possible throughout the rest of the day.

By taking lots of little steps. I’ve learned that coming up with great ideas is the easy part. The hard part is working with limited time, resources and energy to turn those ideas into reality. Doing so involves creating a plan to incrementally get there. For example, with Intellinote, we began by talking to a few dozen companies to understand their business pains and frustrations. This led to an initial version of our product, which we deployed to those companies. We then launched a public beta last fall and continued to generate lots of feedback that has been incorporated in the GA version of our product. With each step we get closer to fulfilling our larger vision.

I feel the consumerization of IT is one of the most important trends in business right now. The modern workforce will demand technology that’s radically different from what exists in today’s workplaces. The days of complex, inflexible, IT driven enterprise technology are rapidly coming to a close. Value is migrating into easier, lightweight, social, mobile, cloud-based technologies. I’m reminded of this every day as I see how my two young daughters interact with their friends through technology.

I obsessively capture ideas, suggestions and possible approaches to overcome current and future challenges. I’ve found that the best thoughts often come at unexpected times and from unexpected places. Most of them aren’t useful immediately, but many can help down the road. By capturing and filing them, I don’t forget them. I am able to periodically review them and I can use them for inspiration and problem solving later.

One of my first jobs was at a remote consumer technology store in Pennsylvania when I was 16 years old. I was paid on commission; however the location received little traffic. At first it was very difficult to make commission due to the low volume. I was frustrated. I eventually realized, though, that if I established a true connection with the few people that did come to the store, that I could understand clearly what they were trying to solve, I could recommend various products and services, and they would often make larger purchases. This taught me at an early age how critical it was to connect with customers, understand their challenges and to find creative ways to serve them.

I’ve found that there are many people eager to help and encourage entrepreneurs — we have a great spirit of entrepreneurship in this country. Unfortunately, there are always a few people that are skeptical and negative. These people drain emotional energy from you and your team, slow you down, and cause self-doubt as you are trying to get your idea off the ground. If I were to do it again, I would surround myself with positive influences and avoid the negativity from the onset.

I’m always staying abreast of our competition. I review their products, look at their announcements and even talk to their customers. What’s working? What’s not working? The key to our executing the competition is to push their successes a little further and avoid their missteps altogether.

Focus. Focus. Focus. There’s always more to do than time and resources to do it. I’ve found that focusing on the critical areas that drive customer delight and growth and eliminating the others are the key to growing a business. This involves making the hard decisions of “what not to do” on a regular basis.

Sometimes as an entrepreneur you are tempted to cut corners so you can see results quickly. I once hired a sales executive without doing proper reference checks in the interest of moving forward quickly to get feet on the street. We ended up having to fire this sales executive within a couple months after discovering he was stealing from the company. Through our investigation, we learned he had a history of fraud. A small amount of up-front savings caused a huge amount of frustration down the road. I learned to always think twice before taking shortcuts, especially in critical areas like hiring staff.

As more and more companies, like Intellinote, encourage people to capture, organize and share everything, I think there is a huge opportunity for hardware companies to make it easier to extract that information — through gestures, speech, devices, video, gaze or, perhaps someday, even thoughts. Technologies like Google Glass as well as the move towards the “Internet of Things” open up all sorts of possibilities for innovation here.

My family and I love to travel around the US, especially enjoying some of the remote parts of the country. As a result, I’ve been to 47 of the 50 US states and hope to hit the remaining 3 in the next few years.

I utilize various cloud-based Apps and services, such as Google Documents, Gmail, WebEx meeting software and Salesforce.com. I love that I can access them any time, from any device without any IT support. I wish I could integrate them into a holistic workflow – which is where Intellinote is positioned for the future.

My wife is about to publish her first fiction novel, Bright Coin Moon, this fall, so that’s the book I have on my mind at the moment! With respect to books for entrepreneurs building software companies, I recently found a book called Seductive Interaction Design to be very enlightening. It’s full of practical advice for creating highly engaging software.

David Allen, whose “Getting Things Done” philosophy has influenced millions of people become more productive, is the first one that comes to mind. In fact, at Intellinote, we think that our value proposition and David’s recommendations are pretty closely aligned too.
Richard Branson and Mark Benioff are two other people that have influenced my thinking too.

Richard because of his fearless and bold approach to entrepreneurship in any number of businesses and Mark, for being a trailblazer and a champion of software delivered as a service, from anywhere, at any time, long before the rest of the world caught on.