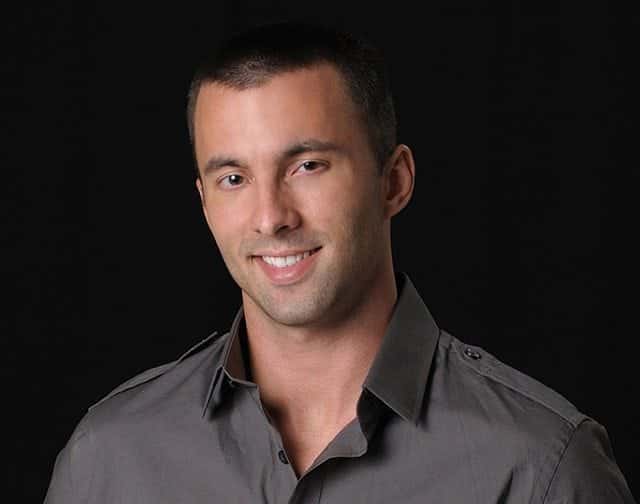 [quote style=”boxed”]I manage my time each and every day like it’s the most precious resource I have, because it is.[/quote]

Travis Steffen, 24, is a serial entrepreneur who began building businesses from his dorm room at 18 years old. A former college football player and pro fighter, Travis now brings his passion and energy to entrepreneurship. He’s the founder of one of the top five fitness services of 2012, WorkoutBOX.com. He’s also the founder of an app development lab, ActionJunkie Labs, and a number of other pre-launch companies with other serial entrepreneurs.

We’re launching a brand new nutrition tracking system that gives users a complete itemized meal plan that’s customized for their metabolisms, their goals, and the workout plans they’re using. It also provides users with the ability to swap out any meal they want for another with an equal nutritional value. We’re also launching our trainers’ system soon–which we begin beta on next month–to allow any trainer to create their own interactive online fitness company for free. We’ve got a brand new mobile app launching next month as well!

Where did the idea for WorkoutBOX.com come from?

My first fitness company was AllMuscle.net, launched in 2009. I knew about fitness–but nothing else. I didn’t know anything about the internet, marketing, sales, graphic design or development, so my company didn’t do much but cost me money. After merging my company with another company run by a software developer, later that year, WorkoutBOX was born. Our goal was to first perfect the platform via which we provide fitness information to users. Now that we feel we’ve done that, we’re opening up WorkoutBOX to other trainers so they can create their own online fitness companies, just like I was able to do–only this time, they never have to code, do any graphic design, shoot any exercise videos, or spend any money.

I have an extremely regimented daily routine that’s governed completely by my own, unique process of time management (look for a book on this soon). However, each day begins with a workout at my local gym. From there I head to the office for about five to eight hours, depending on the day. After that I head to the gym a second time. I usually get done with the day around 6:00 p.m., which is when the relaxation begins.

I’ve got a really intricately outlined and designed project management process. I stole part of it from The Lean Startup by Eric Ries, and I created the rest of it out of necessity. This process ensures I always complete at least one or two forward steps towards the completion of each new project, each and every day. Outlining, wireframing, designing, developing, testing–it’s all governed in the pages of my project management list that I keep with me at all times.

I’m actually pretty amped for everything going on in technology right now. The whole concept of the singularity is fascinating to me. I’m also working with my agents at ICM to package a new TV show, based on obstacle racing, that we’re hoping to sell later this year, and I’m always excited about that.

I was a cashier at Menards (a hardware store in Iowa) for about three hours. Before becoming an entrepreneur, I continually set personal records at how quickly I’d quit jobs, because I hated working for other people whom I didn’t truly admire or aspire to learn from. That’s when I realized that my options were to either become an entrepreneur or become homeless.

If I were to start again, I would have started networking with high-level minds earlier. I had an ego early on. I was a punk kid who thought he either knew everything or could figure it out on his own. It wasn’t until I realized how much I could truly learn from other entrepreneurs who had different experiences and areas of expertise that I was able to completely get rid of that ego. I now recognize that, in the grand scheme of things, I actually know very little–but I crave knowledge and hope to learn from as many knowledgeable and intelligent minds as I can.

I manage my time each and every day like it’s the most precious resource I have, because it is. I’ve got an itemized schedule that’s so ridiculous most people laugh when they see it. It’s only when they see how much I can truly get done in a day that they start becoming believers in my process (which to many, seems like an archaic method). This has been true even of entrepreneurs at the highest levels.

A problem I encountered as an entrepreneur (and that I feel is common among those just starting out) is that I had no clue how to find software developers to make my vision a reality, so I just asked around. Unfortunately, I didn’t know any developers, so I went on Google and ended up spending tens of thousands of dollars hiring a firm. In reality, I could’ve used a site like Elance and hired a freelancer to do better work for a few hundred dollars. My guess is that if I had done more networking and research before jumping in with both feet, I would have learned this earlier.

I’ve got a list of about 140 different tech or app ideas. In reality, I may use 10-20 of them. One that I’d like to see is an app that crawls travel sites and sends me a notification when airline tickets fall below a certain price and that lets me then purchase that flight with one touch on my phone. I’d use that app at least once a week.

I’d impose a form of quality control in the fitness industry. Our health is our greatest asset, as without it, we can have nothing else. As far as implementation goes, I’m doing it right now. Honestly, if you can come up with something you would change about the world and you know how you’d go about achieving that change, it’s pretty ridiculous not to already be doing it, right?

I cut my own hair. Actually, if you’ve seen my hair close-up, that’s probably not too much of a secret.

The 48 Laws of Power. It helped me make sense of why a lot of things have happened the way they have, and how to take those “laws” and apply them to interactions in my life, to work in my favor.

About three minutes ago. I was watching Shark Tank on my third computer monitor, and Mark Cuban started disco dancing with Billy Blanks Jr.

I’m going to give two answers to this question:

To whom would you attribute a great deal of your success?

Aside from my parents (for being supportive) and my business partners (for being brilliant), I’d have to say Andrea Lake. She was my first entrepreneurial mentor. I emailed her out of the blue after seeing her in an entrepreneurship DVD in college, and begged her to be my mentor. She had no reason to, but she took me under her wing and taught me the ropes. Three years later, we’re in business together–and I think one of the companies we’re launching is going to be one of the most successful ones I’ve been involved with to date. I can’t give details on what it is yet, sorry!

Personally, I’d like to be an example for people with lofty goals. I’d like people to someday view me as somebody they aspire to be like. It may sound vague, but I want to leave a legacy behind–in business and in my personal life. With the right approach and the right outlook, you don’t have to choose between your company and your relationships. You can have both, and you can be very successful in each.