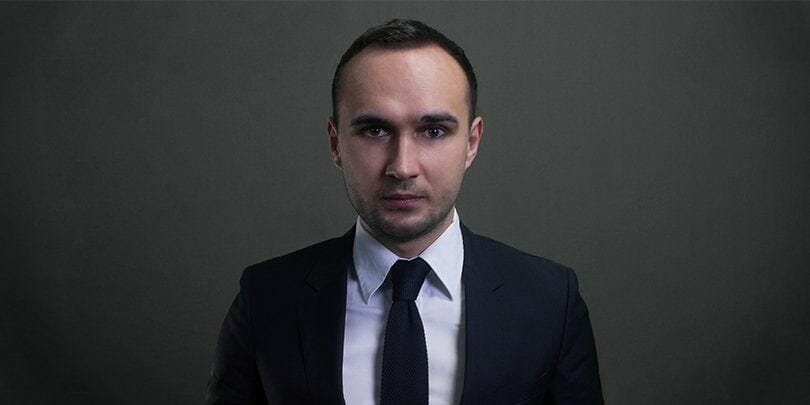 The way to achieve the goal lies through the goal setting. First you need to understand “why” you need it, and then build “how.”

Yakau Buta was born in 1990. He started doing business in high school. At the age of 17 he founded a computer equipment store. After hign school he entered the Minsk State University, TV journalism specialization. Being a freshman he started to work as Junir Journalist at the national TV-Channel “Belarus-1”. In 2013 he founded the communication agency Like Media Marketing. And in 2015 he decided to create also a news video agency StringersHub, which provided media outlets with video content from stringers (freelance videographers) from all over the world. In 2016 he became a Master of management and graduated from School of Business and Management of Technologe of Belarusian State University. In 2017 Yakau also founded a startup, in January 2018 he participated in Starta Accelerator program in NY.

Where did the idea for StringersHub come from?

The project StringersHub was started within the Belarusian media agency “Like media marketing”. Video production was the most successful specialization: the company shooted corporate films, advertising and created projects for local TV channels.
“Like media marketing” eventually began to receive orders from the major Russian TV channels. The customers were satisfied with the quality of material. Than I began to offer channels some footages from the other countries, where he had friends – experienced television journalists. A few months later it became clear that the services of stringers were in demand with large TV channels and it could be an effective business model.

That’s why at the end of 2015 I decided to create a separate project and help the media in receiving video content from any place in the world. Producers and editors were interested in such kind of services because of the strong competitiveness for the exclusive material existing between channels. A year later among the clients of StringersHub there were dozens of the largest Russian television channels and some media from Europe, the United States, and Asia.
In order to develop and grow the decision to improve the capabilities and create an online platform was made at the end of 2016.

It is often said that we should start making the day productive even yesterday. And it’s not a joke. During the day new tasks appear that require solutions. So I like planning. It is an integral part of my day. Thanks to it you can clearly understand what kind of business is expected tomorrow, which of them are paramount. In the morning I do exercises. This is not only for the body, but also for the brain. Not substantial breakfast, and then go to work. I have lunch at 13:00. I work until I complete most of the planned tasks for the day. After work, if time permits, I go for a walk. This is an effective way to relax after a hard day. Driving home. During the day I drink a lot of water. It helps to stay toned.

In fact, it depends on the purpose. But there is a general algorithm that I once learned from Robert Kiyosaki’s book “Goals and Solutions”. The way to achieve the goal lies through the goal setting. First you need to understand “why” you need it, and then build “how.” Therefore, first thing is to understand what the idea implementation can give you. When you finish it you should plan your actions: identify tasks, divide it into smaller ones and repeat this operation until you realize “I can do it right now.” Competent delegation of tasks will accelerate the process of idea implementation.

Uberization. This model has made it possible to speed up and make the contact of the client and the service provider more accessible. By the way, a similar model will be used by StringersHub.

I think it’s planning. This habit can help you to save a lot of time. The other one is an emotional control and analysis. It helps to follow the principle: “Think first, then do it”, understand the problem and find out the source of the problem. Perhaps, I should mention about the necessity of structuring. All the information should be structuring in order to navigate easily.

Do not waste your time on unnecessary things and strive to do what interests you. Unfortunately, in your middle twenties only you begin to understand how much time you spent on needlessly. But the missed days are lost forever. So I think I have just this to tell myself.

Over the years there is some kind of hobby — to set yourself goals that are difficult to achieve. Going to my goal despite everything — that’s my lifestyle. It’s funny to watch skeptics saying: “You can’t do anything,” but when I’m “on top”, they’re lost.

Analyze before acting. Many mistakes will be avoided and the result will pleasantly surprise you If you analyze information you get. Don’t be afraid to try something new, even if the idea seems absolutely insane. Even if the project doesn’t materialize, it’s better to know you have tried.

I used the “overpriced” strategy. The goal should be a level higher, then there will be an occasion to grow. When the goal is achieved and you see the amount of work done, you feel a surge of energy. “You can do more,” I tell myself.

Don’t “inflate” staff. There were cases in my practice when almost every new order was occupied by a new employee. This negatively affects when the number of orders is reduced. And another important point is KPI. Without clear criteria for evaluation and indicators, growth is impossible.

As a fan of uberization, I strongly recommend you to consider any business could be aggregated in some way. For example, a huge number of people around the world are fond of photography. But there is no single platform in the world that will unite rental studios, photo studios, pavilions for filming. I’m sure this idea is quite viable.

Charity. There are no comments needed. Near to each of us there are always people need help, including material.

Probably, LinkedIn. It allows you to always keep abreast of trends in business and marketing, keep in touch with representatives of your industry.

One of my favorite books is “Think and Grow Rich“. It’s useful as for beginners in business organization, as well for professional businessmen. The book tells about importance of correct thinking “what is money”.