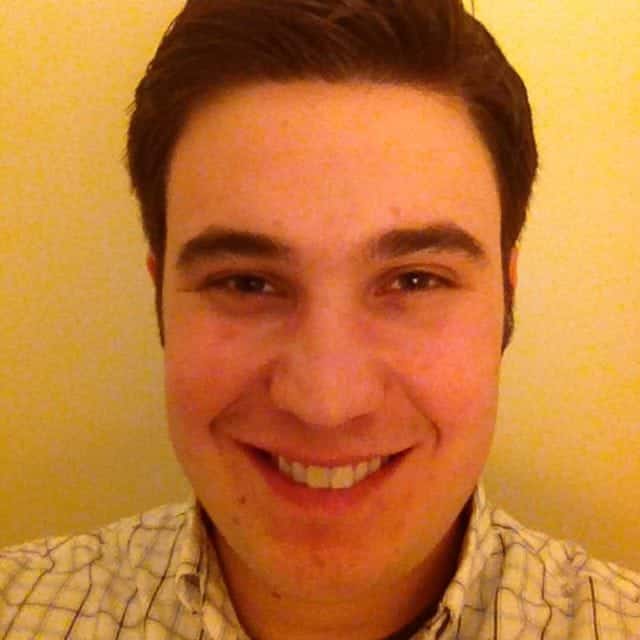 [quote style=”boxed”]Organize yourself. Make lists. Getting your thoughts down on paper is critical to knowing what you need to accomplish and when you need it taken care. Without this, these items will remain in your head and lead unproductive stress.[/quote]

In the summer of 2011, Zach and Justin Stanley lost their father, Dean V. Stanley, in a battle with lung cancer. What Dean left behind for his sons from years of hard work put them in a position to do what he would have wanted them to do — build the dream that they had for so long. In April, 2012, the brothers founded Starfantasyleagues.com, their first start-up. Star Fantasy Leagues, Inc is a for-profit business that offers the most comprehensive and user-friendly fantasy sports experience on the internet. Fantasy sports are games where participants act as general managers to build teams that compete against other fantasy owners based on the statistics generated by real individual players or professional teams. The most common variation converts statistical performance into points that are compiled and totaled according to a roster selected by a manager that makes up a fantasy team.

I am the President of Star Fantasy Leagues and my partners and I are working like crazy to build the most tricked out fantasy sports site on the net.

Where did the idea for Star Fantasy Leagues come from?

My brother Justin and I co-founded SFL after we lost our father in a battle with lung cancer. Avid fantasy players for years, we knew that we could build a better fantasy site than some of the boring clones that were clogging up the industry. What our father left behind for us enabled us to build our dream.

We take a small percentage (less or equal to industry standards) for every games that is played on our site. Because we offer daily games, these profits can add up quickly as our member base expands.

Chaotic and fun. Whether it’s meetings, making new contacts or blueprinting the next big thing, there is always something to do, something to improve. As an entrepreneur, expanding connections and getting in touch with the right people is critical. Your success as a business owner is less about your talent than finding the enthusiastic talent around you to help build your vision.

My ideas start most often as scrap notes. It is important to not let an idea slip away and I always have a pad of paper on my desk or next to my bed when something happens to hop into my mind at random. After that, it’s about determining whether your idea realistically fits into your business model before you start going to town on mapping it out. There’s no point in presenting an idea to your partners.

Our industry is trending upward every year and it is exciting to hear about more and more people getting involved in the fantasy sports scene. It’s a healthy escape that allows people to have some fun and take a break from the seriousness of life. It’s amazing being a part of that growth and helping to provide a service that gives people that satisfaction.

I had a computer data input job at my father’s company for a couple summers. It was tedious and EXTREMELY boring. It made me realize even more how much I yearned to think creatively and not sit in a box.

As with many young entrepreneurs, there was naivety starting out for us in what were doing and how we chose to spend our money. It’s a learning curve that doesn’t wait for you to catch up to it. Do I wish it had been different? Sure. But it was those experiences that allowed me to learn and make progress.

Organize yourself. Make lists. Getting your thoughts down on paper is critical to knowing what you need to accomplish and when you need it taken care. Without this, these items will remain in your head and lead unproductive stress.

I’ve recently pondered starting a website that allows users to see drink and food specials at local bars in their area. It has always bothered me that you can find bars and restaurants on tons of big sites and yet it’s a struggle to find who has 25 cent wings on Tuesday!

I would rid the world of cancer. I have seen too many friends and family brought down by this unbelievably difficult battle. Since I don’t have an ounce of experience in that field, I guess I will just have to keep donating…

When I watch movies I tend to root for the villain because they are usually more complicated and therefore more interesting.

1. My instant messenger tool (Trillian) – Importing all my Google, Skype and AIM contacts allows me to get in touch with people quicker than sending an email. This is a lost art.

2. Constant Contact – sending out emails to our member base couldn’t be easier. I can quickly update our members on new ideas, features and promotions.

3. Google Analytics – in our business, analyzing traffic is critical. I know where clicks and conversions are coming from and what advertising avenues are working to our advantage.

Good to Great by Jim Collins – this book gives core examples and reasoning for why some companies never develop a legacy and are gone as fast as they became popular. There’s a lot to learn here.

1. Conan O’Brien – Because he owns Leno in every category except chin size.

3. Mike Greenberg – Because he is “The world’s foremost authority on all matters.”

Today. Seinfeld is my soup for the soul.

Name something important about starting a business?

Make sure you have a key differentiator from your competitors. Without this, you’ll just be like everybody else, except they already have the space you want. Separate yourself.

What’s your most important goal in life?

I want to be looked at as a great brother, son, husband, father and friend.