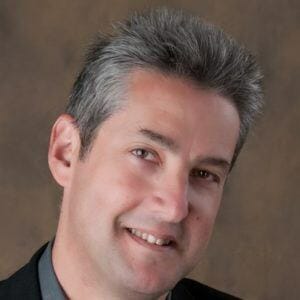 [box border=”full”]Today’s guest post is by Jeff Hasen,  the CMO of Hipcricket and author of the upcoming title  Mobilized Marketing: How To Drive Sales, Engagement, and Loyalty Through Mobile Devices, due in Spring from Wiley Publishing. You can find him on Twitter at @JeffHasen.[/box]

What I know and still wonder about more than 1,000 days and 2,500 followers into my @jeffhasen Twitter life:

I’m doing OK if you consider that I’ve consistently been placed on the Top CMOs on Twitter list .

I’m doing lousy if you average out days and followers that seem to indicate that I’m as popular as Christmas music in January.

I spend more and more time on Twitter. To help determine how much versus the rest, I went to Google and put in “time spent on t…” It came back with two choices — time spent on Twitter and time spent on toilet. At least one of those deserves to be kept to oneself.

I realize that I can grow my followers’ list rapidly through all sorts of trickery. But I continue to believe that a smaller list earned is better than one with 3,000 “followers” who have no value to me – nor me to them. By the way, Tweetcounter says it will take me about 535 days to get to 4,000 followers. I give that prediction slightly more than zero credence. I have lots in store for the next 535 days, none of which I’ve shared with Tweetcounter.

I refuse to use Twitter like most use Facebook (and many sadly use LinkedIn). Katie Couric famously said that “no one gives a rat’s ass that I had a tuna fish sandwich for lunch”. The minutiae of my life isn’t especially interesting to even those closest to me.

I see no value in using a Twitter account as an RSS feed. If you provide a link with no context or analysis, I’ve likely seen the news elsewhere. Please tell me what it means to you and to me.

There is no doubt that Twitter has led to business relationships that I could not develop elsewhere. Want to make a sale? Know your target and go where he or she lives. Twitter is full of potential contacts that are only reachable there.

I view Google Plus much like I saw Twitter 1,000 days ago. Approximately 62 million joined Google Plus in the first six months, according to one estimate (Google does not report the number). Consistently I’ve found those I’ve looked up to be mostly inactive. That either speaks to my circle or the tool as a whole. I spent some of the holiday break reading Chris Brogan’s Google Plus For Business: How Google’s Social Network Changes Everything. It’s a book worth a look, but, at this point, the extent of the change is in question.

Don’t be overly concerned by your Klout score or any other tool that claims to measure your influence. If you can grow your business, career or just your mind via what you see and say on Twitter, it’s an experience worth taking.

Forrester analysts say that 6.2 percent of online adults are creating 80 percent of the influence from tweets. The research firm calls these users Mass Connectors, part of the Mass Influencers group. I have no idea if I fit into those categories but I do feel like anyone can have influence if they provide useful insights and consistently put in the effort to contribute.