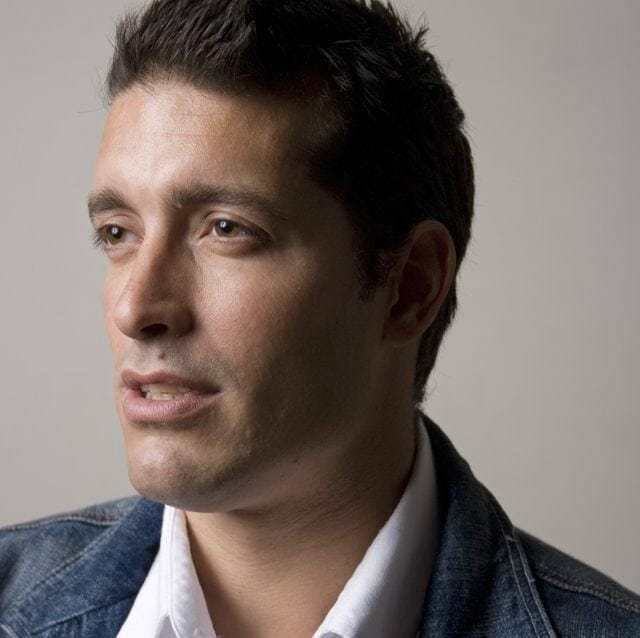 Born and raised in Croatia (which was then part of Yugoslavia), Nick Bicanic’s love of computers started when he was given a Sinclair ZX Spectrum at age 8. Once he maxed out the memory on the 48k rubber keyboarded beast, Nick carried on being a normal kid.

Nick represented Wales at the Junior European Championships in basketball and got bitten by the windsurfing bug in his late teens. After a few years sojourn at Cambridge University (which included lots of basketball and a prolonged and successful attempt to avoid getting up very early in the morning to row), Nick started working as a freelance web strategist. In those days, companies had nothing resembling a web strategy so one could pretty much write their own ticket.

While running the company, Nick began to seriously pursue his windsurfing habit; alternating spending long periods of time riding waves in Maui with developing products for clients in London. After a few years of breakneck pace in the heady days of the first dotcom boom, Nick successfully sold DeltaBravo. He continued to consult and manage some of the larger projects for the company on a contract basis.

He also contributed to two books published by Microsoft Press and to numerous articles in Wired magazine.

Nick spent the better part of a year in Maui; taking his time to decide which aspects of the world intrigued him the most. He has always been fascinated with discovering, breaking, improving and fixing objects and processes (be they storytelling, software, sports equipment or consumer electronics). He finally turned his attentions to filmmaking and produced and directed the feature length documentary Shadow Company about modern-day mercenaries. This involved travelling around various exciting parts of the world, including Iraq, Sierra Leone, Mozambique and South Africa. The film won several awards and industry accolades and even resulted in Nick testifying in front of the U.S. Congress.

In 2008, Nick was chosen as one of “Canada Goose’s Goose People,” a one-off worldwide list celebrating 50 visionary individuals set to change the world.

In 2010 while developing his feature film, Nick announced that Google Ventures had invested in his latest venture, echoecho. echoecho was created to solve the “where are you?” problem and as a way to use mobile technology to help people spend time with their real friends.

Oh, and in addition to being a natural leader, Nick has a background in traditional karate and currently regularly trains MMA and Krav Maga. He is also a helicopter pilot. One day all his combined skills might be used at the exact same time. Let’s hope someone has a camera handy to record that moment.

Most of my time is taken up being the CEO of a fast moving technology startup. The company is called echoecho.

It’s in the location sharing space, whatever that means. Suffice it to say that none of  the big (Google, Facebook, Apple) or small players had solved how to find friends in an acceptable, useful, easy and fast way; so there was a massive opportunity to get this right.

Running a startup is like going to war. There’s an ongoing stream of problems and the only way to resolve them is to think fast, be on your feet and have a nimble team of people around you that wear multiple hats and that you trust and respect.

Where did the idea for echooecho come from?

It’s simple. We have these smartphones that are very smart about showing you where you are: the proverbial blue dot on Google Maps. Except even when 2 people both have smartphones, the phones are extremely dumb about communicating their locations to each other. “Where are you?” is a huge problem. Over 100 billion “where are you?” text messages are sent every year in the U.S. alone. echoecho solves this problem.

Think + sketch on paper. The upside of having significant experience in tech development, design and process is that I can deftly flick between the multiple mental processes associated with these tasks when coming up with a new idea.

It’s still the growth of mobile broadband and smartphone usage, although it’s at once both excited and scary. We still talk of phones being tethered to our computers; it’s more like we are tethered to our phones. THAT social trend is scary yet accelerating.

I’ve been quite lucky, I have never had a full-time job. I’ve pretty much always worked for myself. Even straight out of college I worked with a freelance consultancy for all of 7 days and soon thereafter started up my first…errrm…startup.

My worst job was probably at age 15 when I worked (for about 3 days) in some restaurant near the beach as a waiter. I got fired for supposedly picking up fries that I dropped on a table and eating them.

I would have angel invested more actively immediately after selling the first startup.

Multi-task and be very brutal about pieces of information you read about competitors. I divide them into three groups:

1. Ignore because the proposition is useless.

2. Download and then ignore because the product is useless.

Create your own categorizations and don’t allow products/companies to climb up the chain unless you have MASSIVE evidence to the contrary.

The only green things I eat are Granny Smith apples.

Sherry Turkle’s Alone Together so we can better avoid becoming so.

It varies between Gotye, Gaga and Brad Paisley right now. All are on Sonos and Pandora.

If you weren’t working on echoecho, what would you be doing?

I’d be a film director.

Last week when my girlfriend  (who is a very good ice skater) and I went ice skating. She went flying with her legs flicked forward like a child learning to skate for the first time. Fortunately, she didn’t hurt herself apart from a very minor bruise. It looked hilarious at the time. It looked even more hilarious later because I’d been skating behind her filming her on her iPhone.

Who to pick who to pick. I can’t pick a sports figure even though it’s easy to idolize them when you grow up playing college sports. Heroes are often a let down when you actually meet them in person. They’re just people and they can’t compare to the mythology they carry (sometimes entirely without their volition). My mind drifts towards history figures of science that railed against the skepticism of the day, be that Nikola Tesla or Galileo. Then again, I don’t find myself emulating anyone in particular anymore, at least not for any sufficient length of time. So I guess some kind of scientist/athlete/inventor/gentleman/scholar/renaissance man type would be my hero, if I could find him.

Why are you developing echoecho on five mobile phone platforms? Isn’t it hard enough to develop on one?

Because I like to do the impossible. More importantly, because echoecho is designed to work with any contact in your address book (because we’re not building a new social network, we’re using one that all of us already have in our pockets), I didn’t want the experience to be restricted to only one platform.

Hmm. Interesting. Well certainly fame is the least important to me. Money in and of itself can buy a lot of things that can make you happy in a superficial way, but if these things are mutually exclusive then I would choose happiness. Because money plus UN-happiness is not better than happiness. Besides, if you have a lot of ideas and skills, you can always get more money.