15 Insights Gained From the Worst Jobs Ever 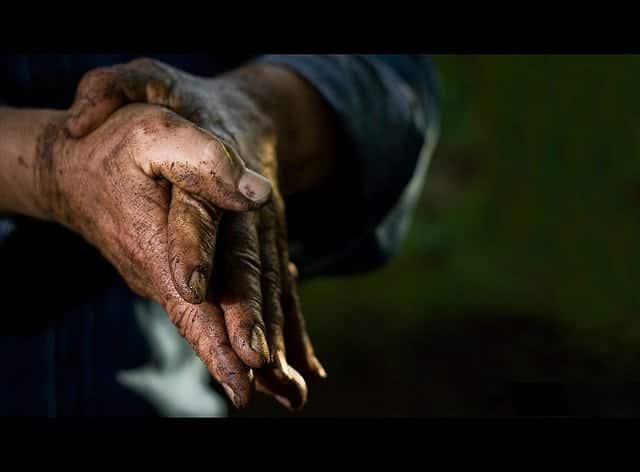 Have you ever collected pig ovaries? Painted the insides of large, steel vats? Surgically removed femurs from human cadavers? Our interviewees have, and they’ve willingly shared the lessons they learned from these experiences.

If you’re fed up with the corporate grind, sick of working for someone else or uninspired by what you’re getting paid to do, just remember the following true stories prove that even in a terrible job, there’s light at the end of the tunnel (and it might take some time and reflection to figure out exactly what that means).

Even if you’ve already ventured onto your own entrepreneurial path, you’ll appreciate these shocking and unusual accounts of our interviewees’ worst jobs ever.

Read on to get to the bad stuff, and be sure to tell us about your worst job and what you learned from it.

“While I was in college one summer, I worked in a University of Missouri research lab. I got up at 4:00 in the morning two days per week to drive to a slaughter house and collect pig ovaries from the slaughterhouse floor. Most mornings I worked in the pig barn until it was time for my 1:00 p.m. calculus class. That summer I learned that getting into the interesting work meant getting into some smelly situations. Understanding why you choose to be somewhere, and what your end goal is, takes precedent over a short-term situation that stinks.” -Brian Schmitt, Co-Founder of TestMyMarketing.com

“Before I started writing, I was a press photographer. Sadly, people don’t always like press photographers and think its okay to push them around, curse at them, shove them and even break their expensive equipment. After someone broke my camera I realized that I wanted to only do things that made people happy.” -Lihi Lapid, Israeli Bestelling Author and Journalist

“In high school, I worked at a sandwich shop and actually got fired because a co-worker of mine was apparently dealing drugs, and I was declared guilty by association. It was an unfair and unjustified reason to lose my job, but I learned earlier on that who you hang around will have an impact on you. I have chosen friends and colleagues carefully ever since.” -Chris Snook, Creator of loopthink

“My worst job was when I worked as a sales associate, selling a product that I didn’t believe in and had no connection with at all. It was my first job when I came to U.S., and it definitely helped me hone my English skills and basic cold-calling techniques. But I learned that you shouldn’t waste your time on a job that doesn’t bring any value to your life or that doesn’t let you bring value to others.” -Yenlik Baimukhanbetova, Founder of Moomkin.com

“I worked in tort litigation. I learned that it’s better to talk and solve problems than to litigate.” -Assaf Eisenstein, Founder and CEO of GooodJob

“The worst job I ever had was in the summer of my senior year in high school. My father, an orthopedic surgeon, wanted to create models to demonstrate a new method for correcting a hip joint misalignment. He needed human femurs to create these models. I was assigned to surgically remove the femurs from all the medical student cadavers before their cremation. It was very creepy working alone with 50 cadavers. Several times, I ran out of the room because of uncontrollable fear, but each time I returned. I knew that by collecting these bones, I would allow my father to teach other orthopedists how to perform this special operation. By harvesting the bones of dead patients, I would be helping living patients walk without pain. I took away two lessons from this uncomfortable job: 1) Sometimes, we are required to overcome fear and superstition in order to benefit our fellow man, and 2) Those who donate their bodies to science can greatly benefit their fellow man. This experience encouraged me to become an organ donor.” -Dr. Fred Southwick, Author and Professor of Medicine

“I worked as a freelance interactive designer for several years. I remember waking up one day around 6:00 p.m. (because my schedule was totally backward) and looking at myself in the mirror. I had a full beard and thought, “I have no reason to shower today, except for myself.” Fortunately that period paved the way for where I am today, but if I ever do it again, I’ll definitely buy a cat.” -Balind Sieber, Founder of Modern Nerd Apparel

“The worst job I ever had was working at Orange Julius, a fast-food restaurant at the mall. But I did learn a very important lesson: always treat people with respect, especially the ones who are serving you.” -Janette Eusebio Harwell, Founder of Box Play for Kids

“I thought I wanted to be a lawyer, so I managed a small international law firm in Toronto. The owner, my boss, was a crazy-maker. It taught me to have a thick skin and to be able to get along with anyone, but most of all it taught me to listen to my instincts. I quit that job, despite its financial rewards, and moved abroad–and that’s when I fell into the branding career I love today.” -Andrea Shillington, Founder of Brands for the People

“As a kid, I worked in my family’s sheet metal shop, and I did everything from sweeping the floor to running all of the heavy machines to welding. My parents were always very keen on making sure that their kids were never spoiled, so I often got the shittiest jobs. One summer, when I was about 16, my job was to crawl inside of some large steal vats and paint the insides with grease so that they wouldn’t rust. The vats were outside and this was in Miami when it was over 90 degrees and close to 100% humidity. I did this for a day or two, and I after each session, I was soaked with a mixture of sweat, grease and dirt. I am also kind of retroactively surprised that I didn’t suffer from a heat stroke. Anyhow, having had such a shitty job is like being inoculated against every possible employment disease. No matter what happens, I can always say to myself, “Well, at least it’s not the grease tanks again,” and that’s priceless. (Thanks mom and dad!)” -Gary Flake, CEO of Clipboard

“I worked for Motherhood Maternity as an assistant manager. I had the job for less than a week and quit. I learned the importance of corporate culture. It’s not just a buzz word that people toss around; it’s a very real thing and prospective employees have to strongly consider whether they fit when making the decision to apply for a job or accept an offer. I was a horrible fit for their corporate culture for so many reasons and I knew it right away. I’m glad I didn’t force myself to stay there in the name of ‘giving it a chance.'” -Lisa Nicole Bell, CEO of Inspired Life Media Group

“My worst job was bailing hay in the middle of July in Southern Ohio, and I learned that I really really never wanted to bail hay again.” -Austin Kleon, Artist and Writer

“I’d say the worst job I had was working in a store selling electronics. It definitely wasn’t frowned upon to get poor immigrants to sign up for store credit cards and then get them to buy really expensive things. What I learned from that job was that I don’t want to take advantage of people to make an extra buck or two.” -Rob Walsh, Co-Founder of Scholastica

“One summer I did data entry for a title policy insurance company. A couple weeks of this project included moving about 20,000 manila files from one enormous group of shelves to another in the most dank, dingy basement you can imagine. It was lovely. (That was sarcasm.) The biggest thing I learned was that people like very different things. There were people who had spent their entire careers there. While that seriously blows my mind, they were mostly content. I realized it is never okay for me to judge what other people like or dislike, especially when it comes to their work.” -Josh Allan Dykstra, Co-Founder of Strengths Doctors

“One summer in high school I got a job as an inventory control clerk with the government on a Navy base. What that meant was that during the middle of the summer, my coworkers and I had to count all of the pieces and all of the parts to Lord-knows-what in a 120-degree, metal warehouse with no air conditioning. We had to find the item numbers and count every single piece of whatever we were counting. Sometimes we were truck parts… maybe four of them. Sometimes there were nuts, bolts and screws, and there were 13,000 of them! We would break those jobs up into parts. If we had a big ol’ box full of thousands and thousands of washers, we would bag them in groups of 100 and then count them that way. All summer long, five days a week, six hours a day, we counted [parts], divided [them] up and counted again. I learned a very valuable lesson that summer… no matter how insurmountable a task, goal or dream seems, if you simply break it down into smaller manageable parts, you can pretty much achieve anything. That’s exactly how I viewed taking an idea to market. I couldn’t think about the enormity of the big picture too much or I would get overwhelmed at the thought of all of things I didn’t know. I had to break it down into small and manageable steps. Instead of “bringing an idea to market,” I simply did a preliminary patent search, made a prototype and started a business. Each next step then came into focus. Now doesn’t that sound a lot less scary?!” -Leslie Haywood, Inventor of Grill Charms