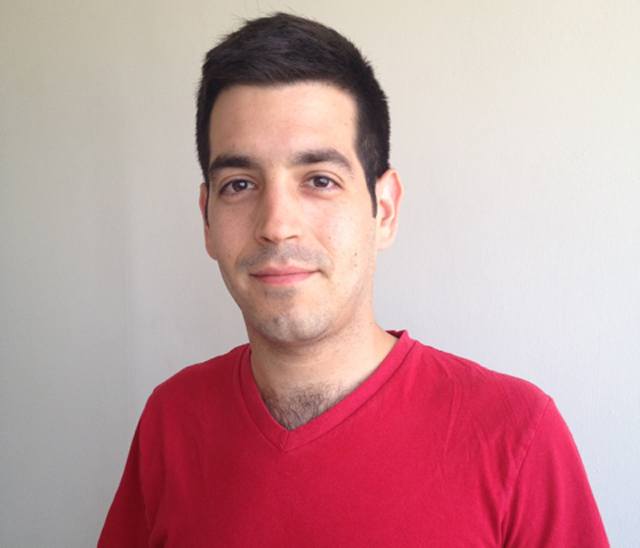 [quote style=”boxed”]Talk to people. I must admit that I don’t talk to as many people as I probably should, but you won’t get very far if you just keep ideas to yourself. You never know who’s going to have an interesting insight.[/quote]

Avishai Weiss is co-founder and CEO of Apartable, a new startup that’s easing the pain of finding a place to live. Before Apartable, he worked in various aspects of online advertising and tech as a product manager, and received a B.A. in political science from the University of Chicago. He has lived in New York, Chicago, and Tel Aviv, and previously spent a lot of time in South America.

I’m working on a better way to find a place to live. For the one third of Americans who rent their homes, it’s a huge hassle to sort through mountains of apartment listings, decipher vague information, and stress out about moving. My goal for Apartable is to help people find a great apartment in as little time as possible, without any of the traditional headache.

Where did the idea for Apartable come from?

The idea for Apartable is the result of searching for apartments one too many times. I’ve lived in Chicago, various areas of New York City, and Tel Aviv, and each search resulted in a pretty substantial amount of hassle and frustration. There was always this nagging feeling that there had to be a better way to find somewhere to live. The latest time around, I must have seen 30 different apartments, at least half of which I wouldn’t have even bothered viewing if I’d had just a little more information. If you’re looking for a one-bedroom on a quiet street, why would you even bother seeing a ground floor studio on a major street? It just didn’t make any sense. If I was experiencing that pain, then surely others were too, and that’s how it all began.

Usually I start the day with coffee at one of my favorite places in the neighborhood, and then I head to the office to work. These days I’m focused entirely on Apartable, building the app and talking to customers and renters. The mornings are usually devoted to development, and afternoons are dedicated to talking to clients. The nice thing about being an entrepreneur, despite the sometimes-insane hours, is that you can work from a café or go meet a friend in the middle of the afternoon when you feel like it.

These days, mostly with code. Although I studied political science in college, I always had fun building different projects and getting back into programming.

How great the cameras in phones are now. I used to shoot a lot with my SLR, but now my phone has just as high a resolution. It’s now so much easier to get a cool shot wherever.

Probably the month or two that I worked as a waiter at a café. We had these regular customers who would always re-engineer every item on the menu to the point where it was a completely different item, and then they’d yell at me when it deviated from their arbitrary spec. I suppose the takeaway from that could be that you have to learn when to suck it up and when to quit.

Start what again? We’re dealing with far too many variables here.

Talk to people. I must admit that I don’t talk to as many people as I probably should, but you won’t get very far if you just keep ideas to yourself. You never know who’s going to have an interesting insight.

The main thing would probably be that people are really quick to tell you that your idea will fail. It’s pretty easy to do that, so I try to take whatever useful advice they have and ignore the non-useful stuff that they say based on incomplete knowledge.

The most important thing that you’ve probably overlooked is marketing. How are people going to know about your business? If you can figure that part out first, you’ll be way ahead.

I would make it much easier to travel. It’s much easier than it was 50 years ago, but it could still be way easier. A good place to start might be to ease visa restrictions in a lot of places, as it could really help accelerate the way ideas spread and the opportunities that people have to connect.

It wouldn’t be a secret anymore if I told you, now would it?

I’d recommend The Facebook Effect: The Inside Story of the Company That Is Connecting the World, because it gives a really interesting account of how Facebook was built. It’s an interesting read for anyone who’s interested in how they initially grew their user base.

Just the other day I saw some people acting really funny in the street. I guess you had to be there.

How did you learn to code?

I never studied computer science. Everything I know I learned just by hacking and playing with stuff, using the resources available online.

What do you do when you’re not working?

I love walking around, observing my surroundings, and taking pictures. It’s really cool to see how things look through the lens, and all the details that you miss when you just glace over things.