26 Green Entrepreneurs Who Are Helping Our Environment 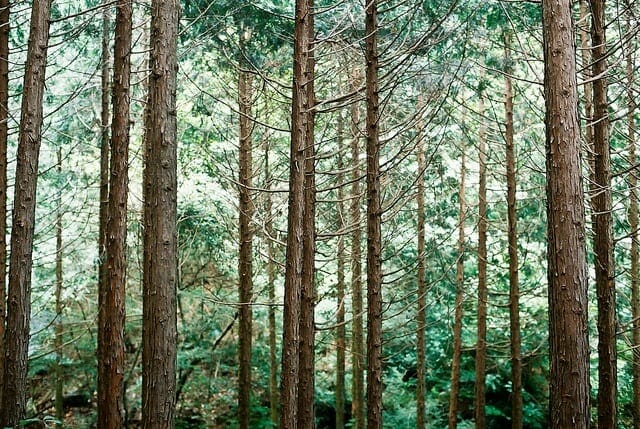 From at-home mushroom farms to reusable diapers to bamboo bikes, the ideas of the following green entrepreneurs we interviewed are unexpected, effective and earth-friendly. We’d like to take a minute to celebrate the super green Mensches who realize that they can, in fact, make a living while helping to preserve and protect our world. After all, we have only one inhabitable planet (Sir Richard Branson hasn’t gotten that far yet).

Nokero (short for No Kerosene) was formed in June of 2010 to develop safe, affordable and environmentally-friendly technology that eliminates the need for harmful and polluting fuels used around the world. Nokero is a fully-financed, privately held company with offices in Denver, Colorado and Hong Kong. Nokero’s Denver office, led by American inventor and company founder Steve Katsaros, generates new advances in solar LED design and technology and focuses on business development, marketing, and public relations.

Nikhil Arora and Alejandro Velez, Founders of Back to the Roots

Back to the Roots (BTTR) was founded in 2009 by Nikhil Arora and Alejandro Velez as a 100% sustainable urban mushroom farm. Since then, Back to the Roots has transformed into a unique company focused on bringing sustainable grow-at-home products into households across the country! Their vision is to serve as a standard bearer of innovation and responsibility in their community in order to inspire others to work towards a more sustainable future.

Vina Lustado is the founder of Sol Haus Design, a firm that specializes in sustainable building. As an avid traveler, Vina has always embraced the idea of living simply and in small living spaces. Living simply allows flexibility, reduces consumer consumption, and frees people from debt.

Talking with some of his close friends who work in the fundraising industry, Jordan Gottlieb recognized that there was a niche that didn’t even exist yet! He has always enjoyed learning new things and building so it just seems like a great place to apply his energies. And thus Go Green Fundraising was born. The Go Green fundraisers feature products and ideas that are earth friendly and healthier and give their customers the opportunity to not only raise the money it needs, but to make a difference by choosing earth friendly fundraiser ideas.

Green Product Placement is a media product placement company for green, local and socially enterprising products. Beth Bell was inspired by the prospect of being able to use the very powerful and engaging marketing platform [of feature films and television shows] to promote products in line with her own personal purchasing ethics and the ethics of a very large and growing group of savvy consumers, while at the same time making it easier for film makers, production designers, set decorators and prop people to find geographically correct, socially conscious, and green products for use in their films.

When Joe Miller found out that students on university campuses were printing 4 billion sheets of paper per year, he knew something had to be done. Armed with the understanding that students would continue to use paper for academic purposes, he set out with the mission “what we can’t reduce, we must offset.” His company, Print a Forest, aims to plant 75 trees for every tree used for the printing of paper. It’s a free software application that relies on a sponsorship revenue stream to donate to nonprofit reforestation efforts in endangered forests.

Janette Eusebio Harwell is the founder of Box Play for Kids LLC, a company that makes eco-friendly, 100% recycled, custom-designed stickers that turn throw-away boxes commonly found in the recycling bin into repurposed, fun and simple toys.

In early 2010 Jameson Morris sought out to share his passion for natural, sustainable living with world and founded Organic Soul, which, in less than a year’s time, grew to become one of the largest organic living publications online. More recently, Morris and his team have launched Conscious Box, a new monthly subscription service for everyday people to discover unique, conscious businesses they can trust.

Emily Wilkinson, Creator of the botlfilter

As a mother of two, Emily Wilkinson became increasingly alarmed by the environmental impact of disposable plastic bottles. So she decided to channel her concern into action. The result is the botlfilter™–a portable water filter that challenges the problem, providing filtered water, on the go, without harmful plastic waste. This innovation delivers fresh tasting filtered water anywhere good tap water is available. It’s Emily’s contribution to reducing plastic waste in her community.

A few years ago Eric Fitch started a biogas company called PurposeEnergy (PurposeEnergy.com). The company developed a technology that takes all of the waste byproducts from the beer brewing industry and converts them to renewable natural gas, treated water, and organic fertilizer. The company’s first, full-scale plant is at Magic Hat in Vermont.

Australian-born and the co-founder and CEO of gDiapers, Jason Graham-Nye, has turned his commitment to making the planet greener and healthier into an environmentally friendly hybrid diaper company. One diaper, two options: reusable cloth and a biodegradable disposable. Graham-Nye launched gDiapers with his wife Kim in 2005, and has been nurturing the company into a growing success every year since.

Stuart Gold is the managing director of Trashy Bags Project, which creates useful and attractive bags and other products directly from the sachets that have been collected from the streets of Africa–to demonstrate that waste plastic can still be useful long after it has outlived its original purpose.

Daniel Phillips and Kim Karlsrud, Creators of COMMONstudio and Greenaid

Daniel Phillips and Kim Karlsrud are the creators of COMMONstudio and Greenaid. COMMONstudio is an emerging design practice engaging in interdisciplinary approaches to objects, systems, tools, and spaces with an emphasis on issues of urban ecology, social enterprise, and adaptive reuse. Greenaid is an initiative that converts gumball machines into seedbomb dispensers for a more fun and accessible way to beautify the forgotten spaces of the urban environment. It started as a design idea in 2010 and has since blossomed into a full scale social enterprise with a growing line of seedbomb products and services. There are currently over 50 seedbomb dispensers deployed around the world.

Juha Koponen is the co-founder of Netcycler, which offers a new way to make environmentally friendly consumption decisions by reducing purchases of new products. Netcycler supports using existing products until the end of their life cycle. When you no longer need something, the service will find someone who does. It’s an alternative for consumption centered lifestyle, an easy way to minimize shopping while still getting everything you need.

Pat Ford, Executive Director of Save Our Wild Salmon Coalition

In 1992, Pat Ford helped found the Save Our Wild Salmon Coalition, which is working to restore the endangered wild salmon and steelhead of the Columbia and Snake River Basin in the American Northwest, for productive use by people and ecosystems.

Scott Hed, Director of the Sportsman’s Alliance for Alaska

Scott Hed is the founder and director of the Sportsman’s Alliance for Alaska (SAA). The SAA is a program of the Alaska Conservation Foundation, an Anchorage-based non-profit, and works with hunters and anglers, hunting and fishing conservation groups, companies in the hunting and fishing product industries, lodges, guides, outfitters, and members of the outdoor media. Scott still can’t believe this is his job.

Jim Moriarty is the CEO of Surfrider Foundation, which is a nonprofit organization with the mission to protect and enjoy the oceans, waves and beaches through a powerful activist network. Moriarty’s vision is to create a global movement of coastal environmental awareness and action.

Bill Staby is the founder and chief executive officer of Boston-based Resolute Marine Energy, Inc. (RME)—a developer of technologies for harvesting energy from ocean waves. Since the company’s founding in 2007, it has received research and development funding from the U.S. Department of Energy and the U.S. Department of Interior Minerals Management Service to build and test several wave energy converter (WEC) prototypes.

Approximately five years ago, Adam Bernholz realized that the “built environment” (meaning the manufacture, transportation, use and disposal of building products) was far and away the single largest user of electricity, energy and raw materials in the US. Moreover, he realized that it was also the single largest producer of CO2 and waste into landfills. Simply put, it was the “lowest hanging fruit” industry to create, real, positive change in our impact on the environment. This profound impact, combined with Adam’s entrepreneurial desire to solve pain points in large and evolving markets, caused him to investigate, and subsequently launch GreenWizard.com.

Born and raised on a small ranch in Brazil, Steffany Boldrini was destined to become a future green entrepreneur. Ultimately, her upbringing was an important life-changing event, which culminated into what is now EcoBold, a leading e-commerce company providing online video reviews of various green and eco-friendly products.

In 2007 Mark Gavin created ecojot as a new brand of beautifully designed 100% post-consumer recycled paper products. In 2010 he launched the “buy 1, give 1” program to donate books based on the sales of certain ecojot items. As of 2012, ecojot has donated around 200,000 school workbooks to schools in Kenya, Zimbabwe, Niger, Ghana and Haiti.

David Auerbach is a co-founder of Sanergy, a startup which provides hygienic sanitation in the slums of Nairobi, Kenya. As David explains, “We are making sanitation sustainable in Kenya’s slums by building low-cost toilets which we franchise out to people living in the community. They run the toilets as a small business. We collect the waste, remove it from the community and convert it in useful by-products, namely fertilizer and biogas.”

Seyi Fabode is the co-founder of Power2Switch, a website that educates consumers about retail electricity. The company give customers the ability to comparison shop for electricity providers and save on electricity expenses. It also educates consumers (both residential and small commercial users) on how they can reduce their energy usage and further reduce cost.

Vaughn Spethmann has been working on developing world transportation solutions for almost five years, and has been at the helm of scaling up and producing new ideas for bamboo bicycles and medical and cargo entrepreneurial trailers. Living in Lusaka, Zambia, Vaughn is co-founder of Akerfa, a 501c3 non-profit in the U.S., which helps start bicycle enterprises in developing countries. Akerfa has projects in Los Angeles’ skid row, Zambia, Congo, Uganda and Kenya. Vaughn works very closely with Akerfa’s first enterprise, one of the most successful bicycle manufacturing and mechanic facilities in all of Africa, called Zambikes.

Know of any green entrepreneurs who should be interviewed on IdeaMensch? Please comment below.