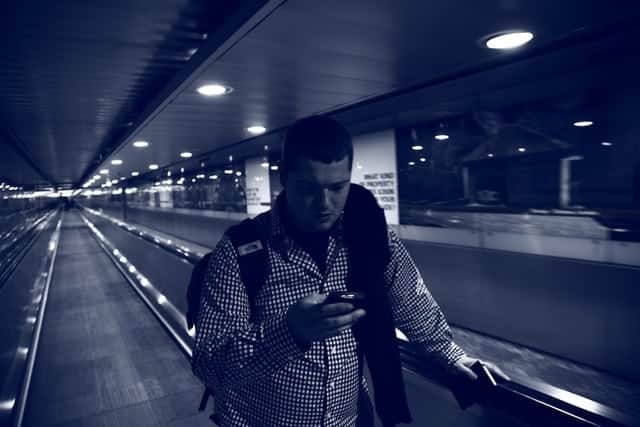 [quote style=”boxed”]Your friends/colleagues are most likely to have the best people to refer, and when that doesn’t work, dig in, get creative and poach if you can.[/quote]

John McPheters is the founder of CLDmkt, a platform that allows users to buy, sell and trade anything via Twitter. A problem-solver with an entrepreneurial spirit, John came to the realization that people near and far, from all walks of life, accumulate products, goods, clothes, trinkets, chotchies, etc. that they don’t need or want.  In other words, “One man’s trash is another man’s treasure.” CLDmkt was created to make people’s lives more efficient, by helping them acquire, de-acquire and even swap stuff. With a long, storied history in the digital and media realms, John has an acute understanding of the social space, which has definitely powered his vision.

We just launched CLDmkt.com, a social selling tool that allows users to #buy, #sell and #trade goods, services and more–all via Twitter.

Where did the idea for CLDmkt come from?

I’m a pack-rat, collecting things as diverse as sneakers, art, toys, watches, etc. Finding a way to sell or barter these goods is difficult, especially when you’re short on time. The idea for CLDmkt came to me when I tried to figure out a better way to deal with these problems.

I think most people are in the same boat as me. Whether it’s that sweater from a grandparent, kitchen equipment that you don’t use, a snow globe from that oh-so-special vacation you had, old DVDs or concert tickets, there are a million things that people would like to get rid of. People keep acquiring things and/or replacing them without getting rid of what they already own. Especially in the city, people don’t really have space for clutter, and no one really wants to pay to store goods.

At 7:00 a.m., my morning routine begins with me checking email, showering, reading a newspaper or two, and then speeding across the bridge to the races. Hammering things out is what I do best, so I’m always working on my task list or turning complicated things into quick things I can digest and tackle. Music is a must; it creates the tone to which the day will unfold, so always try to keep it upbeat yet focused.

Collaboration mixed with execution. Most of the time, it takes a couple of people to really fine-tune something, so I try to surround myself with people who inspire me with the right energy. Collaborating with creative people always produces results, and I’ve been so lucky to consistently have great people on my team to help formulate things.

Social selling in general. The entire planet has done a great job of building our networks through social media, and in my mind, the logical next step is to make things more commerce-driven. Seeing how people will monetize their networks and garner more control over brands and consumers in general will be thrilling.

I once worked folding towels at the YMCA in Boston for a summer. No matter how many towels I folded, they just kept on coming–hour after hour, week after week. At first I tried to fold as many as I could, thinking there would definitely be an end at some point. Wow, was I wrong. Lesson learned: work smarter, not harder. Also, consistency is underrated.

I would’ve gone digital earlier. I spent lots of time in the print world, and while I think print is still valid, digital seems to be the rule rather than the exception these days. Because things have shifted around, spending those extra years in digital would’ve put me ahead of the game in a million ways. There are a lot of things I would probably do differently. Anyone who says they have no regrets is usually lying. Learn from regrets and keep moving!

Check your work. Everyone wants to have a finished product without dotting the i’s and crossing the t’s. When it comes to emails, documents, codes and ideas, people these days are so prone to spitting things out without putting in the due diligence. The devil is in the details.

For a while, as a startup entrepreneur, I had trouble finding good candidates to bring aboard who could also buy into the dream. Staffing is always a difficult challenge, but thankfully, I’ve cut my teeth enough times that things are much easier now. Learning how to spot talent is definitely an acquired talent! Perseverance paired with advice from people who had been through the process before helped me along. Tap into your network for the first round or two of new recruits, and always remember, “birds of a feather.” Your friends/colleagues are most likely to have the best people to refer, and when that doesn’t work, dig in, get creative and poach if you can.

I know, I know–everyone says opening a restaurant is a horrible idea, but I’m consistently amazed and inspired by how many powerful new and scrappy up-start food players emerge every year. Vintage, niche, specialized food is the way of the future. Giant fast-food chains, in my eyes, are destined for failure. Go open up a vintage soda fountain and ice cream shop, or figure out a new way to create a burrito. It might sound like a long-shot, but I really think hard work can pay off in these types of businesses. Just remember: location, location, location.

An eighth day in the week would be incredible. This is what I want, but for the life of me, I can’t figure out how to make it happen. Any ideas?

I’m black-listed from the Bellagio in Vegas, and I am not telling you why!

The Power Broker: Robert Moses and The Fall of New York. It’s an incredible book, and it explains how one man shifted the vast landscape of the city and literally moved mountains. It’s over 1,100 pages though, so I wouldn’t call it a quick read.

@JoseCanseco. He’s like a real-life Kenny Powers. It’s great.
@cat_ebooks offers words of wisdom from the mind of a feline-inspired Twitter robot, who might just change your life.
@CLDmkt (self plug!). I mean, who doesn’t want to buy, sell and trade stuff on Twitter?

Two weeks ago. Unfortunately, I can’t repeat it here.

That’s a tough one. There are many people I know and don’t know, who have touched and inspired me in some way. Political views (that I don’t agree with) and current scandal aside, I’ve always loved Rupert Murdoch for his shark-like nature as it relates to business. Learning about his conquests in the newspaper business in Australia and the U.K., prior to his coming to the U.S., was inspiring.

What inspires you professionally?

Travel. Seeing business ideas created and executed abroad gives you a fresh perspective on things. There are a million, subtle business differences you’ll find–depending on the country you’re in–that can be re-applied to whatever market you’re in, even for digital. Go to Tokyo, Hong Kong, London, Berlin, or anywhere, really. Just touch-down and let the ideas flow.