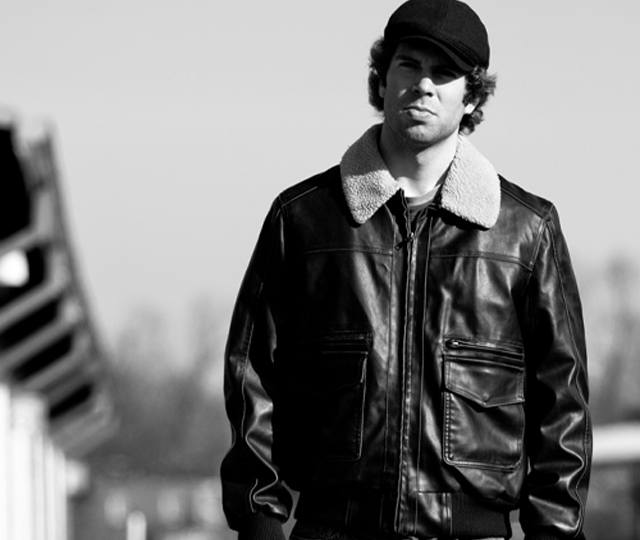 I’m the self-proclaimed satirical “Leader of the Revolution of Overthrow Bad Music.” Technically, I’m a guitarist, vocalist and teacher. A gift for my guitar students morphed into a revolutionary spoof that has folks saying “‘sup comrade!” and “overthrowing” any music they don’t like. The revolution is quite inclusive. When people ask, “What is bad music?” I answer, “Any that you don’t like!” Little girls who like bubblegum pop are on the same team as teenagers who like metal and old folks who are into classical. Everyone wants to make the world a better place, and that starts with music.

I have self-released 2 CDs so far (available on my website at www.joshurban.com) and my first-ever music video in collaboration with my brothers. It’s a tongue-in-cheek track called “Santa is a Communist” ).

I bring my ideas to life primarily with Photoshop and a loud guitar. There are so many of us musicians out there, and we’re all saying “me, me, me” all the time. It’s relentless and more than a bit annoying. So I started this “revolution,” making it all-inclusive. I’m trying different models and ways of doing things, backwards sometimes, to make people think. I’m going to start asking fans and listeners for THEIR autographs and start my own wall of fame in which people can send me pictures of themselves. I’m always Photoshopping myself styled as some propaganda spoof, too. It seems like there are so many things all around us that are roll-on-the floor hilarious or inspirational if we just tweak them a little bit.

I’d recommend reading [amazon_link id=”0743243153″ target=”_blank” container=”” container_class=”” ]The Road Less Traveled[/amazon_link] by M. Scott Peck. Everything we do is psychology. The more I understand where I’m coming from, how I’m operating and why I’m doing what I do, the better I can move forward on the grand road.

Perhaps this only applies to me, as advice is often extraordinarily specific, but the one thing I’d say is my skill and my craft as a musician are secondary to what I’m saying. It’s simply a vehicle to get a point across. If you’re an artist or other creative type, maybe think more about what your art is allowing you to say and less about how technically skilled you are. Of course, technical skill is paramount when a complex idea needs to be expressed, but it’s STILL for the idea, and not so people go, “Oh WOW, Charles Dickens could type at four billion words a minute!”

I’m going to write my next album and have each song fully express my voice. As an entertainer, it’s easy to hide behind a mask. People ask how I can go onstage and it’s easy if it’s not really you up there. So now it’s time to be 100% Josh with no mask on whatsoever. That, and overthrow some more bad music, of course!