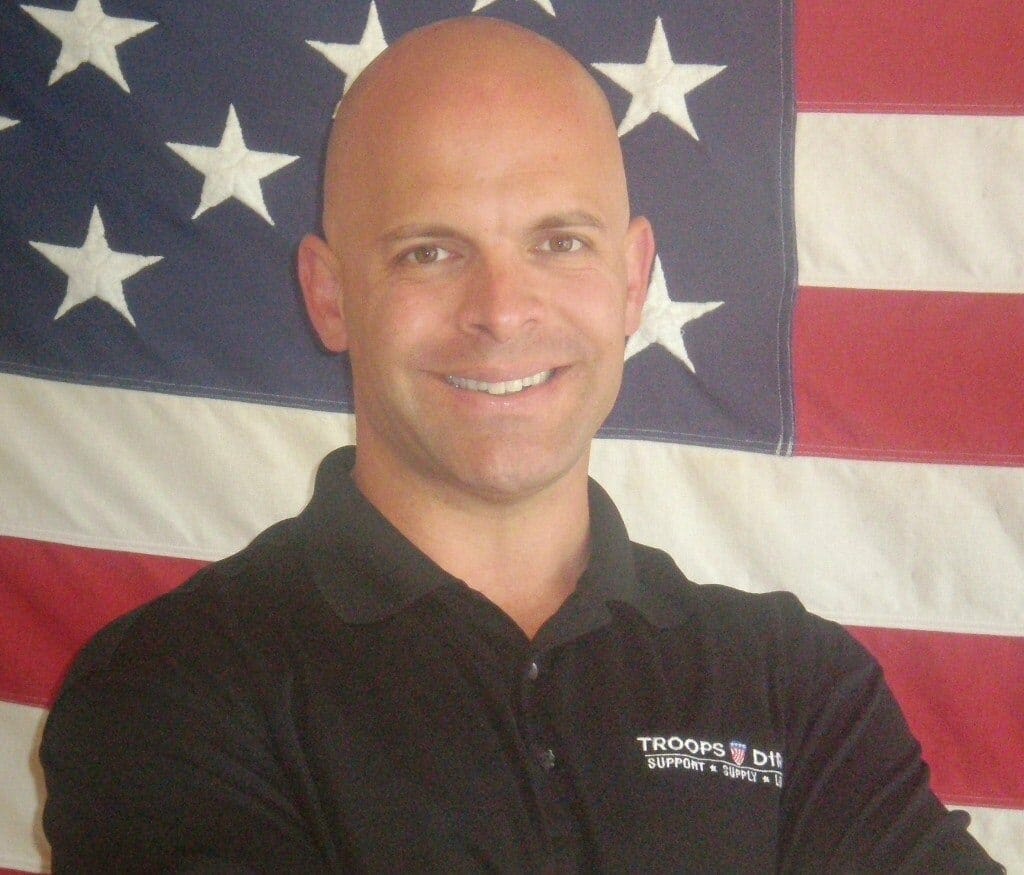 Aaron Negherbon, a Northern California native, has had an entrepreneurial spirit and a strong sense of patriotism running through his veins since childhood. Starting in grade school, he marketed for the local ice cream man in exchange for free goodies that he then gave to an elderly vet on his block. In high school, he spent his free time volunteering at local youth organizations while running an auto detailing business from the back of his car. Upon receiving his degree in Marketing and Finance from The University of Southern California, he joined his father and grandfather in the automotive industry at their 10 family-owned franchises and was soon managing all operations.

With the sale of the auto franchises in 2003 came an opportunity to reinvent himself in the real estate industry. He soon made his mark as not only a leading producer but also as a head corporate trainer, evidence that his spirit of giving was always at the forefront of his character. All the while, he knew there was a higher calling that would affect more lives than those he touched via his real estate practice.

In 2010 the opportunity was presented in the form of TroopsDirect. It started with a simple care package to a longtime friend, fellow USC Trojan and Marines Corps Captain deployed to Afghanistan. His friend’s email of thanks not only expressed his gratitude but also that he shared the contents of the package with other Marines under his command. It was then that Aaron realized that there were thousands of service members on the front lines who would benefit from an ongoing supply of hygiene products, nutrition, medical supplies and gear; essential staples that would keep Americans healthy, sharp and motivated.

Aaron’s quest began with the goal of giving them everything he could possibly muster. He would ship to entire companies and battalions in bulk, supporting upwards of 1000 service members in a single shipment. Aaron reached out to the corporate contacts that he had made through his years as a business executive for support and directly communicate with the frontlines in order to ship items that they specifically needed. In a matter of days, support for this mission was received with the energy of a tsunami and TroopsDirect was born. In the following months, a high ranking military official stated that TroopsDirect was a game changer for his units and that an organization like TroopsDirect comes around once in a military’s generation. Hearing those words, Aaron knew he was doing something right and had found his higher calling. He has since left his real estate career to focus on making TroopsDirect a lifeline for our American heroes in combat.

I am continuing to develop TroopsDirect.org into the leading nonprofit organization for our deployed service members. More specifically, I am working diligently to raise the capital to increase our support to 50,000 or more frontline service members. It must be done.

Where did the idea for TroopsDirect come from?

It came from one care package that I sent to a friend deployed in Afghanistan and subsequently learning that our service members deployed to combat theaters go without so many critically needed items that either aren’t issued or are simply not available. Since our inception in June 2010, we have shipped over 15,000 pounds of requested support to the front lines–no candy or frisbees, just supplies that can be life and limb saving. This is unprecedented for a nonprofit organization.

I sleep very little because of my commitment to being available to communicate with our commanders on the front lines 24/7.

4:00 AM: I wake-up to correspond with our commanders on the front lines, to get an update on their needs and to communicate with supporters on the East Coast.  I am frequently on live morning news segments, as well.

6:00 AM: I spend a few precious morning moments with my newborn son, Noah and prepare for my day during a 5 mile run.

8:00 AM-midnight: I go to our offices to share our mission with the media, develop relationships with contributors or visit our warehouse to receive shipments or oversee loads being built to go overseas. I could also be on a plane to a stateside base for meeting with unit commanders who are preparing to deploy to Afghanistan or other parts of the world. I am often on Skype, email or satellite phone with commanders on the front lines receiving or clarifying requests. Thank god for laptops and iPhones.

I live by the mantra that my dad had written in his office desk: “Vision is the art of seeing the unseen.”

I NEVER stop thinking. I don’t take no for an answer. I am always writing down ideas that will positively impact TroopsDirect and from there I run them by those in the know to explore their viability. There is no right or wrong at this stage. This could include new ways to improve logistics and communications for the front lines or finding a better replacement for requested items.

A real life example is when units were requesting baby powder to mark where roadside bombs were. I explored the viability of basic chalk powder used on baseball diamonds and construction sites. It was better performing, more cost effective and easier to ship in bulk. Furthermore, it was favored by our men over the baby powder they had initially requested.

3 trends that excite you.

-Mobile communication: I communicate globally from my iPhone and laptop
-Increased corporate giving: It’s our lifeblood
-Improvements in battlefield/combat medicine

I worked in the college cafeteria during my freshman year at USC, which was a nerdy job. I was one of the cool guys but I got ridiculed by my peers for working there. It taught me to never apologize for the positive things I did for myself and also to stay humble. Both are traits I carry to this day.

I would have started years sooner, 2003 perhaps. TroopsDirect could have impacted hundreds of thousands more service members. I would have also changed my collegiate business emphasis to entrepreneurial studies as opposed to marketing and finance. Other than that, no regrets or mulligans requested.

Make a to-do list for the following day before going to bed and complete EVERYTHING on the list without fail. Write everything down because your memory will fail you at times.

Have a humble ego because you can be the best in your mission but always ask lots of questions and learn from those that have come before you.

I am afraid of failure to the extreme and have been known to cry in the car when a service member from a unit that we support is killed or gravely wounded in action.

Always promote yourself on your person. I am always wearing a TroopsDirect t-shirt or golf shirt and I am frequently asked about what TroopsDirect is. Lapel pins for those in suits is also good. If you won’t wear something promotional, then you don’t believe in your vision.

We Were One by Patrick O’Donnell. It is about our generation of heroes who voluntarily enlisted and fought for our nation in Fallujah, Iraq.

Who Needs A Road by Harold Stephens. It’s a true story of 2 guys who drove around the world and their hilarious expeditions.

If you weren’t working on TroopsDirect, what would you be doing?

@TroopsDirect
@OnPointEnergy: they share a similar vision with TroopsDirect
@CraigNewmark: he is always giving back through sharing causes and creating relationships

This morning my newborn son was making the funniest expressions. Also, Tosh.0 was on last night. I’d love to have a beer with that guy.

With U.S. troop withdrawals from Afghanistan slated for 2014, will TroopsDirect remain viable?

Absolutely, it would be foolish to think that our forces will not be called upon after Afghanistan and that the urgent needs of our units will not continue. The fact is, we always have units deployed across the globe that need the critical items that TroopsDirect supplies. That said, in times of peace we are planning to turn TroopsDirect’s mission to one that helps vets realize their own entrepreneurial visions.

Did you serve in the military?

No but my bald head always give people that impression.