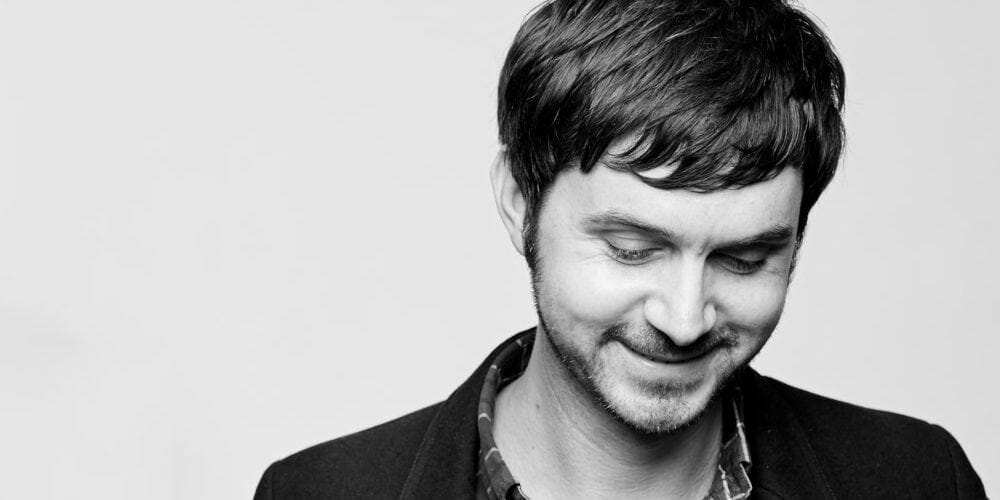 I’m an emotionally productive animal, so when I feel the stirrings of an idea, I’ll do my best to act on it immediately. If I’m feeling blocked up, I like to swim or walk it out.

Adam is a creative producer and copywriter based out of Melbourne, Australia. He is the co-founder of Jafflechutes, the world’s first float-down pop up sandwich delivery company, which toured New York and Montreal in late-2014. Adam also runs the public transport match-making service Puzzle My Myki, and the on-demand selfie sketching website SelfieSketchup. By day, Adam works in the only industry that will have him – advertising.

Where did the idea for Jafflechutes come from?

Like every idea in the history of ideas, Jafflechutes came from about twenty places at once. The short story is that I lived in the middle of the city above a busy thoroughfare that lacked late night dining options. I shared this with some friends, and – mixed with beer – we came up with the idea of parachuting foods onto passersby.

Jafflechutes doesn’t pay the bills, so my typical day requires that I wake up at an unnatural hour and go off to work at an advertising agency for eight hours. I’m an emotionally productive animal, so when I feel the stirrings of an idea, I’ll do my best to act on it immediately. If I’m feeling blocked up, I like to swim or walk it out.

First as words – the fewer the better – then as a sketch. Only after I’ve thought out an idea thoroughly will I think about sharing it. Release and idea into the wild too soon, and it may die an early death. If an idea is still lingering after being shared around, I’ll measure up my ability to execute it myself versus enlisting outside help.

It’s not a new trend, but the continuing appreciation of craft and artisanship – particularly in a digital world – is something that gives me hope in humankind. Demonstrate that a thing has had time and care invested in it, and people will value it (even if it’s no Mona Lisa).

Working for a company that positioned itself as creative and innovative, but that completely lacked an internal culture to achieve those things. There’s nothing more frustrating than seeing an opportunity for creativity shrivel on the vine.

That’s an uncomfortable thing to think about. I guess I would have embraced the 80s a bit more.

Read. Wikipedia may be the single greatest resource in my creative life. My advice would be to go to Wikipedia and read about your favourite things, then click three articles away and read about those things. When you find something surprising, read the discussion page beneath – you might just stumble on a valuable insight.

Is it cheating to say ‘have no strategy?’. Of course you should have a vision, but attempting to plot the fine points of an idea’s execution can often illuminate to some pretty intimidating problems before they need be brought to your attention. Leaping hurdles is easier on the trot. Be bold and do.

Not making money has probably been my biggest failure as an entrepreneur. I used to think that factoring in money too early in the birth of an idea would kill it. I still believe that in a certain way, but getting very, very poor forced me to be more realistic. That said, the soles of my boots are still pretty worn.

I’ve never seen the back of my head properly – or the backs of my thighs, or my ear canals. It seems crazy to me that I’ve owned this body my entire life, yet a large part of it is completely invisible to me. There’s something in that, I’m sure. A virtual reality app, maybe? If someone can take me on a hiking tour of my own inner ear, I’d sign up immediately.

I’ve never fallen over while ice-skating.

I’m typing this right now in Google Drive. Almost everything I do in life has a colour-coded folder, spreadsheet or document on Google Drive. As well as Wikipedia, I really enjoy deep-diving in TVTropes.org for insights – I never leave that place with exactly the information I went in looking for, but it’s always worth the journey. And Google Image search. I use text search when I’m too lazy to type in a full web address – I use image search when I’m looking for inspiration.

Anything by Kurt Vonnegut or Douglas Adams. Both authors take very real human insights and plant them in universes without boundaries – reading their work is like taking your imagination to the gym.

I was a huge fan of Alexandra Kleeman when I was at university. She had a wonderful blog called Technicolor that I read every day. These days she’s a published author, which is how things should be in a just universe (and doesn’t surprise me in the slightest).

Also my friend and artist Damien Frost. Damien’s a great guy with amazing taste. Before I knew about anything, I used to watch from afar as Damien executed idea after idea (or so it seemed). Every mix tape I’ve ever made has been a feeble attempt at emulating Damien’s style.