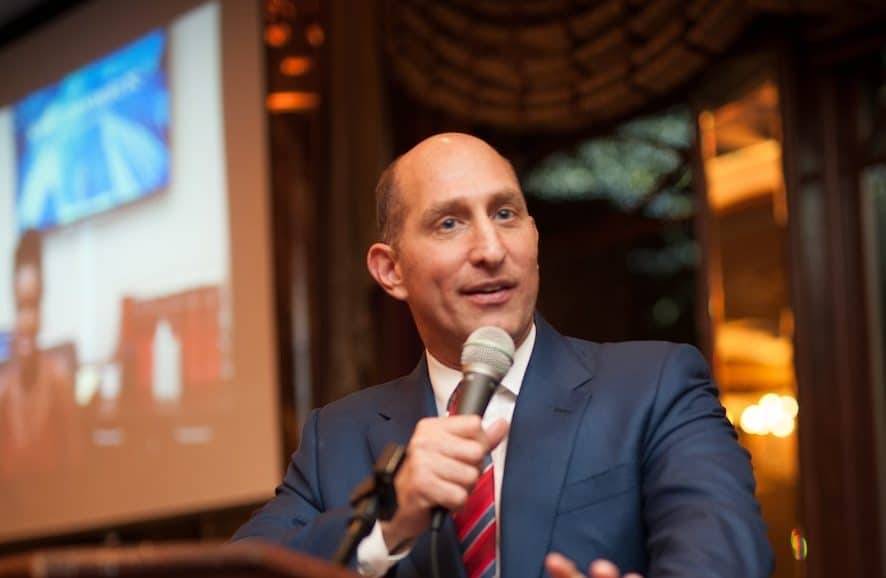 Adam Leitman Bailey is an award-winning lawyer and entrepreneur in New York City. He is the founding partner of the eponymous law firm — Adam Leitman Bailey, P.C. — which he has grown into the foremost provider of real estate-centric legal counsel in the city.

Both Adam Leitman Bailey and the firm have received accolades for their exceptional work: The Commercial Observer named Bailey one of New York’s Most Powerful Real Estate Attorneys. Bailey is one of two attorneys from a law firm with less than 30 attorneys that has been ranked in Chambers & Partners, honored with a Martindale-Hubbell “AV” Preeminent rating, a Best Lawyers ranking for himself and his law firm and selected by Super Lawyers as one of New York’s “Top 100” attorneys, a list that included only five real estate law firms’ attorneys. His professional accomplishments have earned him both a fellowship position within
the highly competitive American College of Real Estate Lawyers and praise from his colleagues in New York.

In a reflection on Adam Leitman Bailey’s work, one state judge announced that: “[Bailey] was the best trial lawyer I saw in my nine years as a Judge in New York City.” A New York State Judge, Kings County, stated that he had known Bailey for fifteen years and that “he is a brilliant lawyer and innovative who always worked zealously on behalf of his clients.”

Adam Leitman Bailey’s work has become synonymous with the most important, bet-the-company disputes and deals of the new millennium. In many cases, Bailey’s advocacy has even served to transform New York’s real estate landscape. The New York Times referred to his legal strategy and legislation proposed in one case as “novel,” in addition to remarking on another case in which “Adam Leitman Bailey fought on…grinding through excruciating detail and obscure Perry Mason moments.” After Bailey’s firm used a forgotten statute to prevail in a landmark case, the Wall Street Journal quoted a prominent New York developer’s attorney who called the holding a “game changer” affecting real estate nationwide. In another case hailed as “the city’s largest condo refund ever” (Curbed NY) involving “a settlement likely to send shivers through the ranks of the city’s condo developers” (the New York Post), the settlement he received was the largest condominium settlement in history for one building, and in another transaction, he obtained the largest government grant ($21 million) for a cooperative in New York history. The Commercial Observer ranked another victory among their “15 Most Fascinating New York Real Estate Cases of the 21st Century.” Most recently, Adam Leitman Bailey secured the largest settlement in New York City history for a property casualty lawsuit.

Where did the idea for Adam Leitman Bailey, P.C. come from?

I worked at two law firms and had excellent legal training but I always wanted to give our clients more; I wanted to do a better job and a fight harder for them. Most importantly, I wanted to have the ability to call the shots with the clients. So, when a client offered me a bartering deal — a free office and receptionist in exchange for doing some of their trials — I jumped at the opportunity and started my own law firm after giving three months’ notice.

People tell me I’m the hardest working person they’ve ever met. I wake up at 6 AM and typically arrive home sometime between 9:30 and 10 PM every Monday through Thursday. I also do work on Sundays after my boys are sleeping.

Every day is productive. If I am in court, I am either arguing for a client or conducting a trial, and any free time constitutes calling or emailing clients or working on case strategy. In the office, we are working on cases and building case strategy. I am also meeting with new clients, training younger attorneys and staff and counseling corporate clients on preventing problems. At night, many times I have board or client meetings.

I think conceptualizing the ideas in the first place is often more difficult than enacting them. I firmly believe that running, playing basketball, having alone time, and conducting intellectual discussions with very intelligent people are all habits that have helped me to generate the ideas that Adam Leitman Bailey, P.C. needed to break new ground in our industry.

I actually try to ignore trends. I am an American who believes in a meritocracy where those that work the hardest and do the best should earn their just rewards.

I think it helps that I have very few unproductive habits. I do not smoke and rarely drink, I am not a partier, I sleep well (aiming for 7-8 hours), I know the importance of vacation time, and I provide incredible customer service because I really need to please and succeed for my clients.

I had a profoundly difficult childhood, and I don’t wish that kind of upbringing on anyone. But looking back, I know that my experiences gave me the mental fortitude I needed to become who I am today. I never take a sick day, never cancel an obligation, and never give anything but my
best. If I had to give my younger self advice, it would be this — endure, because you will become strong and succeed where others fail.

You can learn from everyone, no matter how repulsive a person might seem to you—everyone.

I believe in developing productive habits. Everything I do I try to do well. That habitual competency makes it easier to succeed when you get to the important tasks, because when you start doing them, you automatically strive to do them well.

I treated every client like the most important client in the world. I happened to go into a field that started booming the year I entered it. I had built a skill set made perfectly for the tough NYC market and the clients wanted an aggressive lawyer. As the business grew, I knew that I needed to hire people better than me. So, I did — over and over and over again, I hired the most talented lawyers without regard to race, sex, creed or nationality and thereby built a naturally diverse and capable team.

I have trouble fitting into normal lawyer society. I fight hard for my clients; I am a street lawyer and a fighter, but most lawyers aren’t trained to be assertive in the way that I am. Our firm kept winning cases that, at that time, shocked everyone for the major impact their rulings had on the real estate industry. Due to the resulting high-profile visibility, I’ve needed to balance my inner fight and grit with the legal sector’s broader social expectations.

Baby Boomers constitute a significant portion of our population — and today, more than ever before are becoming senior citizens. I believe that any business that could serve them, especially medical services or senior living facilities with accessible amenities, would be well-positioned for success.

We recently paid interns from inner city schools to work in our office. Their learning is priceless.

I am always writing. I don’t necessarily need a single software to do so — I can write in an email or on Word or whatever system my law firm uses. Truthfully, it is not the software that makes me productive, but what I use it for.

No better investment exists in this nation than buying your first home. For that reason, I recommend Finding the Uncommon Deal, my best-selling book on the subject.

“I firmly believe that any man’s finest hour, the greatest fulfillment of all that he holds dear, is that moment when he has worked his heart out in a good cause and lies exhausted on the field of battle – victorious.” – Vince Lombardi