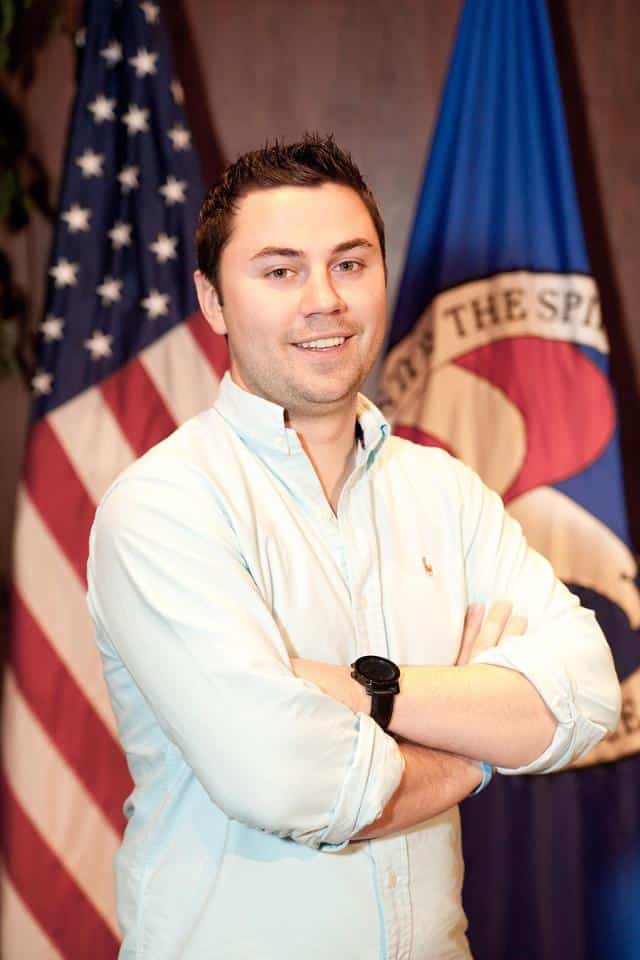 [quote style=”boxed”]”Being thoughtful is great but I wish I started experimenting a bit earlier on.”[/quote]

Adam Lieb is the Founder and CEO of Duxter Inc, the LinkedIN for Gamers. Duxter is a funded startup in Seattle, Washington, poised to be “the next big thing” in gaming. Rather than listen to the conventional wisdom that “playing games was a waste of time,” Adam turned his passion into business. After starting his first gaming company at 11, bringing in tens of thousands of dollars selling virtual goods at 13, and building his first million dollar business by 20, Adam founded Duxter, his largest and most prosperous venture yet. Adam believes in challenging the status quo and following your passion.

Building Duxter. Duxter is the LinkedIn for gamers. We focus on giving gamers the best place online to call home. More specifically I am focused on building an incredible team, keeping the company funded, and making sure we achieve our goals.

Where did the idea for Duxter come from?

I’ve worked in this space for 15 years. One of the issues I noticed that precipitated Duxter, was the inability for gamers to share their passion on mainstream social media (Twitter/Facebook). These outlets didn’t feel “right.” Gaming, like your professional life just doesn’t belong on Facebook. I saw the opportunity unleash pent up emotions and thoughts with a social media platform.

We run a rewards program which incentivizes our gamers for certain behavior. When they engage in this behavior they earn a virtual currency (coins which we call duckets). These coins can be cashed in for discounts on real world goods, things gamers love (games, consoles, clothes, consumer electronics, etc..). We are able to pass along these discounts and still turn a profit on the margins of the goods.

Emails, phone calls, standups, one on ones, some reading, some writing, and a bit of fun with the team. I do a fair bit of travel meeting with investors, advisors, partners, and potential team members.

Start small. I use this well-known concept of the MVP (minimum viable product) in just about everything I do. The philosophy says that rather than build the best possible version of something that might not work or meat your needs, try building a baseline version of the product that will meet those needs. This saves a great deal of time and money. I try to experiment and see what I can get by with in order to prove an idea is a good one. Once the idea has proven to be a good one, it is fairly easy to find resources in order to optimize and perfect it.

Cheaper and smaller screens. There is something about having nice LCD screens on devices that didn’t typically have them. Remote, refrigerators, watches, these are all places we are now putting screens. As the cost of creating those screens shrinks I think we will see more screens in more places. As a tech nerd I just love this.

This could also probably go in the little known facts category, but for a very short time in college I worked for Abercrombie & Fitch. Sort of a silly story so ill go ahead and tell it

Read. It sometimes feels selfish to pull yourself out of the day-to-day grind of startup life. I find that reading helps me keep my perspective and see the forest from the trees. I read books, blogs, and the newspaper when I can. Most of what I read somehow applies to bettering myself or bettering my company. The perspective is really key though. I’d highly recommend it.

One project I worked on in law school that I spent far too much time researching. Turns out the idea probably wouldn’t really work. All of the research and data available said that it would. What I didn’t know at the time was that someone, in a far better position to execute it, was already working on it. I found this out by talking to folks in the industry who pointed me in this direction. I think getting out and talking to people earlier was a place I really failed. This is a mistake I haven’t made sense.

This may already exist and if it does the entrepreneur who created this app should email me and I’ll use it. One big annoyance I have in my life is travel. I hate wasting time getting to the airport too early or risk getting there too late and missing a flight. I would love to know how long the line is at security, at check-in, traffic at the curb, and whether or not my flight is in time. If I could get all of that information into my phone on travel days, I would be willing to pay a decent amount of money. Someone should invite this app. I want absolutely no credit for the idea, I just want this to exist.

Let me confine this answer to something I can control. Things like world piece and famine are a little bit beyond my reach. If I could change one thing it would be access to technology for young people. Growing up with the Internet at my fingertips really meant that nothing was beyond my reach. Anything I wanted to learn about was only a few clicks away. It would be great for young people across the world to have the same access. Opening your mind and expanding your possibilities is a magical thing.

I am a second-degree blackbelt in karate. It really isn’t something I talk about a lot and looking at me you don’t think, “this person must be a superior athlete.” This would definitely fall in the little known facts category. I practiced karate for about 15 years.

MobileDay is my favorite app. It will dial into all of my conference calls (including the pin number), which saves me time everyday. I love KissMetrics, which is one of the data, and customer analytic tools Duxter uses. Buffer is also an extremely useful tool, it allows you to queue up your social media messages and then release them on schedule. Rather than having to sit down to send out a business tweet 10 times a day, you can set them all up in the morning and have them go out throughout the day.

Outliers. This is one of my all time favorite books. The book talks about all the factors that lead to success that you’ve probably never thought of. There are a ton of great references and anecdotes that I hear in the real world all the time. If you have any interest in being successful and want to learn about what makes folks successful read this book.

5 minutes ago. I laugh out loud for a good chunk of the day. I work with a bunch of characters. I think I’ve heard it phrased best: “Work with people who take what they do seriously, but not themselves.” I am lucky enough to be in that exact situation.

I don’t know that I really have a hero. One of the my role models in business is Jim Sinegal founder & CEO of Costco. From day 1 Jim had a strong vision for what he wanted Costco to be. He has never waivered in how he wanted to run the business, regardless of what Wall Street said. Jim had passion and conviction and instilled that in his company.

What is the trait you most look for in team members?

Scrappyness. Ok I don’t actually think that is a word but it really encapsulates what I have seen as the most successful folks in startups. Ambitious people who don’t think about or worry about what can and can’t be done, and aren’t concerned with what folks in the outside world say. They are just scrappy. I would take scrappy over educated or experienced. Scrappy people usually can and will learn. Scrappy people will gain experience faster and will execute quicker. If you know of any scrappy people

What is one tip for managing work/personal life balance?

Have some “off” time. I felt like I worked 24/7 for years. I always felt on call. I checked emails at 3 am and during family dinners. What I’ve learned over the years is that if I give myself planned “off” times I will make sure everything important gets done before and after. Turns out that working “less” has made me more efficient. I do one date night a week with my wife where I don’t bring my phone. This helps keep me sane and keep me focused when I’m at work. Give yourself some offline time.