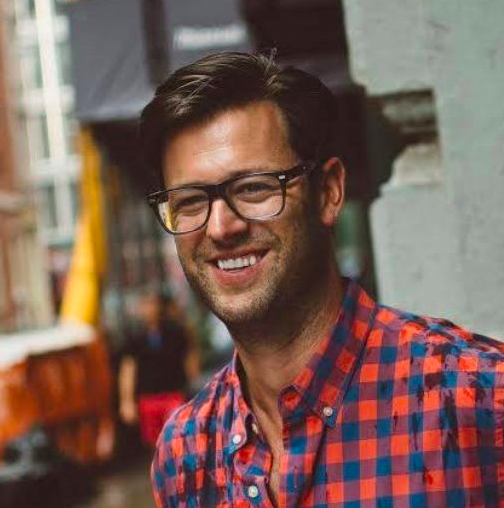 Keep throwing spaghetti against the wall. Eventually, something will stick.

Adam Robinson (39) was born in Houston, Texas and graduated from Rice University in 2003 with a Bachelor’s degree in Economics.

After graduation, Robinson moved to NYC to work for Lehman Brothers (and Barclays Capital, post-bankruptcy) where he traded credit default swaps. In 2009, Robinson decided to leave Wall Street to pursue his entrepreneurial dream.

In 2014, he launched Robly Email Marketing. The business grew to $5 million in revenue in the first two years and by 2017 was awarded #1 in Customer Satisfaction across the entire email marketing space. After proving Robly’s viability, Adam worked to scale the business. After testing and scrapping a few ideas, he and his team launched GetEmails in 2019.

Adam is now based in Austin, Texas where he lives with his girlfriend Helen and their two pet chickens.

Where did the idea for GetEmails come from?

It actually evolved out of a feature that we built for our Email Marketing application called Robly.

People were signing up for Robly and not even using it for Email Marketing – they were just using the GetEmails (then called RoblyID) technology to identify 35% of their anonymous traffic, then manually uploading the contacts into their own Email Marketing app.

Well, we’re remote, so right now I’m in Aspen for three months with my girlfriend Helen.

I make my day productive by crushing checklists.

I talk to as many people as possible who are experts in the field for months on end before attempting anything myself.

Lots and lots of digging.

When we’re finally ready to proceed, I mock up UI in an app called Snagit, which is basically photoshop for dummies, then get a designer – if our team is too busy I go to upwork – to make the actual pretty pages, get the HTML coded by someone on our team, then hand it off to our CTO who will make sure everything works as we believe it should for the MVP.

We then listen to customers and iterate.

Data, identification, etc. I have no idea where the laws are going to end up, but we can do some amazing things for marketers right now.

I don’t easily get distracted when I’m working. I read 4-hour work week like 7 years ago when I quit my job, turned the noise off (social media, news, tv, etc) and never turned it back on.

Become a product guy NOW, over-invest in product and product experience rather than sales and marketing.

Email marketing in the USA isn’t actually opt-in. It’s opt-out. Meaning, you don’t have to have an opt-in to send a blast email (legally speaking).

Keep throwing spaghetti at the wall. Something will stick someday.

Somehow Facebook ads are working for our B2B company this time around. We made a short video and it’s crushing. Tons of comments, reasonably priced signups that are paying back in under a week … Check the ad out.

Never before has this happened to me.

I tried three things three years in a row to grow our ESP that had flatlined. None of them worked, I spent a million dollars, and got sued by a large competitor.

I just kept throwing spaghetti against the wall.

This is a tough one – I traded CDS at Lehman Brothers for 10 years and the entire corporate bond market is still voice.

Create an AI product that captures missed trade data from voice then presents the total picture of an accounts activity to the trader every time that account comes in.

That won’t make sense to most people reading this … But maybe a couple.

They are $370 — but it’s still Bose noise-canceling headphones. They turn anywhere you have a laptop and table into an office.

American Pastoral by Phillip Roth. It’s an absolutely riveting novel that contains deep and painful truths about the unfairness of life.

Anything Warren Buffet has ever said.

We simply attempt to be fearful when others are greedy and to be greedy only when others are fearful.
Price is what you pay. Value is what you get.
Someone’s sitting in the shade today because someone planted a tree a long time ago.
Risk comes from not knowing what you’re doing.