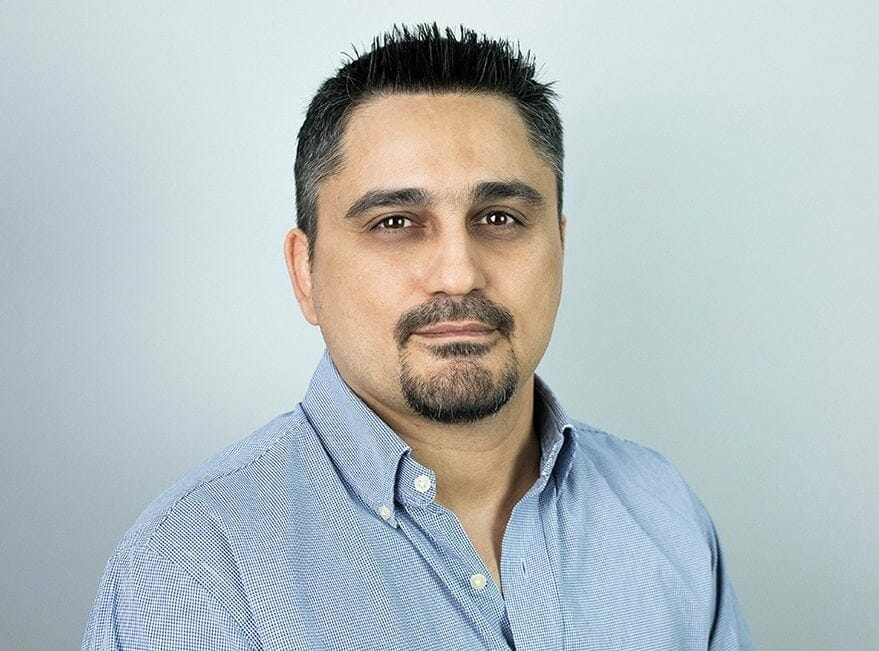 Power is taken, it can never be given.

Alex Karasulu is the CTO and Founder of OptDyn, the makers of Subutai, the world’s first intelligent Peer-to-Peer Cloud Computing platform.

Alex Karasulu is an entrepreneur with over 25 years of experience in the software industry and a recognized leader in the open source community. He is widely known as the original author of the Apache Directory Server, used by IBM both as the foundation of the Rational Directory Server and also integrated into the Websphere Application Server. Alex co-founded several Apache projects, including MINA, Felix and Karaf, among others, which, along with their communities, thrive independently past his day-to-day involvement in the projects. He is the founder of Safehaus, where he authored the first low-resource mobile OTP algorithms in open source with the OATH community that was later adopted by Google in their Authenticator product. In addition to IBM, Atlassian, Cisco, and Polycom are just a few of the many companies that sell commercial hardware and software solutions that bundle or embed software and products that Alex has created. Alex holds a BSc. in Computer Science and Physics from Columbia University.

Where did the idea for your company or product come from?

The idea first occurred to me when I realized just how much computer resources are wasted on the edge and even in the cloud itself but the real push started once we realized the impact of running applications close to where all the devices reside to make industrial mission critical Internet of things possible.

It’s a massive juggling effort right now with so many things going on. We are both a cloud software and hardware company dealing with blockchain technologies so the rapid changes in these areas are constantly requiring us to learn and research new advances to stay ahead.

Sheer willpower to persevere against all odds! Of course there’s the first quick research effort to determine if something is feasible according to the laws of the universe and economics. Then there’s the impact assessment to the business. We’re constantly iterating like this and driving forward to improve our products. We’re blessed to be working in such an exciting field. We never get bored with creation.

Blockchain and FinTech is insane. We first saw how the cloud was virtualizing everything and now with the blockchain we see finance and entire economies being virtualized. Blockchain is insane and it will change everything.

There is a huge shift occurring right now on 3 major axes to give birth to a new world: (1) the blockchain is virtualizing economics and removing intermediaries, (2) the cloud has matured and offers so much potential even to the mass market now, and (3) the Internet of Things (IoT) is bringing on-demand Industry 4.0 capabilities to the market. These mega-trends coming together to offer even more innovative possibilities will reduce costs for everyone, and change our lives as we know it. Expect incredible advances that will change society and impact every aspect of our lives over the course of the next 5 years.

I think while I sleep. I realized that my mind has its own subconscious power if I let it do its thing instead of freaking out. We find ourselves in the darkness all the time where information is not available in textbooks, research papers, or in the state of the art. Relaxing, not stressing, and saying it will come to me, lets that most advanced computer, the human brain, solve problems while you sleep. I just have to make sure I absorb enough information to let it go on its own. There’s a zen to it. I call it the way of no way.

Be more brave! I find that intelligence is not the main factor. It’s more than guts to try something outrageous that catapults you ahead of the rest to bring a new innovation to the market. Most people don’t try crazy ideas and they fail there.

No one believes that we can achieve the miracle of autonomous cloud computing on the edge. We’re in the business of building intelligent clouds that move around like amoebas around available idle resources while preserving the operation of applications inside it. It’s crazy, but we’re using serious math, AI, and predictive analytics to make magic happen.

Heh, this might come off as madness. I advise every entrepreneur to exercise self induced schizophrenia. Kind of like having lots of personalities you purposefully create and can consciously switch back and forth from. Build entirely different people inside you. This is the most efficient team you can have.

I’ve always tried to stay on the bleeding edge to differentiate our business. Everyone can use the existing tools do something that looks great. The tooling has made just anyone capable in technology and that’s great but its the edge where some serious math and physics is required to do the black magic where we feel most comfortable to compete. The darkness where others fear going. It’s high risk but it’s also high reward.

I had so many failures but I regret none of them since you learn most from failing. I guess the pain sticks with you and forces you to think. As a specific example I would probably cite my attempt at a technology business around Identity Management. I failed to realize that its very difficult to sell a product that requires more work to make it solve a customer’s solution. This is the problem of middleware. What you’re selling needs to be integrated, and that requires more headcount, time, and incurs more risk to the customer. Enterprise middleware is even more tricky because usually the CIO that buys that product needs to show an ROI. If it takes too long to show that ROI they won’t bite. It’s all a matter of showing what you did with last year’s budget to get your next year’s budget approved. Your product needs to demonstrate instant ROI to avoid these pitfalls. Very costly and hard lessons were learned through the Identity Management middleware of my last failed enterprise. However it’s what enabled the one that’s succeeding today.

It’s a great time for VR based search engines to turn Internet interaction into a 3D exploratory experience rather than just listing a bunch of links with a search. I think this would rapidly overtake the lame link listing search engines of today and would appeal massively to the masses. And of course advertisements would take on a new interactive VR format (wink wink).

I guess it was a good wireless headset for music and teleconferencing. It freed me up while talking so I could pace, articulate, and just be myself as if in front of the person.

I use our own product, Subutai. It’s a peer to peer cloud computing system so it saves me a lot of money over using Amazon when I want to experiment with something. I can share resources with my friends and colleagues to immediately blow up things I need. Subutai ties all our machines together and makes it look like a single data close where we can just drag and drop apps into it. Eventually, I’d love to build a Jarvis like (Iron Man movie assistant to Tony Stark) assistant that just builds what I need to explore some new idea.

There’s no specific book I can name but I recommend everyone read a book on the blockchain and understand it. It will change everything in the world and you need to be aware of it.

Power is taken, it can never be given. That’s my personal Alex quote but I guess you wanted one that I did not come up with (someone must have said that though). One of my bosses told me something that I say to myself every day, “Life is hard when you’re stupid.”