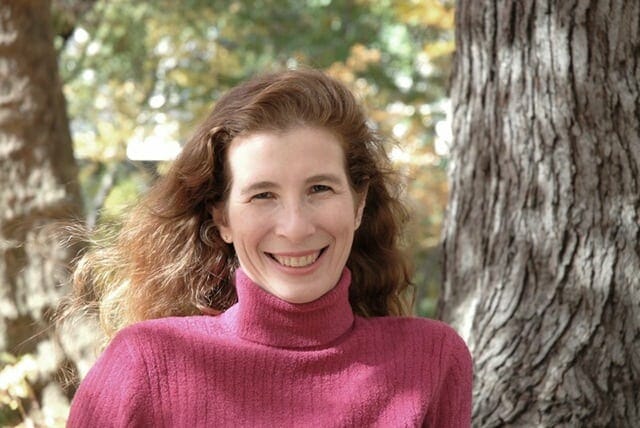 [quote style=”boxed”]I am ridiculously good at taking advantage of every free moment I have, to get work done. It isn’t easy with three kids, but I think the fact that I don’t have all day actually makes me more efficient and productive. Every moment I can, I am thinking about my business and how to make it better.[/quote]

Alina Adams is the New York Times best-selling author of Soap Opera tie-ins to “As the World Turns” (Oakdale Confidential,” “The Man From Oakdale“) and “Guiding Light” (Jonathan’s Story”), regency (“The Fictitious Marquis,” “Thieves at Heart”) and contemporary romances (“Annie’s Wild Ride,” “When a Man Loves a Woman“) and the Figure Skating Mystery Series (“Murder on Ice,” “On Thin Ice,” “Axel of Evil,” “Death Drop,” “Skate Crime“). She also works with other writers to help develop their multimedia properties (“The Worldwide Dessert Contest” by Dan Elish” and “Skinny Spices” by Erica Levy Klein). She is in the process of turning all of her previously published works into enhanced ebooks, with video, audio and other features including, for “Counterpoint: An Interactive Family Saga,” writing the story base d on what her readers want to happen next!

Where did the idea for the enhanced ebook Figure Skating Mysteries come from?

Before I had kids, I worked as a figure skating researcher for ABC, ESPN, TNT and NBC. That means that I worked in the production of television figure skating broadcasts. I was the one who got together all the information on the competing athletes for the announcers and feature producers. After I had kids (and couldn’t travel around the world the way I once used to), I wrote a series of Figure Skating murder mysteries for Berkley Prime Crime. They were released as paperback originals. A few years later, the world of publishing was turned upside down with ebooks. And not just regular ebooks, but also enhanced ebooks. Ebooks with audio, video and other additional features. One of the things I’d always found frustrating when it came to writing about figure skating, was that all the words in the world couldn’t convey the precise beauty, power, artistry and athleticism of a routine. But, what if you could actually SHOW what you were talking about? In conjunction with The Ice Theatre of NY, I have re-released my Figure Skating Mystery series, consisting of “Murder on Ice,” “On Thin Ice,” “Axel of Evil,” “Death Drop” and “Skate Crime” as enhanced ebooks, with all the text of the original novels, plus professional video to compliment it. Basically, you can read the book, then click a link and watch the performances I’m talking about come to life. It’s like having living illustrations!

Remember those kids I mentioned above? They have to be taken to school every morning and picked up from school in the afternoon. However, they also spend several hours there. Which means weekdays from 9 am to 3 pm, I am at my desk, writing new books, advising other authors on how they can turn their previously published novels into enhanced ebooks, promoting my projects and theirs, and completing other freelance assignments.

Through hard work, mostly. Not only have I turned my own previously published books into enhanced ebooks, but I work with other authors to do the same for theirs. This field is so new, there is no One Size Fits All. Heck, you can’t even steal other people’s ideas, because there aren’t enough of them out there yet! As a result, every project means starting from ground zero. I worked with children’s book author Dan Elish to turn his middle-grade fantasy novel, “The Worldwide Dessert Contest,” into an enhanced edition that also features its own, original musical theater score. I worked with cookbook author, Erica Levy Klein to turn her “SKINNY SPICES: 50 Nifty Homemade Spice Blends That Can Turn Blah Healthy Eating Into Flavor-Rich Delicious Dining” into a searchable by ingredient kitchen tool. Next, I’m working with a teacher of baby sign language to produce a book where you can actually see the signs as you read the s tory!

Enhanced ebooks, obviously! I’m a storyteller, at heart, and this just puts new tools at my disposal! I love that you can add music to set the mood, like my romance novel, “When a Man Loves a Woman,” or even make a story interactive. My series, “Counterpoint: An Interactive Family Saga,” is set up so that I literally write the next book based on reader feedback for the first one!

I am ridiculously good at taking advantage of every free moment I have, to get work done. It isn’t easy with three kids, but I think the fact that I don’t have all day actually makes me more efficient and productive. Every moment I can, I am thinking about my business and how to make it better.

I have had several jobs where I was hired to do one thing – my particular strength – and then, at the last minute, was tasked with doing something, not my strength at all. It did force me to learn new skills and, most importantly, to suck it up and do what needs to be done, whether you’re enjoying it or not. A vital skill for any entrepreneur!

I would learn to code so I could build the ebooks myself. Being able to control every step of the process, from creative to technical, means I get to be the rate-determining step, not someone else.

Learn as much about every step of the process as you can. That way, you can either save money and do it yourself or, even if you need to hire an “expert,” you know what’s required, how much time it should take, what it should cost, and if you’re being conned.

Partnering with other authors. Whether it’s a group sale, re-tweeting each others book news, guest blogging or sharing tips about promotions, multiple heads are always better than one. Always, always, always be on the lookout for people who know more than you do, and take full advantage of them.

Just one? I fail on a daily basis! I’ve had promotions that tanked, giveaways that didn’t work, content producers who were all set to partner with me then flaked out at the last minute. I’ve been misquoted, had wrong urls linking to my products, inadvertently offended opinion makers and neglected to take advantage of opportunities. How have I overcome it? One day at a time. Remember, there is always the chance to make even more, bigger mistakes.

Right now, Amazon and B&N’s platforms don’t support embedded video for independent authors (even though they have published their specs and let the big houses do it). However, you can get around that problem by including a YouTube link, instead. Both platforms will support those and, voila! You’ve got yourself an enhanced ebook!

I’m a writer of fiction, but I read mostly non-fiction. I find it gives me a much better understanding of who people are and why they do what they do which, in turn, enhances my fiction work.

A few years ago, after a panel on writing, a fellow author came up to me and said, “I’d love to do an enhanced ebook, but I’ve priced it out and those IT guys are so expensive.” “I sleep with my IT guy,” I explained. (It’s alright, we’re married.) “Oh!” she exclaimed. “That would be so much cheaper!” So what web services do I use? My husband. And what do I love about him? More than just his web services.

Find a best-selling book you absolutely hate. Read it. Remind yourself that there’s a world of customers out there, and they don’t all think or feel the way you do. Then try to solicit other opinions on your own work.

I read a story about Marion Ross, the actress who played Marion Cunningham on “Happy Days.” There was a new show being cast, “Brooklyn Bridge,” with a wonderful role for a Jewish grandmother. Marion’s agents called the producers and said that Marion had read the script and would love to come in and talk to them about it. The producers said that while they thought Marion was terrific, they just didn’t see her for the role of a Jewish grandma. The agent called back and said Marion would be willing to audition for the part (something someone of her status should theoretically be above). The producers auditioned her. They told the agent, she’s wonderful, but they just can’t see her for the part. The agent came back and said Marion would be willing to audition AGAIN. She did. And won a Golden Globe for the role. Moral: No never really means no. And NO ONE is above auditioning.