Alistair Hall – Owner of We Made This 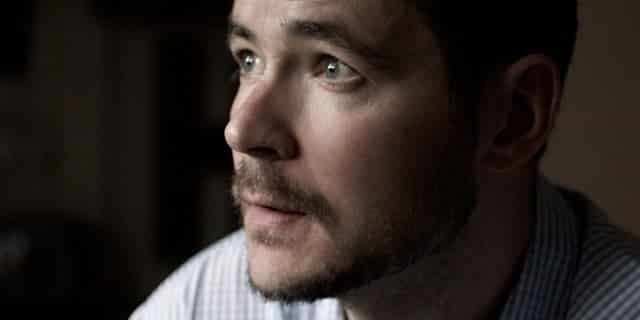 [quote style=”boxed”]Strap them to a table, attach some high-voltage jump-leads, and stand well back? Hmm… I don’t know really. I guess research is the most important thing. I try to find out as much as I can in terms of what’s relevant to a particular topic, and hope that the research will spark something. It generally does. When I get really stuck, I try to take a train journey. The motion of the landscape passing through a window view seems to shift my brain into a place where ideas can play around.[/quote]

Alistair Hall is a graphic designer who specializes in typographic print design. He runs his design studio, We Made This, and its associated design blog, www.wemadethis.co.uk. Alistair studied graphic design at Central Saint Martins and set up We Made This in 2004. He’s recently made stuff with Penguin Books, the National Trust, the Crafts Council, the Tricycle Theatre, and Historic Royal Palaces.

Alistair is also the art director of the children’s writing charity, the Ministry of Stories, and its associated shop, Hoxton Street Monster Supplies. He also teaches at the Graphics Summer School at Central Saint Martins each year. When he’s not doing design stuff, he sometimes gets busy with a camera.

Aside from this interview? I’m putting together designs for a new swatch book for the print company Benwells, showcasing all the great things they can do. It’s a really lovely brief. I’ve also got a cookery book waiting in the wings, which I’m dead excited about working on. And then there’s some ongoing work for the Ministry of Stories and their shop, Hoxton Street Monster Supplies.

Where did the idea for We Made This come from?

As soon as I decided I wanted to work in design, I knew I wanted to run my own company. After graduating from Central Saint Martins, I spent a year or so at CDT Design, and while there, I was told about a course that NESTA (The National Endowment for Science, Technology and the Arts) was setting up, called the Creative Pioneer Programme. The course was designed to help recent graduates from design and architecture courses set up their own companies. I got into the course, and learned a huge amount about the practical realities of running a business.

It generally involves: cereal and a banana, a brief read of the headlines of The Guardian, an invigorating, half-hour bike ride from my home in south London to our studio in Clerkenwell, the start-up “bong” sound of my Mac, emails, a mix of different design briefs, and catching up on admin bits and bobs. Throw in a bit of blogging, a bit of messing around with some photos, and a hefty dose of prevarication and faffing, and you’re pretty much there. I’m lucky enough to share a studio with two other very talented designers, David Pearson and Paul Finn, so there’s also a fair bit of chatting with them, during which time we veer from the finer points of post modernism (Paul) to the finer points of Grimsby football team (David).

Strap them to a table, attach some high-voltage jump-leads, and stand well back? Hmm… I don’t know really. I guess research is the most important thing. I try to find out as much as I can in terms of what’s relevant to a particular topic, and hope that the research will spark something. It generally does. When I get really stuck, I try to take a train journey. The motion of the landscape passing through a window view seems to shift my brain into a place where ideas can play around.

I tend to back away quietly from trends.

When I was a youngster, I stuffed envelopes for a day. It was a thankless task for less than minimum wage. I learned that if you’re going to do something all day, every day, you better enjoy it.

I’m happy where I am, and as we know from a plethora of time-travel movies, changing anything in the past is really risky. So I wouldn’t do anything differently. I earned a history of art and English literature degree after school, and then worked for a company that made TV commercials for a year or so (this was all before I realized that I was going to be a graphic designer). All of that has helped feed into what I do now.

Heck, I’m not an entrepreneur; I’m a graphic designer who happens to run a company. But I’m quite ruthless with my email inbox. If there’s an email in there, it’s because it needs a response. If it doesn’t, then I file it. It works for me. The other thing I try to do is go with my gut instincts. That means saying “no” to certain jobs if the vibe just doesn’t feel right.

I’d make the height of kitchen sinks adjustable so that you could move them to just the right height when you’re washing up. (I’m 6′ 2″ and they’re generally way too low.)

I once did a voice-over for a pasta sauce commercial.

The Day I Swapped my Dad for Two Goldfish. It’s one of the best kid books ever made. It contains a great story written by Neil Gaiman, and is brilliantly illustrated by Dave McKean.

Just one: @Peter Mendelsund. He’s a book cover designer and an all-around genius.