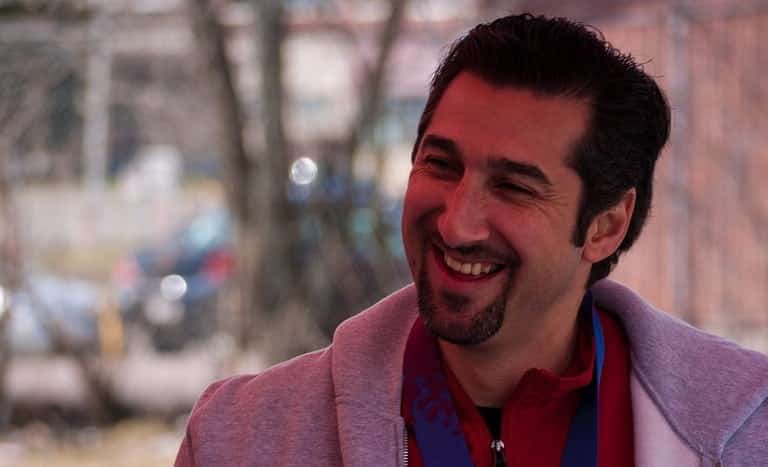 [quote style=”boxed”]I would be more conscious of how owning your own business causes you to sacrifice other parts of your life, sometimes costly sacrifices.[/quote]

A member of the 1994 silver medal Canadian Olympic team and CMG Sports president, Allain Roy serves as the personal representative of clients, responsible for enhancing their professional careers as well as their life after professional sports.

A graduate of Harvard University, Allain was the goalie of Harvard’s NCAA National Championship team (1988-89), a member of the 1988-89 NCAA All-Tournament Team, an All-American finalist (1991-92) and a member of the 1993 World Championship Team. A 1989 fourth round draft pick of the Winnipeg Jets, Allain had a brief NHL callup in 1993 before joining the Canadian Olympic team. He played for Jokerit, the Finnish Elite Champions, the Saginaw Wheels and the Kapfenberg Tigers (Austrian League). He had a career .904 save percentage.

After leaving hockey, Allain became president of Crimson Marketing and Management Group, the parent company of eGroupManager, Gateway Medicard, LLC, and CMG Sports. From ’97 to ’99 Allain served as VP of Operations for the St. Louis Vipers In-Line Hockey Club, the 1999 RHI Champions.

A native of Campbellton, New Brunswick, Allain is fluent in both French and English. He resides in St.Louis, MO with his wife Adrijana, his son Phillipe and daughter Jordanne.

Bringing cutting edge ideas to the world of sports agencies to better serve the client and maximize positive exposure and interaction for our athletes. We are discussing two new social media projects toward that goal.

Where did the idea for CMG Sports come from?

The idea for CMG Sports came from my passion for the sport of hockey. I have played since I was four years old all the way through an NCAA, Olympic and Pro career. Once I retired, I always had a hunger to go back to my passion, so starting a sports agency was the right fit.

We negotiate contracts for professional hockey players, and charge a percentage fee of their salary as professional athletes.

6 AM wake-up, check emails and texts from the previous night because we deal with European clients as well as North Americans. Quick workout and breakfast, and my phone usually starts ringing around 8AM. Usually troubleshooting calls or clients looking for advice or feedback. Free agency and draft periods tend to get more hectic, but during the season, we deal more with maintenance issues. Phone calls and meetings often go into the evening. Time with family at meals, sporting events, and special events.

I enjoy writing down my ideas, and laying out a plan on paper. I then share my thoughts with people on my team to get their feedback and I expect honest answers as to whether any of my ideas have legs, or whether I am following a pipe dream.

The world of social media for professional athletes is only in its infancy. I am excited about the opportunity to grow this market into the endorsement and entertainment world for our athletes. The possibilities of real-time interaction with fans, and the advancements in the technology that will lead us to an up-close experience with pro athletes really excite me.

When I was fourteen, I worked as a janitor for a furniture store while running a community cable channel studio. Quite the combination, running to switch out VHS tapes while giving the floor I was waxing time to dry. I learned at an early age how to multi-task, and I took away from the experience that I would make the most of all opportunities, just to make sure I would never return to that job.

I would be more conscious of how owning your own business causes you to sacrifice other parts of your life, sometimes costly sacrifices.

I take time to step back and evaluate my business on an objective front every few months. Comparing where we fall in comparison to the competition, trying to identify our strengths and weaknesses.

I let high-maintenance clients take up too much of my valuable time away from good clients. I have gotten better at identifying the problem clients earlier, and either rectifying the issue, or firing the client for the sake of the overall business.

An online interactive tool to teach the basic monetary system, all the way to sophisticated investment tools for teenagers and young adults. We need to do a better job of explaining to the younger generation how to manage their money.

I would change the currency of the world to “time”, much like a recent movie I just saw, because when you really drill down to what matters the most, we all have time that we don’t always cherish, and we will all run out of it at some point… and wish we had more.

I have always wanted to write a book, but I’m afraid no one would read it.

LinkedIn because it is simple to use and easily connects you to people with similar business interests; Twitter because it is the easiest way to get a quick and strong message across to many people; travel sites like Kayak.com and Hotels.com because they help save us money and are always so efficient.

Blue Ocean Strategy by W. Chan Kim because it will help you look at your company and business in a totally different light. It will change how you view yourself and your competition.

Last week watching the comedy “The Heat” with my kids. Watching them laugh makes me laugh harder. Love it!

My parents raised six kids to be successful adults while struggling financially. That makes them equally heroic.

Because I love the excitement of being involved in the process of an athlete achieving his dream. Nothing better than to witness that first NHL game, and that initial Stanley Cup held up high.

Where do you see yourself 10 years from now?

Hopefully at the top of the Hockey agency world, still doing what I enjoy, but with more time to spend with my family.