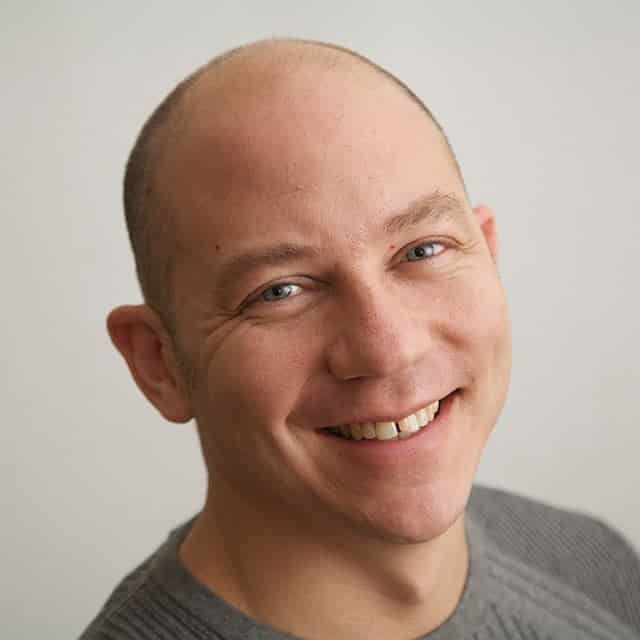 [quote style=”boxed”]To do something big you have to start at the ground level yourself so you can appreciate what really needs to be done as things scale up.[/quote]

Aly Khalifa is addicted to inventive culture. His firm, Gamil Design, has specialized in invention development and launched products for some of the most exciting sports brands in the world.

Trained as both an engineer and a designer, Aly has traveled extensively for 19 years to manufacture sporting goods design and technologies. His collaborations have garnered more than 16 patents, been nominated for a Grammy Award and exhibited in the Louvre.

Aly is a co-founder of Designbox, a leading multi-disciplinary workspace of creative professionals. Additionally, he founded and leads SPARKcon, the nation’s largest open source festival that promotes local creative culture. As a result he has garnered significant attention as a voice for the creative community, leading to lectures worldwide.

As an Eisenhower Fellow for 2012, Aly has met with top leaders in Thailand, Indonesia, Singapore and the Philippines to explore the connection between creativity, innovation, design, and manufacturing and the impacts of those efforts on SME development and global partnerships.

Aly and his wife Beth founded Lyf Shoes in 2012 to put their latest patent to work. Lyf fuses technology with just-in-time assembly at the retail shop, and eliminates adhesives in order to achieve a new standard in sustainability. The company was seed-funded by Cherokee Investments Group in 2012.

Most recently, his team has also successfully funded a new coffee brewer and technology called the Impress on the crowd-funding platform, Kickstarter. Fulfillment from that campaign was completed ahead of schedule and the Impress launched to consumer markets in late spring 2013..

We had a great Kickstarter campaign for the Impress Coffee Brewer and are now in commercialization. We were actually able to meet our forecasted timeline of initial production and fulfillment. Several improvements and line extensions have already been suggested by this amazing community and we’re now working to bring those to life.

Where did the idea for the Impress come from?

Years ago, we designed The Teastick, a single-cup tea infuser for loose leaf teas. It garnered a lot of attention and exposure from it’s unique design and ease of use combined with the high quality cup of tea it can steep. Customers immediately started asking us to create a Teastick for coffee. Of course brewing coffee is quite different than steeping tea, but it got us thinking. After three years of experiments we ended up with the final Impress design, with some great intellectual property behind it.

Our primary source of income has been design innovation services for large brands. We are now in full launch of the Impress as well, selling through e-commerce to people around the country and learning what it takes to extend that globally. The Impress has allowed us to put many of our insights and theories to work. It’s nice to have this new source of income and see how it changes our view of customer service.

Wake up and get a scope on the day with some Impress coffee! Breakfast time with wife and young son generally involves music and some form of dancing. Our workspace at Designbox is shared with other creatives, so the work day usually starts with a weird or inspiring or hilarious story from somebody. Quick team-sharing of today’s fires, and if lucky, into concentration time before lunch. Walk to lunch with my wife every day and then another jaunt with our dog who works with us. Afternoon brings in foot traffic to our retail store front. You never know who is going to walk in… Conference call usually sneaks in somewhere, then ideally another bout of concentration/creative time before the day ends. Last hour reserved for the email firehose before heading home or hanging out in Pullen Park.

Our job is to “creatively listen” to our inventive clients. That means to focus more on what they mean than what they say. Once we have an objective list on paper on what our mutual goals are, we generally move pretty fast. We do this with exhaustive alternative solutions until a hero jumps out at us. From there it’s all about working with the many partners we have developed in manufacturing over the past 20 years.

Combining new technologies with traditional manufacturing is the key to innovation for me. With the Impress, we had to be very technically innovative in some surprising areas to make our filters and seals function as simply as they do.

I don’t really think of jobs as best or worst, but there have been many jobs that were different than what I intended or anticipated. For instance, I was hired by my university transportation department to create a bicycle program, but ended up working mostly on the new bus system. I was resentful when asked to design the identity system for the Wolfline bus system… a logo that they still use 25 years later and I see every day. I learned to appreciate that every design opportunity might be the most important one.

Start small, and wipe those stars right out of your eyes. To do something big you have to start at the ground level yourself so you can appreciate what really needs to be done as things scale up.

We tried to get into the MP3 case market. It worked for a season, but we could not keep up with the pace of product changes and we didn’t have the relationships to get advanced notice of those changes. We learned that we needed to work within the context of our existing networks and build from there. We put this knowledge to use for The Teastick and were able to start from that base and expand further with the Impress. We used existing networks to understand both our market and our product better before introducing it to the world. The folks at Counter Culture Coffee, for example, were not only long-time friends, but also early collaborators and testers who really helped us improve our product so it could work beautifully with theirs.

Open Source Product Design. Not really a new idea, but one that does not have enough traction. I would love to see the refrigerator designed so that all components work to a universal standard: motors, doors, heat exchangers, etc. This could massively reduce our energy waste and landfill burden.

The biggest market in the world are those who make less than $4/day. If we took all our esteemed designers, engineers and scientists and focused on this market’s needs we could end a lot of suffering and bring more meaning to our lives.

Sometimes I create a to-do after I’ve done it, just so I can check it off.

Basecamp Classic – easy enough I don’t have to train anyone (New Basecamp is awful though). Google Spreadsheets – has good enough functionality to trade project data. Dropbox – nothing’s too big to share! All of this stuff allows me to travel lighter.

“The Universal Traveler” by Don Koberg – it explains how the design process is a journey of discrete steps – each of which needs a singular focus. It turns out that entrepreneurship is this type of journey too.

@OutofPoverty – Paul Polak is a hero in Design for the Majority
@mikebiddle – This guy is doing important work in recycling the mountains of plastic not normally recycled.
@newraleigh – If’n ya wanna know what’s going on around here.

Gandhi has always stood out to me as one of the few who accomplished so much without compromising his personal integrity. These two things normally contradict each other and are so rarely complementary.

“What are you working on next?”

Our next project is to re-imagine manufacturing as a local retail experience – for footwear!

Who is going to the finals in the next World Cup?