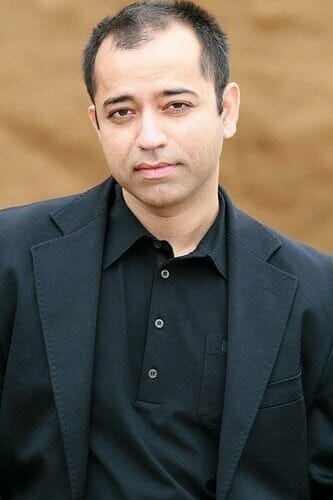 [quote style=”boxed”]I like to make lists. It’s quite simple and takes a few minutes in the morning. I do it on paper if it’s fewer than 10 items but move it to Google Docs or a calendar if it’s more. I need to write things down and then cross them off by the end of the day.[/quote]

Aman Naimat is co-founder of San Francisco-based Spiderbook, a networking tool that helps users learn how everyone the business world is related and discover the fastest paths to closing deals.

Previously, Aman was co-founder of TopCorner, a crowdsourced funding platform for politics.

Prior to these entrepreneurial ventures, Aman was an architect for IBM SuperSell Enterprise and Oracle CRM. He was the director of special projects for the CEO’s office at Oracle and senior director of product management in the Oracle database group.

Aman has founded and worked in various startups in search, trading systems, and enterprise software, and he has expertise in Big Data, natural language processing, and CRM technology. He also has a master’s degree in computer science, with research focused on natural language processing from Stanford University. Additionally, Aman earned a master’s degree in public policy from Stanford and is a fellow at Stanford Graduate School of Business.

Where did the idea for Spiderbook come from?

I’ve been working on sales force automation or CRM software since I was 19. After building, running, and implementing a dozen conventional CRM systems with many customers, I came to the realization that a CRM isn’t actually useful for salespeople. It doesn’t help them work more efficiently nor help them discover new opportunities. In fact, it doesn’t even help them sell. Most salespeople consider their CRM an administrative burden.

After seeing firsthand how profoundly users disliked all the conventional CRM apps, I became motivated to build something useful for salespeople. Recent improvements and cost efficiencies in Big Data and natural language processing technologies created the right environment for Spiderbook.

I adapted a variant of the Maker’s Schedule developed by Paul Graham, founder of Y Combinator, to better fit my style. I still actively program and am also involved with all aspects of our business, including sales, marketing, and operations.

I am very conscious not to waste all my time in meetings. It’s hard for me to get focused work done between meetings, particularly coding software. Every day, I have a theme: Monday is for internal meetings, Tuesday and Wednesday are for coding, Thursday is for demos and reviews, and Friday is for external meetings.

This is a productive way of working because switching contexts often wastes time, and having a theme for every day provides a way to avoid context switching. If I’m in marketing mode on Friday, then I just have our marketing meetings that day and fill in the time between meetings by continuing to work on marketing. Similarly, on my Tuesday and Wednesday coding days, I stay in that context the entire workday.

I’ve surrounded myself with really smart people, from specialists in various technical disciplines to business generalists. Once I get an idea, I like to write it down because writing helps me crystalize it. I rarely stay with an idea in isolation for more than four to six hours.

Instead, I put it through a rapid set of refinements, bouncing the idea off my network and gathering feedback. That helps me develop the idea further and patch its weak spots. I iterate on it within a week on paper, and if it’s a software idea, I move it into prototyping by day two or three.

I like to get results fast — even if they’re rough. Sometimes I put an idea up for testing, and by the end of the week, I know whether it will work in practice. My network helps me take a nascent idea to fruition, but the real world is the acid test.

The current ability to process the world’s data at scale is very exciting. That includes both structured and unstructured data, though most of it is really unstructured. Processing the world’s data could have been done 10 years ago, but the price point was out of reach for most organizations (except perhaps the U.S. government or Google) and would have cost about $100 million.

Today, not only is the price point reasonable for most organizations, but it’s also possible to get results within minutes. We often run multiple experiments over the whole Internet each day, which would have taken tens of millions of dollars before.

I think these efficiencies are going to significantly impact everyone’s life in the next decade, from drug development to agriculture to shoe shopping.

I like to make lists. It’s quite simple and takes a few minutes in the morning. I do it on paper if it’s fewer than 10 items but move it to Google Docs or a calendar if it’s more. I need to write things down and then cross them off by the end of the day.

I’ve loved all my jobs and learned a lot from each of them, so I cannot classify any of them as “the worst.” In college, I worked at the computer lab’s help desk as a support consultant from midnight to 7 a.m.

I learned two critical things from that experience: First is how to help people who are not tech savvy and who are grumpy at 3 a.m. because they’ve lost their paper. More importantly, I learned that most software is badly designed and that it’s imperative to make usable software. Come to think of it, it was actually a great job, and I really enjoyed helping the callers.

Get to customers as quickly as you can. If you have an idea, share it with your prospective customers quickly, and talk to them every step of the way.

I learned the price of not talking to customers enough when I worked for large companies like IBM and Oracle. Engineers and management are so isolated from customers that they just build the wrong thing. No amount of well-written product specifications can replace empathy and interactions with real customers.

We often build products and think of sales and marketing as something that happens after the product is done. At Spiderbook, we’ve made product distribution central to our product and have built landing pages and SEO. It works.

If you’re developing an online product, think about how you can utilize Google from the first day you hatch the idea. All aspects of the product have to work in conjunction with Google discovery, which means your product has to be unique enough to rank highly.

I’ve started companies with folks who aren’t 100 percent committed or moonlighting just to see what happens. I also started companies while working on my master’s at Stanford and juggling many things. Those projects took a lot of effort but yielded nothing. If you’re serious about a project, commit to it. I’ve overcome this issue by being single-minded and only working on one project at a time.

As a high-tech startup, we’re considered part of the “ideas economy,” but I think that’s a misnomer. Ideas cannot be given to someone else to develop. It just doesn’t work like that.

In the past, I’ve tried to give ideas and contacts to people, but unless they’re passionate about an idea, they can’t make it work. Plus, all ideas need to be evolved so much to actually work. They’re like children; you just have to raise them yourself.

I paint. I like to do that iteratively, as well. I finish my first iteration of a painting within an hour and then try to get it to an audience and then iterate. Sometimes, I keep on tinkering with it after the piece is hanging. That’s not so bad because it’s abstract art.

I am in love with Uber . It’s changed the way I approach transportation in San Francisco. I also love AlchemyAPI, a natural language processing package made by a startup in Denver. We use AlchemyAPI within Spiderbook.

I would like to recommend “A History of Western Philosophy”  by Bertrand Russell. I think modern universities don’t do enough to tie in different disciplines and philosophy. It’s important to connect the sciences with mathematics, logic, biology, history, and political science. Philosophy does that, and Bertrand Russell is the ideal teacher. (Apart from being a brilliant philosopher, he was also the inventor of modern mathematical logic.)

I have been influenced by a number of people. First is John McCarthy, who coined the term “artificial intelligence” and did seminal work in that field. He also invented the AI language Lisp and timesharing in computing. He passed away in 2011, but I had the opportunity to discuss many ideas with him while he was at Stanford. His blog and notes are still alive here .

On the business side, I’ve been influenced by Reid Hoffman, founder and chairman of LinkedIn. We’ve never met, but I read his blogs quite often. The series of his lectures on startups have deeply influenced my perspective. They can be found here: