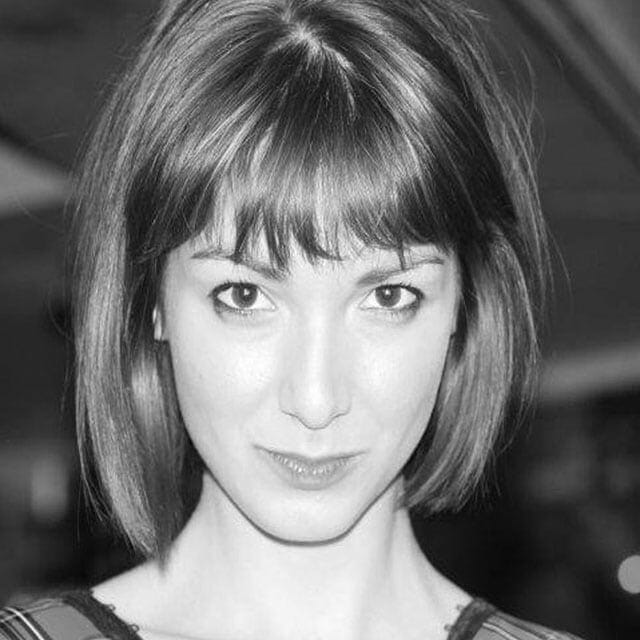 [quote style=”boxed”]I’m very visual. I carry my sketchbook everywhere that I go. I sketch and write out my ideas, which makes it easier to communicate them with my team.[/quote]

Fashion tech is Amanda’s world. She is a bit of an anomaly with a degree in Advertising from Boston University and a degree in Fashion Design from Parsons School of Design and experience in both industries. She has worked as a fashion designer for notable design houses, watched her work do down the runway at Lincoln Center, and dressed celebrities. But that wasn’t enough for her. She is passionate about creating industry and innovation, specifically for women in the Middle East. She wanted to create something that would create positive impact in the fashion tech sphere and being a part of the inaugural class of Boston Startup School gave her the confidence, knowledge, and support to start the greatest revolution in the movement to democratize fashion!

Born and bred Boston girl who has also lived in London and New York. I syphon the energy from the city that I’m in and I’m always on the hunt for what’s new. I’m passionate about creating industry and innovation, specifically for women in the Middle East, a long term goal of mine, but let’s focus on the here and now.

19th Amendment. 19th Amendment is a Boston based fashion tech company aiming to revolutionize the design and buying experience by creating a complete ecosystem of dedicated consumers, buyers and emerging designers. 19th Amendment connects consumers and buyers with emerging designers giving consumers the chance to interact with designers by voting on designs, and in return consumers can purchase semi customizable designs directly from their favorite designers at a wholesale rate. Buyers are then able to gauge real time market demand and place orders with new designers. Emerging designers are given a free platform on which they can interact with customers on a personal level and sell their designs in a larger market.

Where did the idea for 19th Amendment come from?

I am a fashion designer working on a debut line. I had two major problems from the get go – 1. Launching a line costs a minimum of 75k and there’s a high probability that it may fail because no one recognizes the brand, and consumers are slow to adopt new brands and because it’s new, and buyers hesitate to place orders with new designers. 2. Everywhere I went people kept telling me what to design and I couldn’t keep track of all of these suggestions. So to mitigate the risk of starting a line I should use problem 2 to solve problem 1. If I could build brand affinity and create products that I knew consumers wanted then launching a line would be much safer as I could go to buyers with current market demands for the products I create.

6am catch up on industry news.

9am head to the design studio in Back Back Boston I sketch, drape and work on 19th Amendment. I need to keep creative and constructive.

In the afternoon I’ll have meetings with my team, more designing, Dinner, a run to clear my head then more late night work on my rooftop – I use the Prudential at light source, bed at 1 or 2am.

I’m very visual. I carry my sketchbook everywhere that I go. I sketch and write out my ideas, which makes it easier to communicate them with my team.

Sustainability in everything. Design is all about balance and I think that should be reflected in every aspect of the finished product. From the materials used, balancing out the environmental effects of production by using sustainable materials, creating a sustainable workforce that protects workers rights and contributes to the economy.

Assistant Designer at a large design firm. There was no integrity, I was told to copy designs from dresses we would buy from Saks and Bloomingdales. It was an insult to my abilities, design sense and morals. I did not stay at the job for long.

I learned that integrity is essential to creating a better product. I think that consumers are becoming more aware of what actually happens in the design industry. This is why i want to help independent designers who design with integrity to get off of the ground. We need more of these ingenues and less of the copycat fashion robber barons.

I’d start sooner. The biggest hurdle thus far has been coming to the realization that I possess all the necessary tools and connections to actually make 19th Amendment a reality. You don’t need an MBA to be entrepreneur, you just have to have the guts to go out and make something.

Constantly take a step back, consult people outside of your employees and adapt. Startups that do not learn to pivot stay stagnant and fall apart.

Social network online dating – have your friends set you up with their friends. It happens already, might as well bring it to the Internet.

Give women more rights. When half of the global population does not have a voice we can only advance at half our potential. What I’d like to do to change this is to create industry for women in developing countries. Specifically safe work/live/learn communities in places like Afghanistan where women could produce clothing while also educating themselves and their children. The only way to create peace is to create jobs. Women make up over half the population in Afghanistan… they must be employed and be contributing to the economy for peace to happen.

My first business was illegally selling caterpillars in the third grade. The caterpillars were cheap – $3 but I had a slew of accessorises to go with them – homes, deluxe homes, food. I made a net profit of $33 on something kids could go out and find on their own. Eventual my operation was shut down by a teacher, don’t tell the IRS.

Twitter – I can connect with anyone or any company almost instantaneously
Facebook – I have multiple fan pages along with my personal page and alumni networks. It’s the easiest way for me to crowd source an idea.
Linked In – No one is hiding under a guise, it’s very straight forward and it allows me to separate my work and my social lives.

The Dress Maker of Khair Khana – I believe that women in the west have a responsibility to help bring liberty to women in less privileged areas of the world. Fashion is one industry that all women relate to, even in the Middle East. This book taught me about the positive impact that fashion can bring the world.

I had a reunion with my college friends from BU this past weekend. Being together again naturally we reminisced on our carefree years. It was important to take a break from work and focus on the things that truly matter, like life long friendship.

My grandfather, he came to this country with $50 a pregnant wife and two little girls and he spoke very little English. He started his own business and became very successful. Opportunity is what you make of the present not of what you have.

Why the name 19th Amendment ?

19th Amendment stands for liberty, choice and the empowerment of women. The 19th Amendment granted women the right to vote and the company is all about giving a voice to consumers, to designers and to buyers.