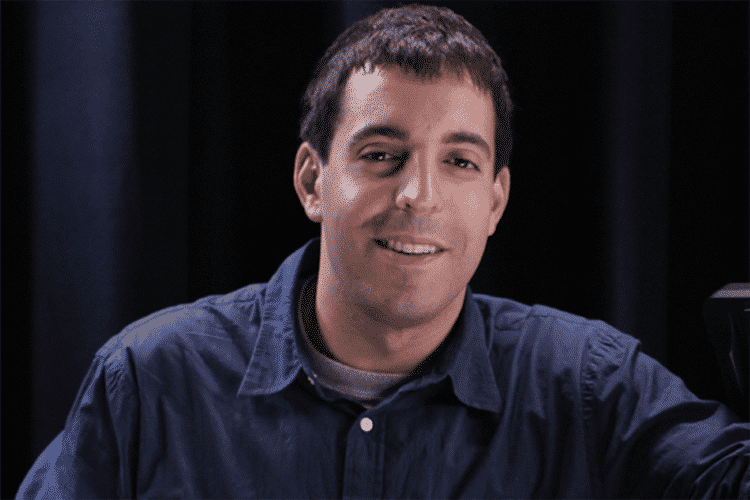 You are not going to be able to solely rely on your 4-year undergraduate degree as your knowledge-base, especially in a field with constantly evolving technology. You should constantly read articles and content, watch videos online, take classes, and network with other production professionals.

A lifelong resident of Westchester County, Andrew Dapolite grew up in the city of Rye where he got his first taste of television production through courses offered at the public studio facility located in his high school. Realizing at an early age that he wanted to embark on a career in television, Dapolite attended State University of New York, College at Oneonta for an undergraduate degree in Mass Communications, with a focus in production. Dapolite also minored in documentary studies and produced two short films, which have received numerous awards and accolades. Prior to graduating, Dapolite completed an internship program with Disney ABC Television Group as a Production Assistant on the syndicated morning talk show, “Live! With Regis and Kelly.” After graduation, Andrew Dapolite worked as a Production Coordinator at Rye Television, in the same studio where he began his television career in high school. The state-of-the-art studio facility provided assistance to students and adults alike through workshops and education courses with a focus on aiding the community’s non-profits. Dapolite also produced original programming for the city of Rye’s government channel as a producer, camera operator, and editor. Andrew Dapolite eventually moved on to the private sector, serving as the editor of the award winning film “Language of the Unheard,” and also as a media manager, editor and camera operator for Hi-Def Pictures, a New York-based video and film production company, producing content for major television networks and other high-profile clients. Today, Andrew Dapolite continues to produce television and web content for a variety of clients including NBC Sports, PGA Entertainment.

Where did the idea for Andrew Dapolite Video Productions come from?

Andrew Dapolite Video Productions was naturally an extension of what I was already doing as a freelance videographer and editor. By establishing my own company, I was able to challenge myself by branching out as the lead producer on assignments. I began hiring my own crews and took on the same responsibilities of many of the people I had worked for as a freelancer. This provided a whole new avenue for creativity as I oversaw all aspects of production.

As a video and film content creator, no day is typical. Call times can range from 5 a.m. to midnight depending on the assignment. I may find myself shooting video from a helicopter one day, and working a soundboard at a corporate event the next. We always try to maintain a full schedule, and thankfully, the diversity of our clients ensures that we never get bored!

Often the first step is a pre-production meeting with the client. The client describes the project and they explain their vision as detailed as possible. We offer our own suggestions and set realistic boundaries. People unfamiliar with the production process are sometimes not aware of all that is possible, or they may think we can be in ten different locations in a day which is usually not possible. Many of our clients are open to our creative ideas, others expect us to stick to a very strict script or outline that they have constructed. On set we are always making small changes and modifications and provide the editor with numerous options for post-production decisions. We believe that you cannot write the story you are trying to tell entirely in advance which is why we are constantly recalibrating.

Aerial videography and the use of drone technology has breathed new life into many of our projects. With this new, relatively inexpensive method of obtaining aerial views, compelling scenics and establishing shots, it is easy to “overdo it,” but we find it to be very effective when it is done tastefully. Prior to this technology being made affordable within the last 5 years, producers and videographers would have to rent helicopters for hundreds or even thousands of dollars. Their pilot would have to file flight plans and maintain a specific altitude which made certain shots impossible. Now, with drones, we can get where we need to be within minutes.

Late night editing sessions. I find that some of our best work comes from “burning the midnight oil.” It is during those hours I can shut off the phone and really hone in on an edit project without any distractions.

You are not going to be able to solely rely on your 4-year undergraduate degree as your knowledge-base, especially in a field with constantly evolving technology. You should constantly read articles and content, watch videos online, take classes, and network with other production professionals.

While I respect the Star Wars and Lord of the Rings franchises, those movies are a bit overrated.

I recommend everyone take time for themselves and steps away from a project every so often. While this is sound advice for all professions, I think it applies ten-fold to video and film production. This can be hard with deadlines looming, but similar to “writers block,” an editor and video producer can easily fall victim to “editor’s block.” Taking a break and coming back fresh with a new perspective is sometimes the only way to power through that.

Networking with other video producers; individuals who are older, more experienced and have faced the same pitfalls common in the industry and among those who start their own business. By engaging these veterans on a regular basis, I developed my own panel of experts who I can lean on when issues arise.

Early on, I worked with a colleague in creating a hyper-local video news website. We had some success early on, however, it was hard to keep up with the site and generate relevant news content on a daily basis. While advertising may have been able to support written editorial content, we couldn’t quite make it work for video as there was considerable time that went into pre-production, filming and editing content, even short-format news pieces.

Funeral videos. I know it’s sounds bizarre, borderline inappropriate and somewhat intrusive, but I have fielded multiple requests this year alone asking if I could film a funeral service and compile family pictures into a slideshow. It’s not really my line of work, but I think in a few years time, slide show videos in funeral parlors will become as standard as purchasing a casket or a funeral plot.

Gaffer’s tape. You can never have enough gaffer’s tapes. Not only can it be used to jerry-rig equipment, but for taping down wires and creating a safe production environment, it is crucial.

I use the Adobe Creative Cloud as my main software package for all creative works. I primarily use Adobe Premiere, however, Media Encoder, Photoshop and After Effects are all really important adjunct programs.

“The Age of Netflix,” is a great read and extremely relevant. It is a collection of essays about streaming media, digital delivery and access to content. Our delivery methods for our work has changed dramatically within the last ten years. As a content producer like myself, as well as a consumer, it is fascinating to see how far we’ve come and consider where we might be in another ten years.

“Some of the world’s greatest feats were accomplished by people not smart enough to know they were impossible.” – Doug Larson

• Sometimes it’s important to reflect upon your career and yourself. Recalibrating your accomplishments keeps things fresh and you are always left chasing the carrot.
• Very few people can achieve their goals alone. Surrounding yourself with the right people and building a network is an important step forward.
• Recalling your failures or mistakes is perhaps the best way to prevent them from happening again. When you fall short of the finish line, dust yourself off, get back up and keep moving forward.