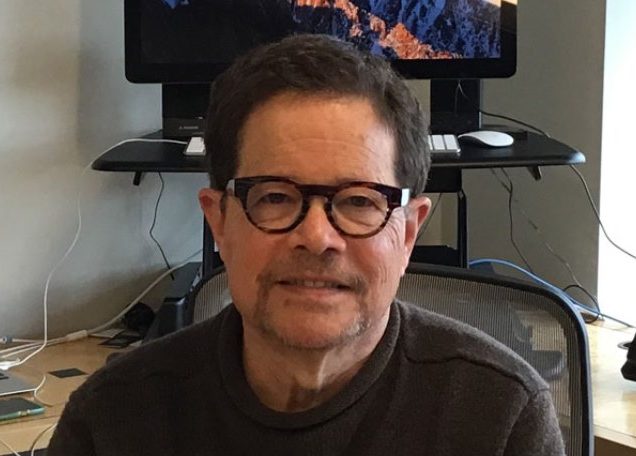 The truly important accomplishments in your life will largely be invisible to others. Life is about building character in you.

Andrew C. Grossman’s interest in medicine took him to John Hopkins School of Medicine where he received his MD. He later returned to school and received his MBA from Stanford Graduate School of Business.

He founded Ambient Consulting in 2000, now one of the largest, private IT firms in the upper Midwest. He has since founded many successful private companies in medical science, marketing, software development, and more.

He served as a trustee at the Walker Art Center in Minneapolis for several decades and he is very involved in the Jewish community in Minneapolis.

A devoted family man, Andrew C. Grossman places a lot of importance on spending time with his four kids and grandson, whom he regards as his legacies.

Back when I was running Gelco, it was pretty cutting edge at the time in terms of how it used software to manage businesses. When I left after it was purchased by GE, I was aware of technology and I knew that it was the future. I wanted to find a way to be at the frontier of where things were heading and I just happened to run into a person working at IBM who I hadn’t seen in years.

Then the two of us spontaneously put the idea for Ambient Consulting together on the back of a napkin. Very little can happen in this world without computer software, so I wanted to be where the action was.

Let me start by saying that I’m struggling with the word “typical” because I don’t have a 9 to 5 job. I’m working 24 hours a day, seven days a week. When you run a private business you’re never off. So, I have a lot of meetings throughout the day, but I also spend a lot of the day thinking about things and making sure that I have “mind-space”, that my mind is free to just look at things fresh. I like to be called in to solve a problem or to shift people’s perspectives to look at things a different way, so I set aside at least two to three hours a day just to reflect on the big picture. I try to think about what people, what partnerships, what subject matter experts the company needs to perfect a great idea or a great process. My value to my organization is high-level strategic thinking and creative thinking.

So, most of the ideas we have here come out of previous projects. When we start with an idea, we start with a really big idea and then we have to kind of focus it down into something we can tackle, control and implement. When we finish that project, there’s always something left that we wanted to do that we couldn’t. There is always more opportunity or more ideas then what we can implement. Coming up with new ideas is not a problem here. It IS the problem — we have too many.

I’m a student of politics and I deal with a lot of high powered people. I’m worried about where society’s going in terms of its moral orientation. Politically, I think the world is taking a step back in terms of nationalism and tribalism, a lot of selfish kind of orientation. And that’s disturbing. But there’s always these little shoots of opportunity and hope and that excites me. So, I think that we’re all struggling right now, but I’m excited by the notion that as bad as things are, things will correct themselves and something really good will come out of it. There’s an excitement about, “wow, we could all really kind of figure this out.”

In terms of my own business, we’re entering the world of artificial reality or simulated reality, whether it’s virtual reality, augmented reality, or artificial intelligence. All these technologies could be harnessed to rapidly accelerate our quality of life. We have all this biomedical technology now with advanced genetic engineering and we will be capable of far more effective disease prevention and treatment in the future. If we leverage technology in humanitarian ways, society is going to evolve forward in a big way. And as long as our political systems can keep up with it, it’s a really good thing.

I think the fact that I’m very mindful of creating what I call “mind-space” to just think about things at a high-level and question assumptions is really critical.

I would tell a younger Andrew C. Grossman to have command over his emotions, to not be quick to anger or rush to judgement. When I was younger, I was more reactive. Even though I think I was fairly controlled, I don’t think I had the fine tuning I have now. My impatience with people in certain circumstances could have been avoided, and I tore myself up inside over things that probably weren’t all that important.

I’d also tell him that life is not about banking awards or collecting trophies to put in your bookcase. Life is an adventure where every day you accumulate valuable experiences. See everything, do everything, meet as many different types of people as possible. Expose yourself to every imaginable circumstance – test your intellect, test your courage, test your integrity.

The truly important accomplishments in your life will largely be invisible to others. Life is about building character in you.

What’s really important about you is the way you conduct yourself when it really matters. The thoughts you have, the compassion you do or don’t have for people. People shouldn’t live for the external thing because it’s really not rewarding in the end. The real reward knows yourself, not the limited vision people have of you.

I find people do not like risk-taking. The one thing that I’m really surprised about in business over and over again is how difficult it is to get people to understand, appreciate, and act on a good idea.

“Try to do something a little different from the pack.” You have to be able to distinguish yourself from your competitors in a meaningful way. So, coming up with a legitimate position in the market that distinguishes you from everybody else is the name of the game.

When you’re an entrepreneur and you’ve been in business for 40 years like I have, you have a long history of things you’ve tried and failed at. The hardest thing to do is just recognize that you failed, write it off and move on.

When you’re at the top of the company, you want people to be candid with you. Employees don’t want to tell the boss he has a dumb idea or it’s not going to work. That’s really difficult to deal with all around. And trying to get people to have the courage to say, “Hey boss, that’s just not a good idea.” I mean, there are some people around here who will do that but it’s a tough go.

The best money I spend, no matter the amount, is on my wife and I get the greatest pleasure out of it too. Sometimes a small gift is more precious than buying her, say, a new car. It’s the little things I do for my wife from time to time to remind her that even though I’ve got a big head, she’s important to me.

Cloud technology, it’s critical for anybody now. To be able to use it to work on a new idea is really terrific technology. The big players, Microsoft, Amazon, IBM, they’re all developing really fascinating cloud technology that small entrepreneurs like me can leverage.

Honestly, I think the Bible is the most important book that’s ever been published. And the numbers bear that out. Whether you believe it literally or you think it’s symbolic, there’s something in the Bible for everybody. There is some type of inspiration or story that has deep meaning for every single person. And I don’t mean just the Christian Bible, but I’m saying any scripture will work, whether it’s the Hindu vedas or the Quran. I think scripture per se is life-giving. But even if you don’t believe in the spiritual part, just the stories are so instructive.

We all get into really depressing, difficult circumstances where we think the situation is just too big for us. But what Churchill saying is, look, we all go through hell, but you have to never give up and eventually, you’ll work through it.

● To be an entrepreneur, you need to be willing to take risks and devote your life to it 24-7.
● It’s important to look at things from all perspectives and keep an open mind.
● Always stay ahead of new technologies and new ideas
● Your family is your most important legacy