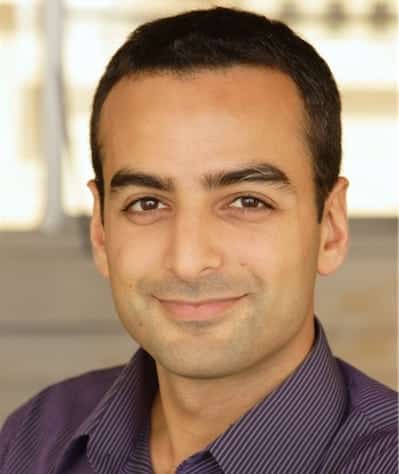 Andrew Warner is the founder of Mixergy.com, a popular interview site that helps ambitious people who love business learn from experienced mentors. In his 20s Andrew created a very successful business ($30 million + per year in revenues) called Bradford & Reed which actually was one of the 20 most popular Internet properties at one point.

And that is the end of Andrew’s third party bio. Andrew has been an inspiration to us at IdeaMensch since day one, and getting him to do an interview was a huge win in our book. So, we are going to let him tell his own story – in first person. And then we’re going to get into our first video interview which Andrew and Mario did via Skype.

Starting out in business

In my early 20s, my brother Michael and I started an internet company called Bradford & Reed. Michael is a clever developer and I’ve been a passionate salesman my whole life, so we teamed up. Our first product was an email newsletter. That business did okay, but Michael and I didn’t become entrepreneurs to just do “okay.”
So we tried a bunch of different ideas. One of them was online greeting cards. We started out creating our own cards, but we quickly realized that we didn’t have an eye for design. So we focused on what we knew best. Michael coded up a system that enabled designers to create shareable electronic greeting cards. And I went out and sold ads so we could generate revenue from those cards.

Our revenue grew to over $1 million a month. I was in my mid-20s and Michael was still too young to rent a car on a business trip, but we made it. We were processing over 400,000 greeting cards per day. If you have access to traffic stats from around the year 2000, you’ll see that we were a top 25 property. (Here’s a chart showing Bradford & Reed as a #19 property in terms of traffic.)
Because we were so lean, Bradford & Reed grew beyond greeting cards into other internet businesses. It was fun. We were lucky to work with very smart people who were also our friends. The startup atmosphere of the company allowed us to keep experimenting with business ideas.

In 2003, I was burned out. I used to think that only wimps took breaks, so I foolishly worked nonstop until I couldn’t keep going. Michael and I sold the business. When I worked on Bradford & Reed, if anyone asked me, “what’s your exit strategy?” I proudly said, “death.” I wanted to be like my heroes in business, people like Sam Walton, Malcolm Forbes, and Warren Buffett who spent their whole lives building 1 company. But I didn’t have any more to give. So I had to move on.
The Mixergy Story

In 2004, I got started on one of my dreams: to be like the mentors who infected me with a passion for business and taught me how to build my company. I started speaking at colleges and even scheduled one-on-sessions with people who wanted my help. It was all very small, slow and not very fulfilling.

Then, I read about this underdog who was running for president. His name was Howard Dean, and even though he was a nobody he was suddenly growing a movement. I thought the key to his success was his local meetups. So I figured I’d copy his idea and use meetups to help businesspeople. I called my events “Mixergy,” a combination of the words “mixer” and “energy.”

From the start, the events were a hit, but then I got distracted. I became obsessed with building an online invitation to manage the events. I spend thousands of dollars to develop the right invitation. Then tens of thousands. Then, before I knew it, I was spending hundreds of thousands of dollars. It was all my own — hard earned — money. And it was all spent on a system that wasn’t part of my main mission.
So I admitted failure and re-focused on the events.

Then I discovered interviewing. Smart people were coming to my events and I wanted the rest of the world to meet them and learn from them. So I did interviews and posted them online. I found that I loved learning and asking questions. And I kept getting emails from people who loved the interviews and told me what they learned helped their businesses.

Neil Patel, who I met when he spoke at a Mixergy event, kept pushing me to talk about my Bradford & Reed experiences. I thought he was trying to make me into one those get-rich-quick gurus, so I refused. But Neil is a smart guy, and he convinced me that people had a natural curiosity about who I was and why I was doing this work. He kept assuring me that talking about my track-record would help my mission at Mixergy because it would add to my credibility.
Neil was right. Once I did this post and showed my financials, Mixergy took off.

What Mixergy is today

The people who speak on this web site or at live Mixergy events are businesspeople who take some time out of their schedules to help teach others what they learned from their own experiences. They are people like Jimmy Wales who taught us how he got the world to help him make Wikipedia into a world-changing site. And people like Gregg Spiridellis who told us how it felt to watch his company, JibJab, get reduced to almost nothing, and taught us how he turned his business around.