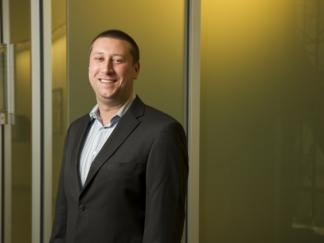 [quote style=”boxed”]Cut out meetings. Shorten them. Skip the small talk, and figure out how to make the meeting last 14 minutes instead of 15. Save everybody time by being efficient. Invest that time in genuine one-on-one interactions, learning, and development.[/quote]

Andy Barkett has more than a decade of experience working in strategy and digital engineering. He’s the CTO for the Republican National Committee and the CEO of Getexp Inc.

Previously, Barkett worked for Facebook, where he was in charge of dozens of engineers on six production-engineering teams that were responsible for thousands of servers and scaling systems in mobile infrastructure, messaging, advertisements, News Feeds, platforms, and payments.

Before that, he worked as senior director of engineering for Livescribe, senior management consultant for NVIDIA, and a technical program manager for Google.

He is also an active investor in America’s future generations and an angel investor for multiple startups.

Why are you passionate about the industry you’re in?

Dan Ariely said, “Big Data is like teenage sex: Everyone talks about it, nobody really knows how to do it, everyone thinks everyone else is doing it, so everyone claims they are doing it.”

There’s a reason why everyone talks about it — Big Data’s potential to grow businesses and provide new business models is immense and largely untapped. At Getexp, we use our expertise in Big Data infrastructure and software development to help marketers, software designers, and all sorts of startups.

What I’m passionate about is that every single conversation I have is a conversation about how we can help fundamentally transform a business, a campaign, or even a whole political party. I feel like a strategy consultant, a software engineer, a data scientist, and a marketer all rolled into one.

My day is split between my responsibilities as CTO of the Republican National Committee and my job as CEO at Getexp. This makes for a really, really long day. I’m usually at Starbucks by about 8 a.m. answering emails. The late morning and midday are full of conversations with engineers, mostly about scalability or infrastructure design, reviewing new companies or partners, or talking to potential customers.

I try to concentrate for an hour or two in the afternoon and use R to work on a data science problem or write some code for something (after I drink a Red Bull). Lately, I’ve been working through a Coursera course on computational finance and econometrics in the evenings.

I believe that ideas are a dime a dozen. What matters is the skill and drive to realize them. I see all ideas through the agile development lens. What can I do today to prove part of this? Can I write pseudocode? Can I try some open-source thing that already does part of what I want?

When the project gets bigger, I grab a buddy and say, “Let’s tackle this thing right now in the next four hours. You do the front end, and I’ll do the server side.”

Usually, after a week or two of experimenting, we’ve either given up or made the first prototype of something. After that prototype, I put on my business hat and start thinking about where to take it next.

I learned a lot of this philosophy while working at Facebook. That company is amazingly fast and agile for its size. Facebook is like that 330-pound offensive tackle that runs a 4.9-second 40-meter dash and can tiptoe through an obstacle course while catching flies with chopsticks.

I think machine-to-machine transactions are the real key to the Internet of Things. Let’s say we really do have every refrigerator, car, and thermometer instrumented and connected. Then we collect all that data and present it to the user. That’s a great start, but the really fun part would come next, when we teach the machines to interpret data about one another and act on that interpretation.

I am a relentless reader. I read about 100 books per year. I have to do most of them by audiobook at 2x speed to fit them into my daily driving time. This is how I keep up on a variety of topics, from new programming languages to science, history, or business.

When I meet someone new, no matter what his field, I can always find something we have in common or something that will interest him that I learned from my books.

I worked at The Medical Board of California in high school. I fixed computers. It was thankless and extremely bureaucratic. Half the people sat around watching and offering “advice” like, “Don’t run that program. It will make the hard drive crash and catch on fire.”

Thanks. Great advice. I’ll watch out for that.

I would pay more attention in college. I went to the University of California, Berkeley, and took classes from Pulitzer Prize winners and perennial Nobel Prize considerees Greg Mankiw and Barry Eichengreen. I learned a lot at Cal, but I realize now that I could have learned so much more.

Cut out meetings. Shorten them. Skip the small talk, and figure out how to make the meeting last 14 minutes instead of 15. Save everybody time by being efficient. Invest that time in genuine one-on-one interactions, learning, and development.

For example, I have a meeting every day that’s scheduled for 15 minutes. Sometimes it’s eight minutes. When it’s eight, I think about how I could have made it seven minutes. There are six people in the meeting. Shortening the meeting by two minutes per day adds up to an hour saved every week.

We’ve had really great success with two things: taking on dirty work and investing in employees.

To grow, we need two things: customers and engineers to work with them. Growing both sides of the equation is critical. We’ve acquired customers by taking on difficult projects, saddling ourselves with technical debt, and diving into them when no one else wanted to. We’ve retained engineers by spending time (and money) making sure that staying with us is a better long-term career choice than leaving for another

I think the first 20 or 25 times I tried to start a business, I failed. I didn’t understand what was important, so I got bogged down on things like how much insurance will cost when that wasn’t critical to the kind of business I was starting.

I spent a lot of time on business plan templates and not enough time thinking about the core model of how I was going to make profits. The epiphany for me was when I learned that business plans usually don’t matter. They’re plans for execution. That comes later. The key thing early on isn’t the plan; it’s the demonstration of a profitable concept that you can prove.

I learned by trial and error and developed a philosophy that I still live by today: In a startup, everything is a risk. Minimizing risk is easy: Don’t launch the startup. If you’re going to start, though, then you have to accept lots of risks. You have to focus on the really big things and just live with the other risks. Once you get used to this, you can get over that hump and actually get something started.

There’s so much activity in the photos space. Facebook, Instagram, Dropbox, Apple, Samsung — they’re all involved in it. The consumer side is saturated. What about the enterprise side, though? Could businesses be using photos to manage their operations better? Could they be using user-generated content to market themselves better? I think there are still huge opportunities in that space.

If I had been a girl, my name would have been Julie.

I love Google Apps for its simplicity. Amazon Web Services is a backbone for tons of projects. I love R, which is a powerful tool. I got addicted to using Mitro for team password management, which was just acquired by Twitter.

“Leadership and Self-Deception: Getting out of the Box” by the Arbinger Institute. This book changed my whole outlook on management and made me a much more sympathetic manager and co-worker.

In my job as CTO of the Republican National Committee, I’ve gotten to meet luminaries such as Stan Druckenmiller and Condoleezza Rice. I’ve made a presentation to 44 U.S. senators. I’ve worked with the CEOs of major corporations. Yet, despite all that, no one has taught me more than my own mom and dad.

My mom taught me basic science, grammar, and the power of curiosity. She gave me a lifelong love of reading and writing. My dad taught me logic, history, economics, double-entry bookkeeping, and how to be a man.