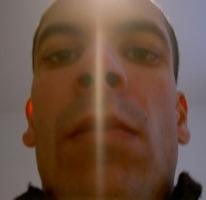 Anibal Damião is the CEO and co-founder of InfluAds, an Advertising Network serving simple, yet highly relevant ads that people actually want to see. Anibal is a Portuguese dude living in Denmark. He is driven by minimalism and relevancy, both professionally and personally.

Anibal is a Computer Scientist at heart. He graduated from University while running a small web development and hosting company called Alojix before moving to the corporate world. After doing a lot of hardcore Telco development, he decided to move to Denmark in 2006 where he took an MBA from Copenhagen Business School. The next 2 years were spent on the Advertising Agency doing digital stuff for beer and pharma clients. The challenge to turn the world of advertising upside down, focusing on relevancy through minimalism came in the end of 2009.

Right now I’m fully dedicated to InfluAds, an Advertising Network that aims at fighting against what ads became. Influads does minimalist advertising. We have a one ad per page model, ad which is simple yet highly relevant to the key target audiences. We carefully curate communities around different topics to make sure that influence, relevancy and value are the norm to audience, publishers and advertisers.

1. Minimalism/simplification.
2. Power of people on the web .
3. The long tail.

Life, people’s needs and challenges. Nature and especially the sea seem to be a thinking platform with recharging effects (not sinking – thinking). People that I admire area  huge inspiration. People and challenges that make me feel dumb. Everybody should feel dumb once in a while.. and then act upon it 😉

My biggest mistake was avoiding making mistakes. It’s important to play the game and try to be the best at everything that you do. That, without the constraint of fearing mistakes can produce awesome outcomes. All other mistakes (many to count) are mostly irrelevant.

Laws of Simplicity and the The Four Steps to the Epiphany.
A phone is the best tool to make things happen and the web-generation seems to avoid it somehow. I’m trying to be better at actually talking directly with people.

When will you feel that you achieved something professionally?

When I see that the medium or people that i work for had an impact on their lifes and when my outcome allow me to give back to society.

So, you believe in Buddism. What would be the coolest reincarnation ever?

A descubridor. It must be awesome to set sail on a fragile piece of wood with a bunch of society rejects to find that the world isn’t square and that sea monsters don’t really exist (or that we can face and overcome them even if we don’t understand that they don’t). Doing this, while making a business out of it (with long-term vision and planning) must be something. You can’t argue the entrepreneurial mission of creating an alternative route through the edge of one unknown world.