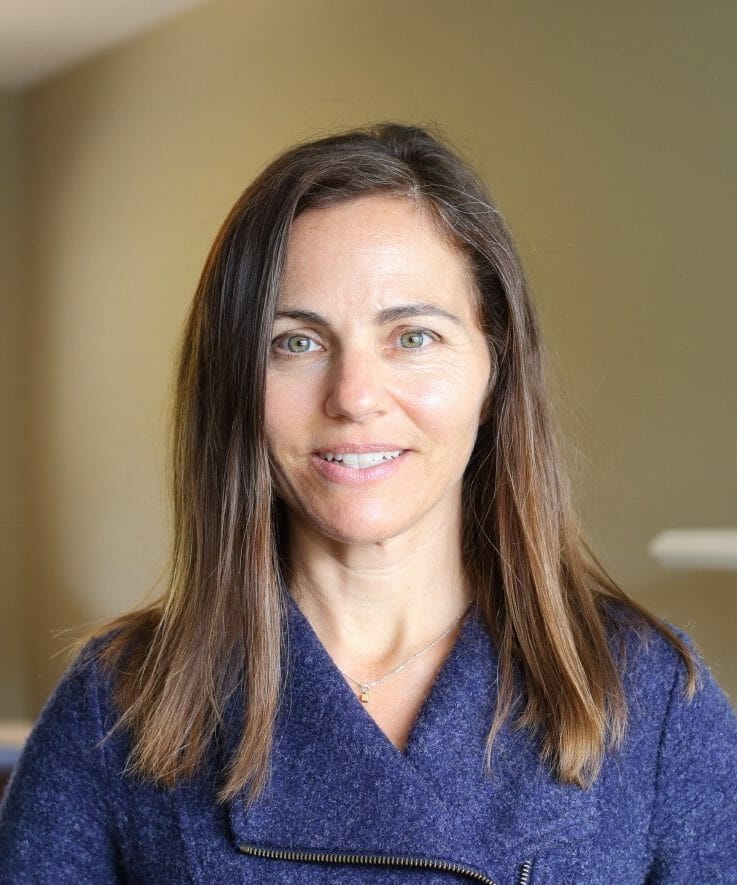 Stay engaged with whatever element of your business makes you the most excited about your long term vision.

Annabel Hertz is founder of Goodbuy Sugar (GBS), an online platform that recommends “good buys” in low-sugar, low-carb (LSLC) sweets, and maps the locations of businesses providing fresh versions. GBS also highlights entrepreneurs in the LSLC space, tracks news in sugar and health and offers guidance on avoiding (pre)diabetes in its So Long, Sugar blog— which will be expanding into other areas, including more detailed reviews of LSLC sweets. She hopes to eventually develop an app to make it even easier for consumers to locate freshly-made sweets, and to contribute to certification and/or labeling in this emerging area of business.

Previously, Annabel worked in international affairs on behalf of NGOs. During that time, she lived primarily in Washington, DC and Europe, but also in Boston, New York and Kingston, JA. She still remains involved in the nonprofit world as a consultant and also writes fiction (political humor) about that world. Based on her love of sweets and experience reversing pre-diabetes— which took over three years—she created GBS so that others who need or want to dramatically reduce their sugar intake can feel like kids in a candy store again. Annabel recently relocated herself and GBS to her hometown of San Francisco.

After learning I was prediabetic, I overhauled my diet. Sweets were particularly hard to kick. I made low-sugar, low-carb (LSLC) versions at home, but found that otherwise it was a real dessert DESERT out there. It was a pain point I was sure others had to be experiencing as well. I tested recipes with a goal of selling LSLC sweets at local farmers’ markets but in the process I realized I might be more effective as a catalyst—given that pre(diabetes), awareness of sugar’s impact on health, innovative cuisine and demand for healthier alternatives are skyrocketing globally. Based on several years of reviewing low-carb retail products online, I thought I could help more people by finding, sharing and promoting what’s already out there, including in the freshly-made space. GBS is intended to help spur wider uptake and availability of LSLC sweets.

Can’t say I have typical days, but a productive day at this early stage includes creating content, in-person networking with small businesses making healthy sweets/potential partners/users of the site, and reaching out or responding to supporters via email or phone.

GBS is just coming to life now, but with past ideas it’s been via strong vision or desire plus persistence plus flexible methods.

The growth in commercially-available, low-sugar, low-carb (“LSLC”) sweets —which mirrors the growth of our site. I find the intersection of functional foods, alternative sweeteners, and creativity very exciting. What’s not to love about the ability to eat sweets without raising one’s blood sugar? I envision people being able to buy a piece of “LSLC” cake, perhaps with a clear label (a la ‘gluten free’) whether they are in large cities or tiny villages. It’s also exciting to see small businesses and cottage industries that provide LSLC sweets popping up, and meet people and families who are creating second careers out of this. I believe the existing ‘diabetic food market’ is in need of re branding and we are only on the cusp of what’s possible. I want to help people navigate this emerging trend, make healthy and tasty choices and have their low-carb cake and eat it too.

Having several creative outlets, allowing my mind to get distance and find solutions to things while being enagged in other areas.

That she can do several things—not a million—but several at once, and she need not mistake focusing on one thing for success. I was a bit too nose-to-the grindstone in certain areas for my own good. And even though I’ve always been adventurous, I wish I’d taken more risks. I was always busy trying to create stability for myself so that I could have a foundation from which to take risks, but I took fewer risks as a result. Also, a politician I once interned for told me that in politics, you don’t feel you’ve created anything concrete at the end of the day. My younger self heard that but it still took some time to discover that, in addition to working in international affairs, I needed to do things that were tangible and connected to and impactful for individuals more directly.

That you can be effective pursuing several interests at once. Most people disagree with that. But if you’re a multipotentialite, you know this is true: we’re often more productive when we can cross-pollinate among several ideas and activities. The paths of course aren’t going to be at same level of engagement, time investment or commercial viability. I find it ironic, though, that people admire even greater ‘diversification’ in the rich and famous, or in so-called Renaissance Wo/men, but for everyone else, they think you’re just unfocused.

Stay engaged with whatever element of your business makes you the most excited about your long term vision.

We’re really in start up mode and testing ways to monetize but online advertising, word of mouth and creating content that is searchable and related to news in sugar and health and the So Long, Sugar blog are helpful. It’s been very helpful for me to learn how to maintain the site to some extent, to create the content and to meet entrepreneurs in this space. I hope to partner with complimentary businesses like diet coaches because people need this.

It’s too early to know if GBS will succeed or not, but when I launched a homemade card business after college, I soon realized that despite stores’ interest in stocking the cards, I wasn’t motivated to create such intricate, individualized cards in large quantities and for strangers. The joy and purpose I’d found in making them was because they were for close friends and family. I’m still a visual artist but, since then, I’ve only sold artwork that I’ve produced from a place of enjoyment and inspiration. The card experience taught me that not all activities, even ones that can be monetized, should become one’s primary means of making a living.

I so hope that someone will invent sound proof-ish fabric that can be wrapped around loud appliances in the home when they’re in use, and to use as curtains in an airplane to denote where the ‘screaming infant’ section begins (airlines can offer discounted fares to people willing to sit in these seats if there are not enough infants/parents to fill them).

For GBS, that would be the last $100 spent on local transport to, and purchase of, fresh sweets as well as some store-bought products. I love knowing and tasting what’s out there, talking to producers and being able to recommend new finds.

I use WordPress and was lucky to have help from a very good designer and some initial training from a brilliant coder. I use it for the site—the store, the blogs and the map.

This is not a business book, and I don’t know if the community would find it interesting, but I recommend E.H. Carr’s The Twenty Years’ Crisis, 1919-1939: An Introduction to the Study of International Relations because it’s a classic that shows how the dichotomy between “idealism” and “realism” was created both philosophically and in policy. It provides insight into the historical context (his) in which these concepts were solidified and how they still inform modern debate, and it also shows how using a narrative of opposites can create a powerful dialectic. Since that book came out, all of us (not just IR theorists and practitioners) have been reinforcing, reframing or synthesizing some version of these two concepts to get at “the truth” about war and peace. However, I think the book can also sensitize readers to bipolar thinking, the power of framing and the quest for synthesis in other areas, including business.

For business specifically, “If you think you’re too small to have an impact, try going to bed with a mosquito.” (Anita Roddick) and for creative endeavors more generally, “Imagination is more important than knowledge” (Einstein).

• Pain points are meaningful motivation and it’s likely others are experiencing the same.
• If an idea won’t leave you, figure out what version makes sense to test.
• Meet people where they are and be present for them.
• Before you hire someone, see whether you can do that thing yourself.