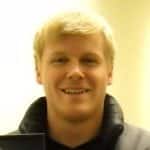 Anthony Adams is the creator of THC-The Hangover Cure at www.drinkthc.com, an all-natural powder drink mix formulated to alleviate symptoms associated with, you guessed it, a hangover. The initial inspiration for The Hangover Cure came about while Adams was in college in 2004, where he noticed a void in the market for such a product, especially one properly marketed towards the college-aged and 20-something crowd.

Putting his idea on hold to get a ‘real’ job, Adams worked for IBM out of college as a software sales rep and was laid off in 2009 during the height of the recession and decided the corporate route was not for him. He then launched his product with virtually no resources or funding and in under one year has been featured on NBC, CNN and Jim Cramer’s Mainstreet.  Adams’ marketing of THC-The Hangover Cure has been hailed as “awesome” & “revolutionary” in a recent write-up in Thrillist. The Hangover Cure currently has customers on six continents, including the largest shopping mall in Africa.

Search engine optimization, which takes a lot of time and patience. I’m really big on what I call search engine branding right now, which is giving your business a Google-friendly name. You can name your product/service anything, but having a name like The Hangover Cure is going to help you naturally show up for search terms related to your product, like ‘hangover cure’. It gives the little guy a chance.

1. The recession. As odd as that might sound. Because it’s given a lot of people the opportunity, whether they wanted it or not, to break free of the corporate world and really figure out what they are passionate about.

2. Increasingly health conscious consumers. For obvious reasons with a product like mine. It’s so much easier to strike up a conversation with someone about the benefits of an ingredient like milk thistle extract of L-Cysteine than it was ten years ago.

3. Functional beverages. And we are just seeing the tip of the ice berg of what’s to come. So instead of trying to be the next Coca Cola and all things to all people, you have weird niche beverages like Zico and Drank and my product emerging that target a specific need with a very targeted market/demographic.

All I’ve ever tried to do is scratch my own itch. My mom had a background in holistic nutrition and I suffered from crippling, horrible hangovers. At the same time, there really wasn’t anything on the market that appealed to me, nothing had any ‘buzz’ around it. So I just created something that I would want to buy myself, with marketing that appealed to me. And I don’t listen to anyone else. That way, if my idea fails, at least I followed my heart and can’t blame it on anyone else. It’s all on me.

What is one mistake that you¹ve made that our readers can learn from?

I didn’t do a good job of buying my product’s domain name, from an SEO perspective. I’d definitely recommend working at least one keyword you are looking to target in Google into your URL. It just makes organic rankings so much easier.

My friend turned me on to a supplement that is still very much ‘underground’ right now, but I think it could really blow up if done right.  Google the ‘miracle berry’ and start researching it. That’s the name, it’s not the goji berry or the acai berry, it’s just called the miracle berry.

Essentially, you take a capsule of it, and for about two hours, your taste buds get altered. So sour and bitter foods like lemons suddenly taste like cotton candy. It’s bizarre, but college kids on the east coast are having ‘flavor tripping’ parties doing just that, eating these weird foods. It’s obviously a niche product, but I think that if marketed correctly and publicized a bit more, there is money to be made. There are a few companies out there that sell it online, but none of them have done it right. So I’d get in touch with a supplement maker, slap a clever label on it, and start marketing it to college kids. I just don’t have the time to do it right now, unfortunately.

What’s been the most surprising aspect of running an online business?

The amount of international distribution interest we have received. I think the old-school, proactive entrepreneurial spirit is much more alive in countries like Ireland, New Zealand, Canada, etc. than it is here. I guess everything isn’t as corporate, so we get small business owners who contact us, buy in bulk, and then push The Hangover Cure themselves out of trunks of cars, street fairs, open markets, all that cool stuff that we don’t really see in the States that much. There is just so much less red tape to deal with, which I love. Buy something and sell it at a profit, that’s all they care about.

How do you stay motivated through ups and downs?

I’ve had more downs than I would care to recount and doing your own thing is very mentally taxing at times. When I have a rough day, I just think about the fact that I would probably be having a bad day working for someone else anyway and given the options, I’d rather be stressing about my own business. So it comes with the territory. I learned early on that the highs are fleeting and the lows are never as bad as they seem at first, so it’s just a matter of keeping things in perspective and learning as you go.