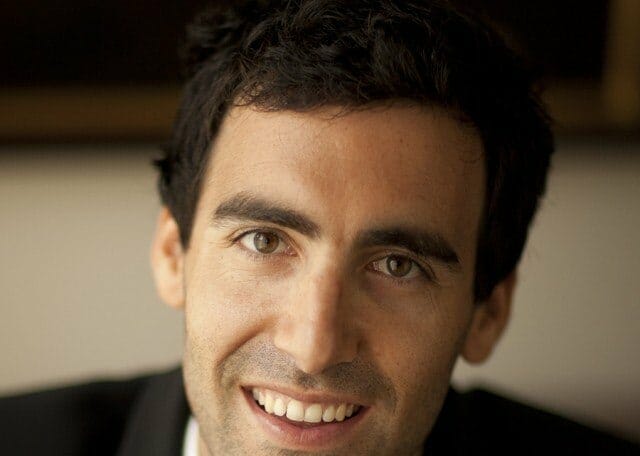 [quote style=”boxed”]Refine your narrative. Stories are really powerful and being able to tell a good story helps you attract customers, investors and recruits.[/quote]

Anthony Goldbloom is the founder and CEO of Kaggle, an innovative solution for statistical/analytics outsourcing. Before founding Kaggle, Anthony worked in the macroeconomic modeling areas of the Reserve Bank of Australia and before that, at the Australian Treasury. He holds a first class honors degree in economics and econometrics from the University of Melbourne and has been published in The Economist and the Australian Economic Review. In 2011, Forbes magazine cited Anthony as one of the 30 under 30 in technology and Fast Company featured him as one of the innovative thinkers who is changing the future of business.

Trying to recruit talented developers and data scientists to Kaggle.

Where did the idea for Kaggle come from?

I was doing an internship with the Economist magazine. I was writing a piece on the coming age of big data. When you say you’re from The Economist, everybody wants to talk to you so I had the chance to interview big company CIOs.  Most said that using the insights of big data was a priority but the product is difficult to buy.  When choosing between one vendor offering a Support Vector Machine for $6 million and another offering a neural network for $5 million, it’s impossible to know which will work best.

The irony of this situation is that in the academic community, most data scientists are struggling to get access to real-world data.

This is a classic market failure and Kaggle is the solution: match up companies that have piles and piles of data with researchers pining for access to it.

The only structured part is the skate to the office (I’ve recently taken up roller blading). Otherwise, early stage startup life is a bit all over the place. Last quarter I spent much of my time pitching to investors. This quarter I spend much of my time reading resumes. As one of my colleagues puts it, from VCs to CVs.

I tend to feel a sense of urgency when there isn’t one. It’s both a strength and a flaw. It means I get things done but also means I can’t relax.

A bit obvious given that I run a data startup, but the trend to open data. One of the things Kaggle has shown is that if you open up your data to a wide audience, pretty awesome stuff can happen. In Kaggle’s case, opening up data has helped astronomers map data matter and HIV researchers predict the progression of HIV viral load.

Worst Job: working in the toy department of Target during Christmas.

Lesson Learned: apply to move to the hosiery department 2 months before Christmas.

I came to programming pretty late. I wish I’d started at a younger age.

Refine your narrative. Stories are really powerful and being able to tell a good story helps you attract customers, investors and recruits.

The market for talent is huge and terribly inefficient, so there must be opportunities for disruption. One small idea in this vein is a chat roulette for job applicants. Job applicants queue up at a given time and the interviewer clicks the “X” when they’ve heard enough and want to reject the candidate. If an employer doesn’t feel like they have to grant a full hour to a job applicant, they might be willing to interview with more speculative candidates, possibly meaning they end up rejecting fewer qualified candidates.

I’ll do one fun, one life and one work:

Surely You’re Joking, Mr. Feynman! by Richard Feynman and Ralph Leighton. It’s inspiring and a great illustration of the power of curiosity.

I let Pandora decide. My tastes are a bit offbeat. At the moment I’m rotating between a big band station, an Edith Piaf station and a Klezmer station.

If you weren’t working on Kaggle, what would you be doing?

Having recently watched the Search for Bobby Fischer, I think Josh Waitzkin is pretty awesome. Reaching the top of his field in two distinct disciplines, chess and Tai Chi, is remarkable.

If you could change one law, what would it be?

The law of gravity. I’m a kite surfer who’d like to be able to jump higher.

Do you have a personal philosophy?

A lot of what we take to be true is complete rubbish and questioning conventional wisdom can be hugely rewarding.