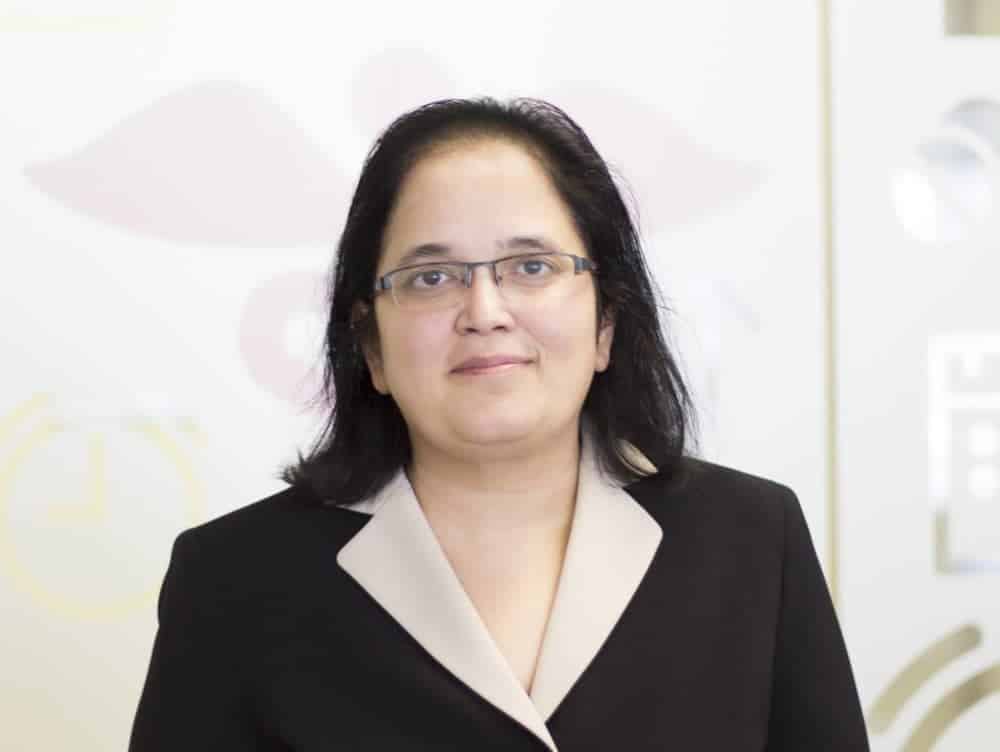 Don’t let the lack of female technologists stop you. Become a role model yourself.

Anuja Ketan is the CTO and Co-Founder of NewtonX, the world’s first AI-powered knowledge access platform. Prior to founding NewtonX, she was the CTO at Zillion, one of the largest healthcare marketplaces in the world, where she won a Woman of Innovation award and was a contributing author for Fortune. Before joining Zillion, Ketan served as Vice President of Technology at Northrop Grumman where she worked with the U.S. Department of Defense and Google. Prior to that, she was the Senior Director of e-Commerce Technology and Architecture at Pitney Bowes, where she built and led the team that oversaw the conception, architecting, development and deployment of Pitney Bowes’ international shipping engine, which has generated billions of dollars in revenue to eBay, PayPal, Google and Pitney Bowes. Ketan specializes in the architecture, design, development, and deployment of mission critical cloud/web-based systems with a focus on performance, compliance and agility.

Where did the idea for NewtonX come from?

NewtonX is the world’s first AI-powered knowledge marketplace. My co-founders, Germain Chastel and Sascha Eder noticed that traditional expert networks were slow, imprecise, and not cost effective. Because matching experts with clients was a manual process for these incumbents, it could take up several days for a client to get the information they needed — a timeline that often didn’t work. They reached out to me in need of a co-founder to develop an algorithm that would automate the process of identifying experts and matching them to clients, and a strong automation framework to actually connect experts with clients in a fast and cost-efficient manner. So we developed precisely such a solution, which is now the crux of NewtonX.

I have a unique workplace structure: I live in Connecticut but take the train into New York City and stay there Monday- Thursday to work with my co-founders and the rest of my team in-person. I work remotely on Fridays, and also do heads-down work on the four hour train ride between New York and Connecticut.

I prefer to communicate digitally with my team for trivial matters, so that we’re not constantly interrupting each other. That said, I have regular meetings each week with my co-founders and members of other teams to ensure that we’re all regularly communicating and up-to-date. Our entire company is also heavily reliant on Slack, and we use various Slack channels to stay current with different projects.

As a technologist, bringing ideas to life is what I do. In the context of NewtonX, my co-founders and I ideated a vision of an AI-powered knowledge marketplace, and as the CTO I have developed the infrastructure to bring that idea to life.

I’m very interested in edge computing as a response to the proliferation of IoT devices. I believe that in the immediate future we will see the cloud giants — Amazon, Microsoft, etc. — responding to the need for real-time data processing by setting up micro-clouds. This will be an interesting development to witness.

Maintaining work-life balance. Being a founder is tricky, because you feel like your work is more of a hobby than it is a job, which can lead to becoming a workaholic. I have a family, though, and it’s always been incredibly important to me to spend time with them. I’ve found that by maintaining clear lines between work time and family time, I’m actually able to be more productive during the hours that are exclusively devoted to work.

Don’t let the lack of female technologists stop you. Become a role model yourself.

There’s been quite a bit of doomsday talk lately about AI taking over jobs. But I believe that automation is in a sense a natural progression and evolution of human growth. Improving productivity will always be the goal of human society, and if one group refuses to do it, another will. As such, we need to train people with new skills that fit into an increasingly automated world. We need to provide a support infrastructure for those impacted, and make sure they too reap the benefits of artificial intelligence.

I do user centered innovation — where I identify problems that myself and other consumers are facing, and then work on solving them. Most people are actually fairly adroit at identifying problems, but then just let them be. They say “this process is really slow!” and then move on with their days. I recommend that aspiring entrepreneurs take note of problems and spend time trying to fix them — from the most mundane, everyday issues, to the larger, business-worthy problems.

From the beginning, we have been a revenue-focused business. So many companies today seem to view making money as an afterthought — which is a dangerous mindset, and for many has proved untenable. While this should be a given, in Silicon Valley it’s a bit rare to see a company as small as ours generating as much revenue as we have in the first year. This has made us appealing both to candidates and to potential clients: we proved the viability of our product from the very beginning.

In a startup it is difficult, if not impossible, to maintain a balance between speed and quality. Startups tend to emphasize agility over all else, but if quality is lost in the process then ultimately the company will fail. I have definitely fallen prey to this tendency in the early stages of my career though, and have had to rein myself in and remember that it’s better to do things well than to do things quickly.

At any given moment, there’s always a decision to be reached, a tightrope to walk, and judgement calls to be made. As the company matures, though, quality is what takes you to the next stage, and it’s important for entrepreneurs to remember this and occasionally sacrifice speed to quality.

Take anything in your life that moves too slowly, and automate it. If you feel annoyed about waiting in line, being placed on hold, or wading through a bureaucratic environment, chances are you can streamline that process through fairly simple automation.

The best $100 I recently spent was on the round-trip train ticket to and from New York City. I really value the flexibility I have in terms of spending time in the office and spending time with my family, and I’m happy that I managed to found a NYC-based company (located right by Grand Central, no less!) without uprooting my home.

As I mentioned above, my team loves Slack. I have geographically dispersed team across 3 continents. Slack is therefore a hugely important tool for us. It helps us communicate regularly, but without interrupting each other verbally.

I recently read “Sapiens: A Brief History of Humankind” by Yuval Noah Harari and loved it. It puts our time on earth in perspective — and is incredibly informative to boot!

The name for NewtonX comes from a quote by Sir Isaac Newton, one of the most influential scientists of all time — he said, “If I have seen further it is by standing on the shoulders of giants.” Because NewtonX could not exist without the unique knowledge of our experts, the technological advancements of our predecessors, and the creativity of our team, we felt that this quote perfectly embodied who we are. Like Newton, our mission is innovation, but we are also humble and recognize that this innovation wouldn’t be possible without the ‘giants’ whose shoulders we stand on.

• The key to productivity is work-life balance. Give yourself space to unplug and spend time with family so that you’re at your most productive during work hours.

• We’re moving toward an increasingly AI-based, automated future, and businesses that provide such solutions will be successful.

• Emphasize quality over speed; that’s what will matter in the end.

• Revenue matters — making money shouldn’t be an afterthought, even for a startup.