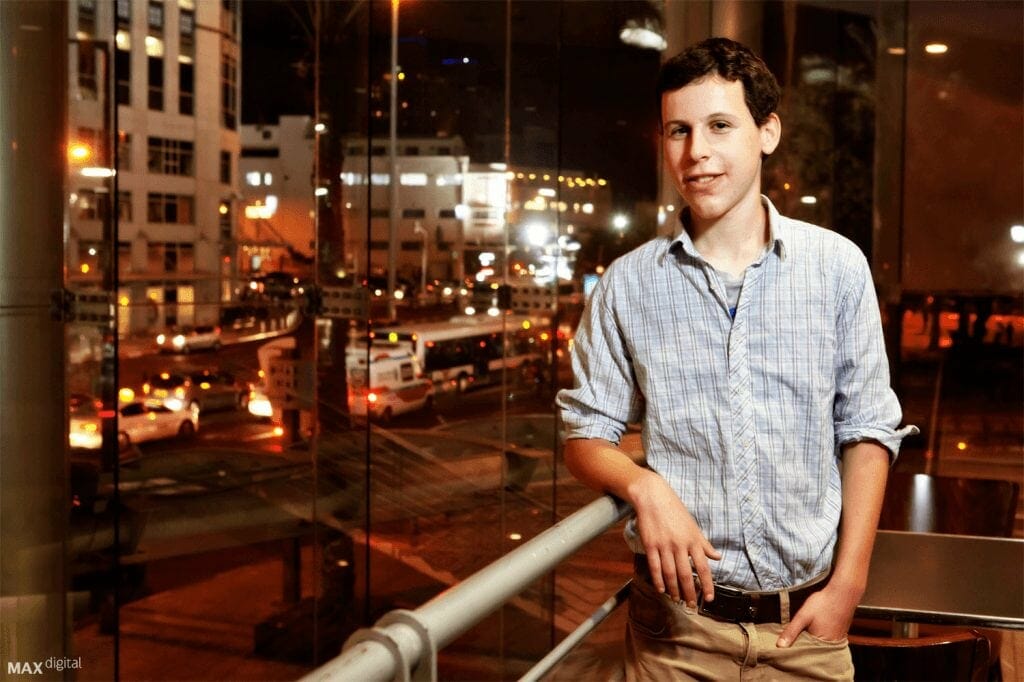 [quote style=”boxed”]I’ve failed over and over quite a few times. I’m not saying it’s always good to fail, but in the beginning it’s a great way to learn. I’d much rather fail now than in the future.[/quote]

Ben Lang is an 18-year-old Internet entrepreneur whose journey began at age 14 when he started his own eBay business. He’s the founder of EpicLaunch, a popular blog for young entrepreneurs. Ben’s also the founder of MySchoolHelp, a site for students to find and share notes from their schools.

Right now he’s living in the Tel Aviv area of Israel, working on the marketing team at Wibiya and will be joining the Israeli army in March.

Where did the idea for your businesses come from?

EpicLaunch – EpicLaunch began as a blog for young entrepreneurs a few years ago in my name: Ben-Lang.com. Slowly guest posters began to trickle in so I decided to rebrand the blog to EpicLaunch. Since then it has grown much more in terms of community and traffic.

Wibiya – I only joined the Wibiya team a few weeks ago. I’m helping out with online marketing, social media, blogging and everything in that realm. Wibiya’s beginning is a very interesting story, even more so, because of its acquisition by Conduit.

MySchoolHelp – MySchoolHelp started as a note sharing site for high schoolers 2 years ago and was called RamazHelp. It was very successful and had an adoption rate of more than 70%. Due to that, I decided to expand the service to all high schools which is how MySchoolHelp got started a few months ago.

Innovation Israel – Innovation Israel is the leading community for Israeli entrepreneurs, investors, venture capitalists, angels, developers, scientists, researchers and recruiters with close to 3,000 members. It began as just a Facebook group and has now evolved into something much bigger.

I’m not a coder myself, however I’ve been using WordPress to make sites for a few years. Even though it’s limited, it still has tons of potential use cases. Through it, I’ve created blogs, portfolios, a note sharing site, small business sites and more. Whenever I have an idea, I buy the domain name, install WordPress, put up a WooTheme (the placeholder theme until it’s ready to be launched) and work on it. If it’s too sophisticated to make in WordPress, I find a coder to create the site.

Mobile payments. As of now, Square and Paypal are dominating but there is so much more room to grow.

Thankfully I haven’t had a bad job yet.

I’ve failed over and over quite a few times. I’m not saying it’s always good to fail, but in the beginning it’s a great way to learn. I’d much rather fail now than in the future.

I was just thinking about a chat support widget for mobile sites. Something similar to Olark but built specifically for mobile. I think that could be an interesting venture.

Dig Your Well Before You’re Thirsty by Harvey Mackay. It’s an old book but as it says, it’s “the only networking book you’ll ever need.” After reading that book, I understood how important networking is and it has helped bring me to where I am.

I only listen to Israeli music so the artists on my playlist probably aren’t familiar to many people.

If you weren’t working on Wibiya, MySchoolHelp, EpicLaunch and Innovation Israel, what would you be doing?

Good question, I certainly would have a lot more spare time. I’d probably go over my list of ideas and work on more interesting projects. Ideas I have plenty, time I have less.

This image made me laught out loud: . It was from College Humor: . The first 4, representing Facebook, Netflix, eBay and Twitter very much resonated with me.

What difficulties do you run into as a young entrepreneur and how do you overcome them?

At first it was difficult to build trust, especially at the age of 14. Many people were hesitant about sending me their items or even meeting me in person. But once they realized that I could do the same job as someone twice my age, they were fine with it. The older I got and the more businesses I got into, the more trust I was able to gain.

What do you do with your “spare” time?

I enjoy hanging out with my friends in my spare time. I’m also very much into running, skiing, tennis and biking. Unfortunately, working on a bunch of startups doesn’t leave too much spare time though.